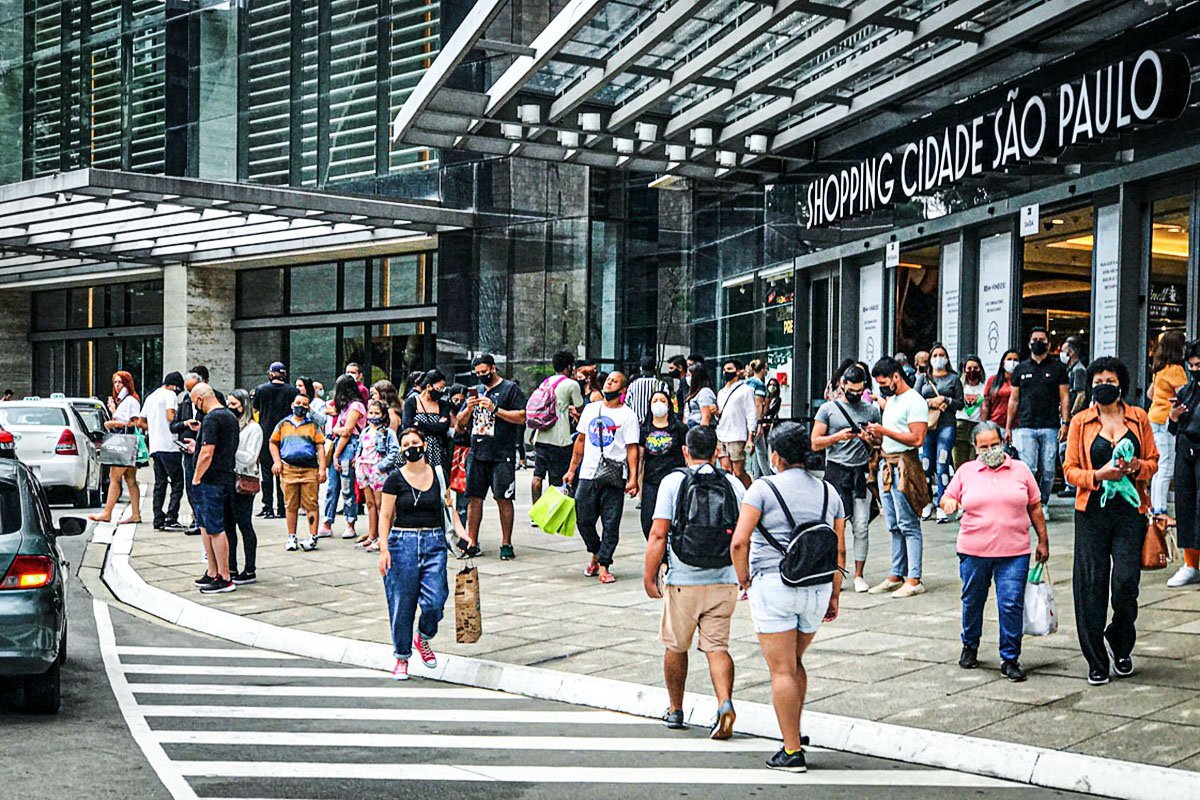 Movement in front of a shopping center in São Paulo. (Roberto Parizotti/Public Photos)

After a first semester with slow vaccination and many economic activities closed, Brazilians are optimistic about the next six months. According to the most recent EXAME/IDEIA survey, one in three people believe that the economic situation will improve by the end of the year.

This sentiment is in line with the expectations of the Ministry of Economy, which this week raised its Gross Domestic Product (GDP) growth forecast from 3.5% to 5.3% in 2021.

The EXAME/IDEIA survey interviewed 1,258 people between the 12th and 15th of July. The interviews were carried out by telephone, with calls to both residential landlines and cell phones. The survey is a project that brings together EXAME and IDEIA, a research institute specializing in public opinion. The margin of error is plus or minus three percentage points. Click on here to read the full report. 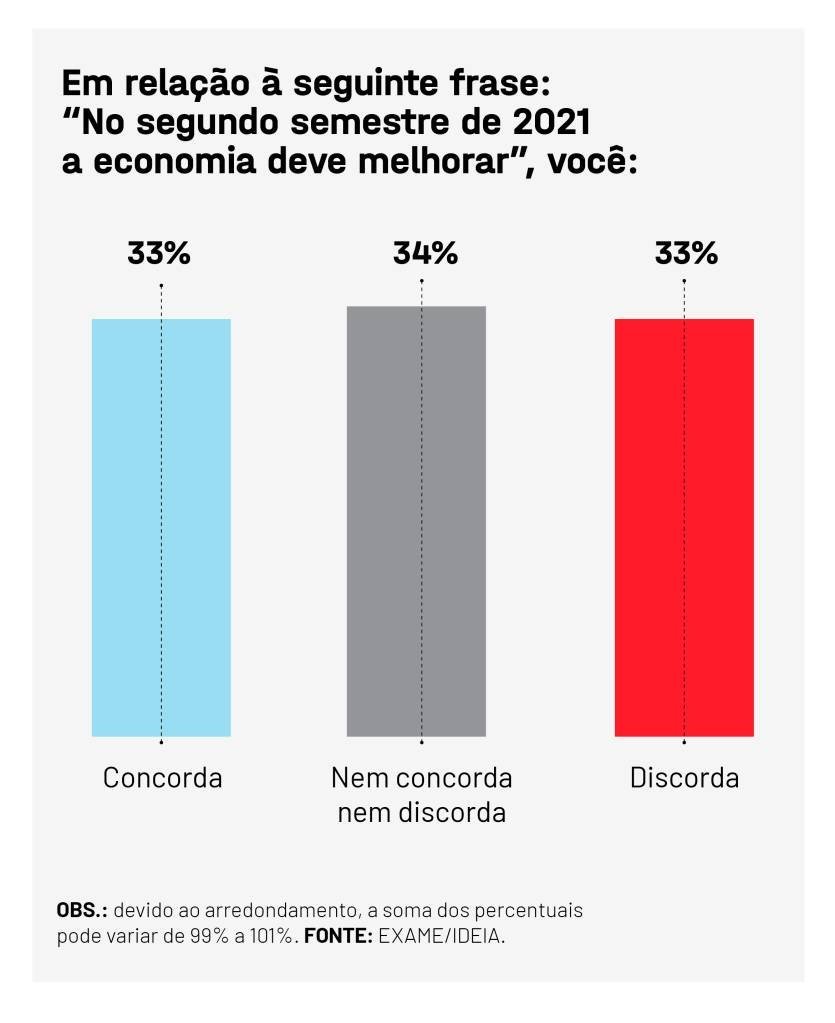 Maurício Moura, founder of IDEIA, explains that optimism regarding the economy in the coming months is greater among groups that support President Jair Bolsonaro. In the Midwest region, which has historically guaranteed good government evaluation rates, 47% of people think the situation will improve.

Despite the positive feeling, Moura points out that compared to other countries, where the pace of vaccination is faster, the Brazilian feeling is worse. “The feeling about the economic outlook is quite diffuse and correlated with the presidential popularity assessment. However, compared to international data, we can say that Brazilian public opinion is more pessimistic”, he assesses.

A third of the population also thinks that income will increase in the coming months, as a result of the growth in the circulation of people. This feeling goes up with the income bracket. In the portion of the population that earns between three and five minimum wages, the expected improvement in income reaches 41%. In classes D and E it is 24%. 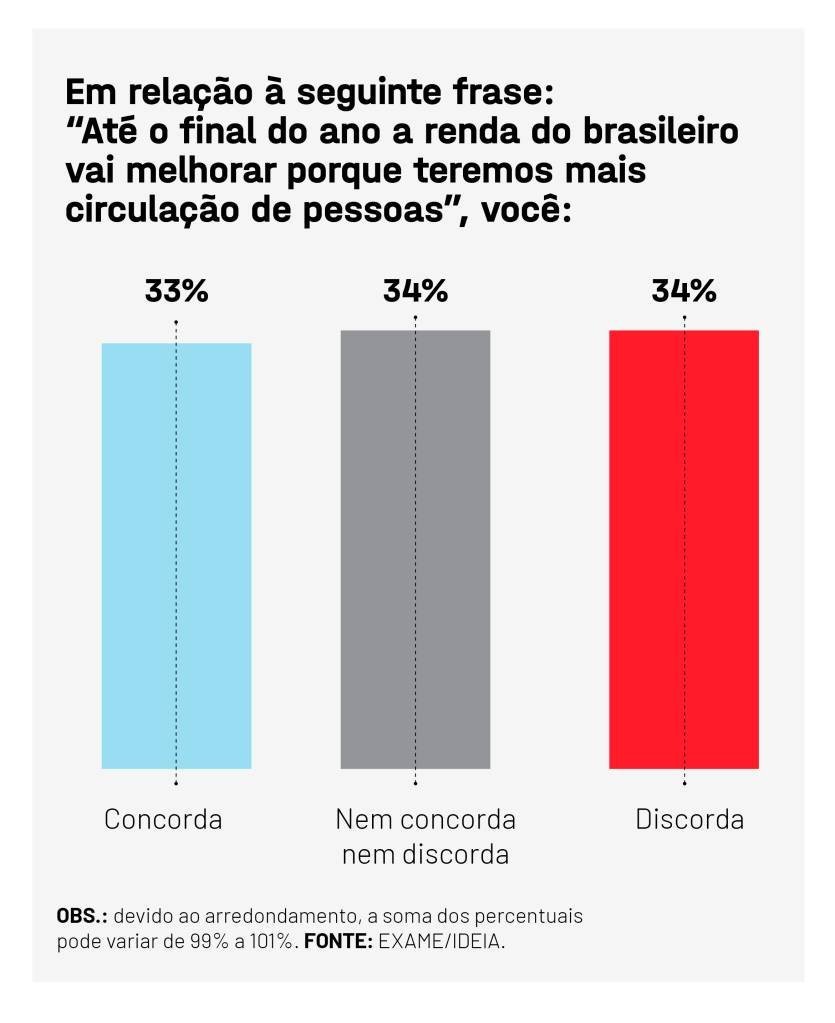 As we have seen in other countries, such as China itself, which grew 7.9% in the second quarter of 2021, collective immunization is fundamental for the return of economic activities and growth. For 59% of Brazilians, the pace of immunization increased in the last 30 days.

According to data from the Ministry of Health, 32 million people have already received two doses of the vaccine against covid-19 – or a single dose – and are fully protected. This value is the sum of the 26 states plus the Federal District and is equivalent to 15% of the Brazilian population.

Since January, the federal government has distributed more than 158 million doses and is expected to receive in this second half the remainder of the 600 million doses contracted from laboratories and the vaccine consortium of the World Health Organization.

According to the executive coordinator of the Covid-19 Contingency Center in São Paulo, João Gabbardo, by the end of September the disease will be under control in the state and in much of the country.

“By the end of September, with 86% of the population in the state vaccinated, we will have control of the pandemic. From there, we will be able to release more activities and that today there is no such possibility,” he said at a press conference on Wednesday, 14. 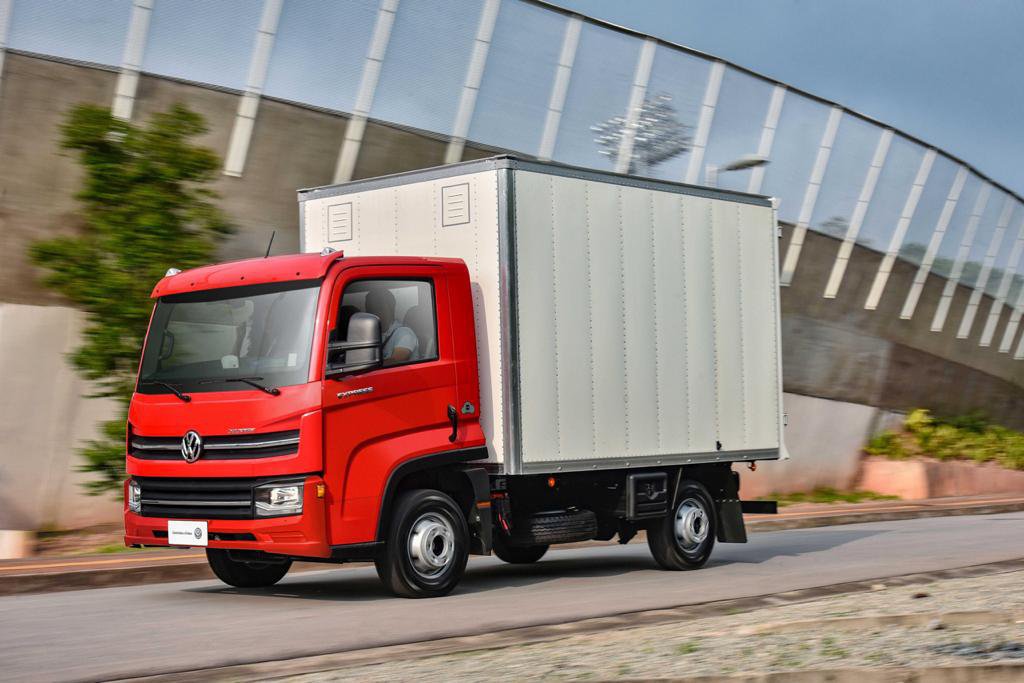 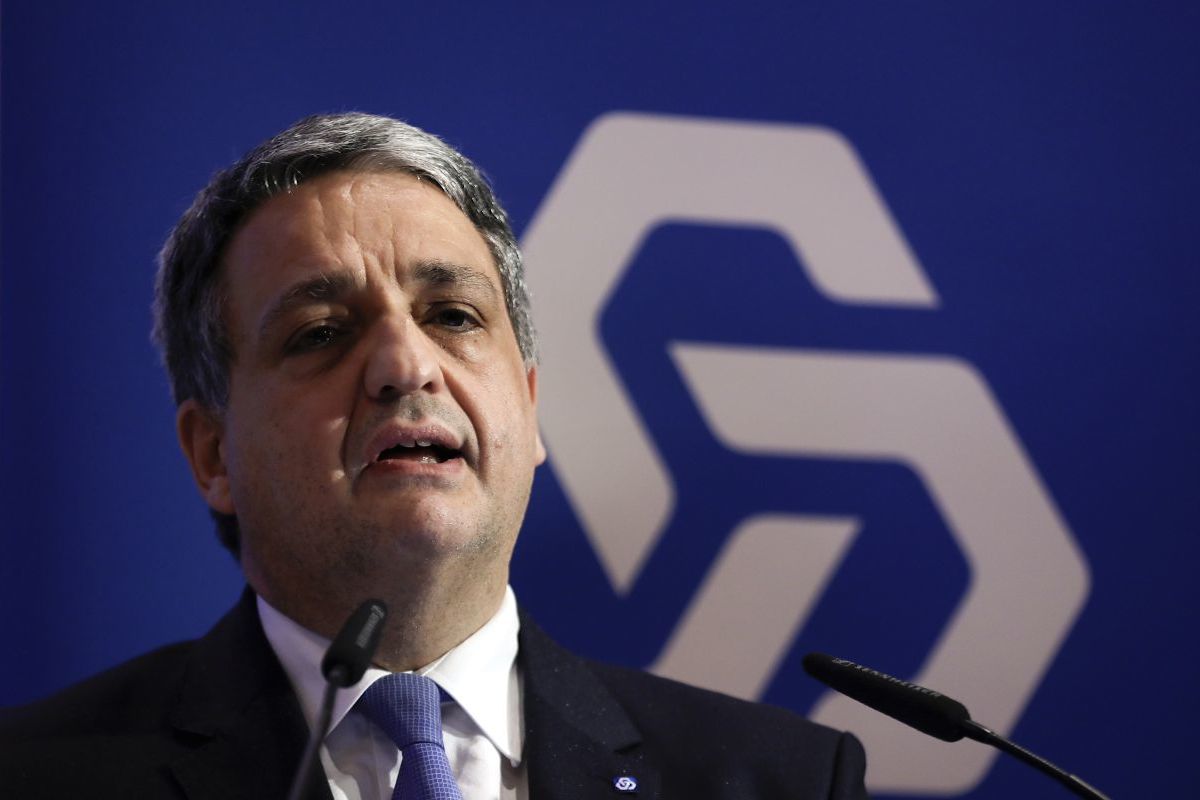