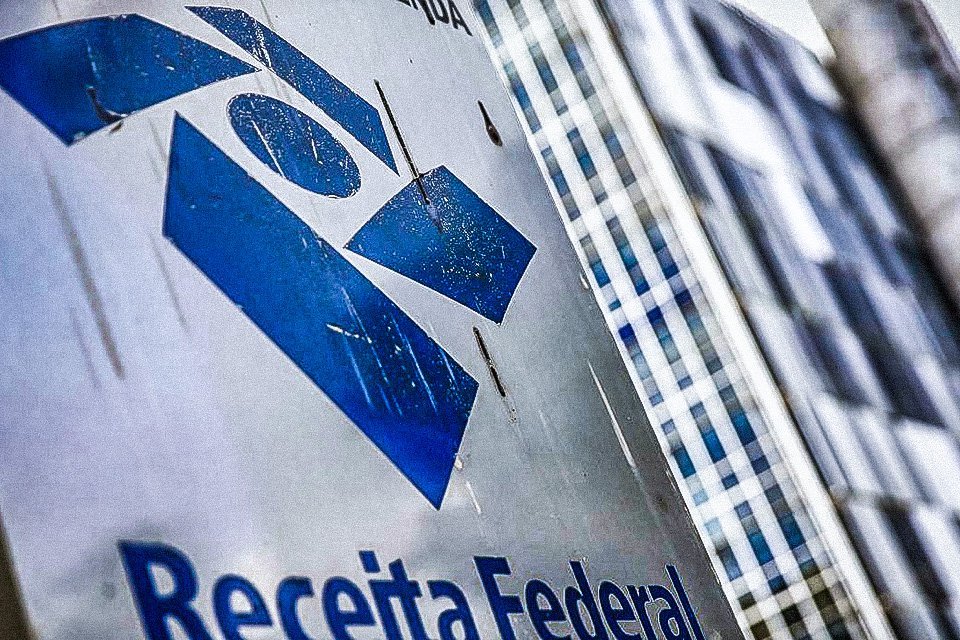 A tax review being studied by the government is positive, but a model can increase tax evasion (Marcelo Camargo/Agência Brasil)

Economy Minister Paulo Guedes delivered the second part of the tax reform to the National Congress two weeks ago. The text proposes to tax at 20% the profits and dividends that companies pay to shareholders. Currently, this charge is non-existent. Almost half of Brazilians, 45%, are against the proposition. Only 14% agree with the proposal, and 41% neither agree nor disagree.

The numbers are from the most recent EXAME/IDEIA survey, a project that brings together EXAME and IDEIA, a research institute specializing in public opinion. The survey polled 1,248 people between the 28th of June and the 1st of July. The interviews were carried out by telephone, with calls to both residential landlines and cell phones. The margin of error is plus or minus three percentage points. Click here to read the full report. 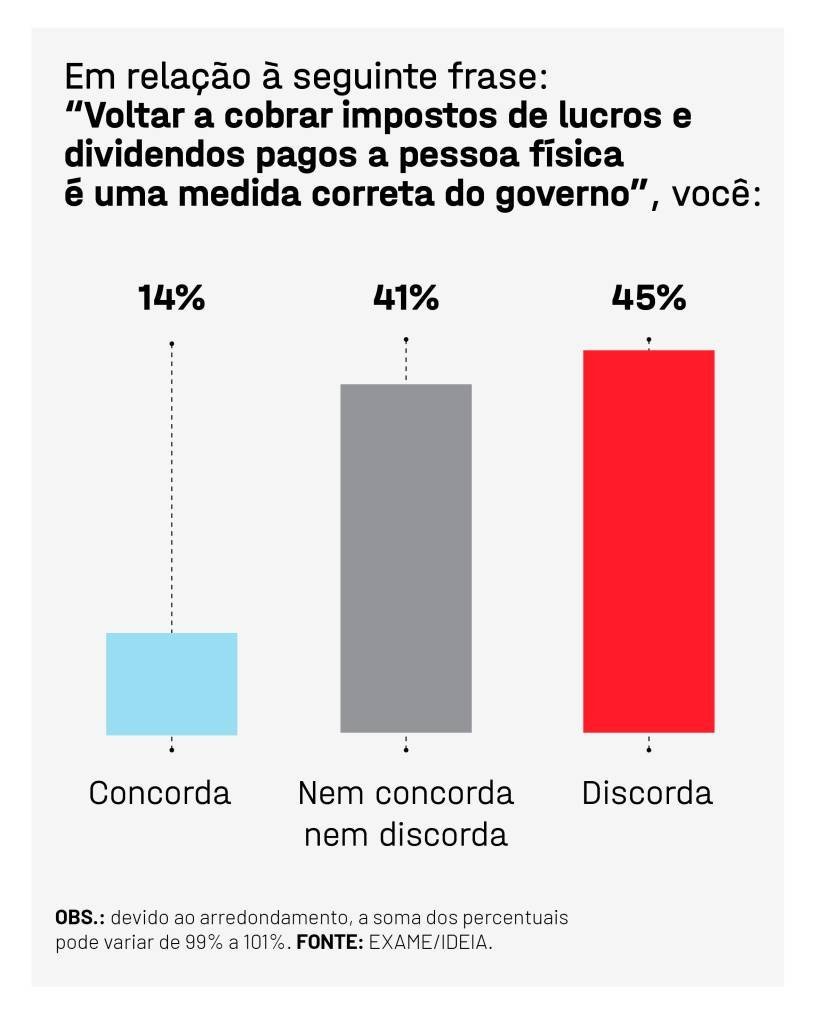 The higher the economic class, the greater the rejection of the proposal to levy taxes on profits and dividends. In classes A and B the disagreement reaches 51%. For people earning more than five salaries, that number grows to 52%. In the portion with higher education, 53% are against creating the new charge.

Maurício Moura, founder of IDEIA, explains that the higher economic classes will feel most of the impact if the proposal passes through Congress. Despite this, the opposite feeling is not only concentrated among the richest.

“There is no support to levy taxes on profits and dividends from individuals. Classes A and B and the group with higher education are massively against this measure. For other segments, it is not as relevant, but in any case there is a critical mass of the population that disagrees with this measure”, he says.

Another point of the reform sent to Congress deals with the increase in the income tax exemption range. The government’s idea is to raise the ceiling, which is currently 1,900 reais, to 2,500 reais. This change is supported by 41% of Brazilians, 18% are against it, and another 41% are indifferent. 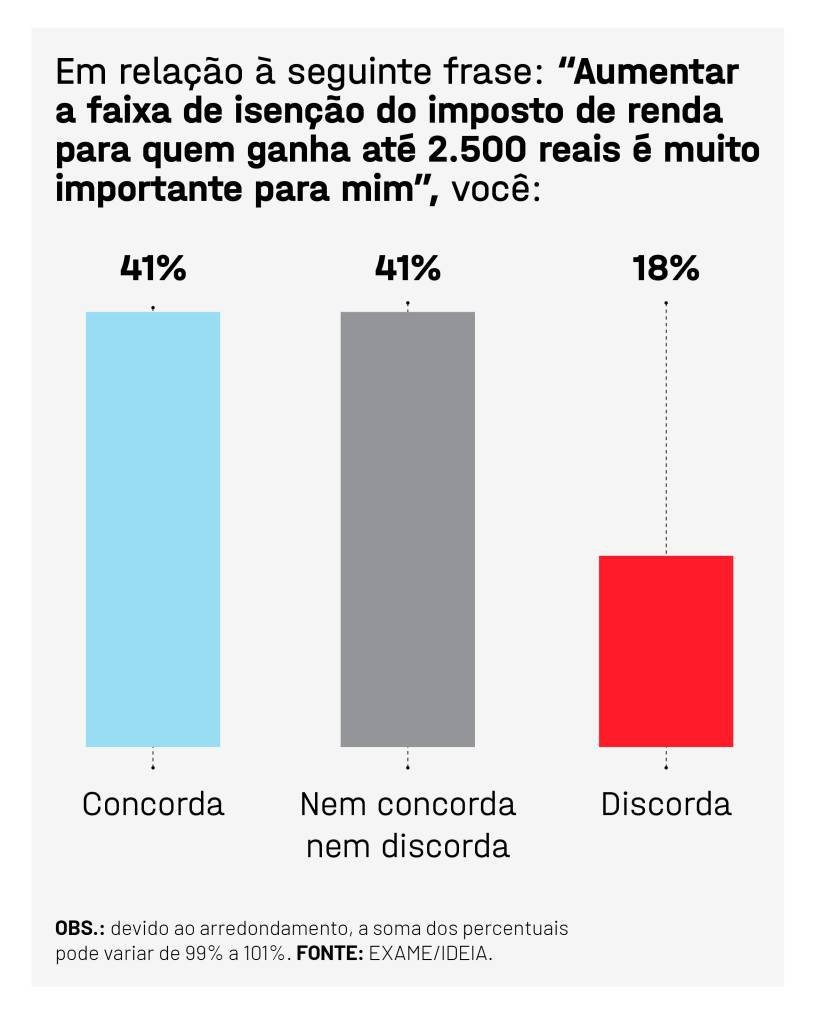 Maurício Moura highlights the population’s high indifference towards the proposed increase in income tax exemption. “Of course, this has less impact on the very low-income group, but I consider this portion indifferent to the change in the income tax ceiling to be important and relevant,” he says.

In the range of those who earn up to the minimum wage, whose proposal would not make a difference, people who neither agree nor disagree with the change add up to 51%. In classes D and E, 55% are indifferent to the change. At the other end, 51% of classes A and B support the increase in the ceiling.

How is the tax reform going?

After several debates within the Chamber throughout the year, the president of the house, Arthur Lira (PP-AL), decided, in early May, to extinguish the joint tax reform commission after reading the rapporteur’s opinion. The justification would be a recommendation from the technical area due to the end of the regimental deadline. Behind the scenes, there was a government concern to get support to pass the reform all at once.

The option was to slice the text. The first part is already in Congress and creates the Social Contribution on Operations with Goods and Services (CBS), which replaces PIS and Cofins. The single rate would be 12%, and provides for reducing tax benefits, but with some exceptions, such as the Manaus Free Trade Zone.

On Thursday, July 1, Lira said she could approve the two parts that are already in the Chamber in 15 days. “There is a chance of the two bills of the tax reform being approved before the recess, but we have to reach a text that effectively brings improvements to the system, even with the simplicity of the quorum”, wrote Lira on Twitter.

The problem is that this second part, which changes the income tax ceiling and the rate of profits and dividends, has resistance within the Chamber. Citizens and PSDB leaders in the Chamber are considering presenting a counterproposal to the rapporteur, deputy Celso Sabino (PSDB-PA).

Every week there is a new episode of the EXAME Politics podcast. Click here to view the channel on Spotify, or follow your preferred audio platform.

Want to know everything about the 2022 election race? Sign the EXAME and stay inside.