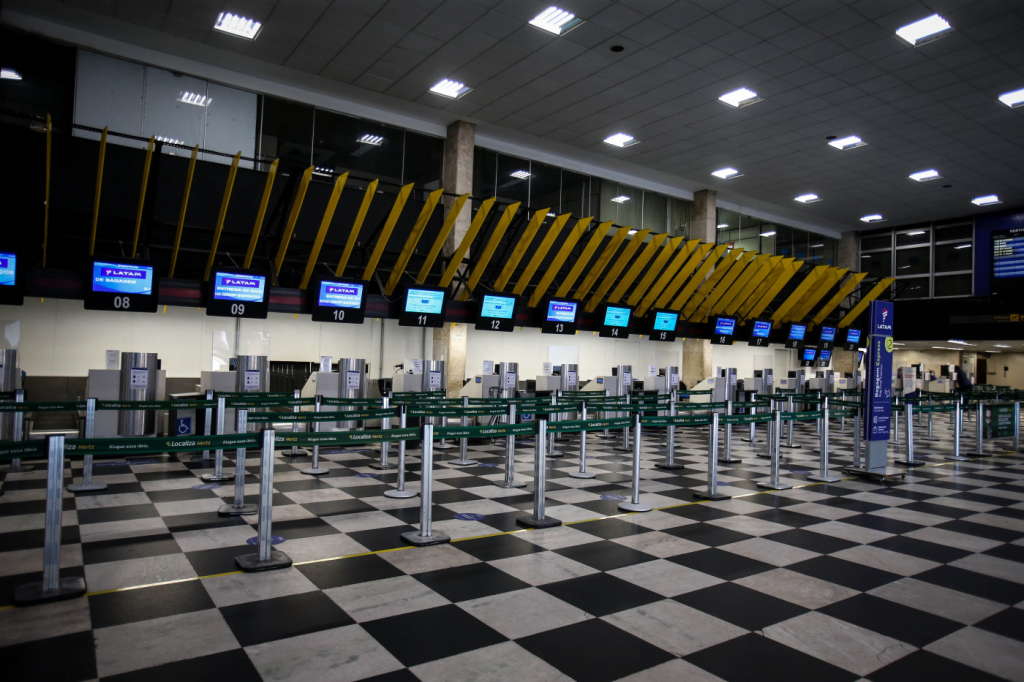 The auction is scheduled to take place in the first half of 2022 and will be divided into three blocks, which will include the Congonhas and Santos Dumont terminals

O auction to the airport concession is scheduled for the first half of 2022. The National Civil Aviation Agency (Anac) approved on Tuesday, 21, the opening of the public consultation to the seventh round of the air sector, with 16 airports, divided into three blocks and led by Congonhas, Santos Dumont e Bethlehem. The minutes of the notice and the concession contract will be available for 45 days. The Congonhas auction groups São Paulo, Mato Grosso do Sul and Pará. The block included the airports of Campo de Marte, Campo Grande, Corumbá, Ponta Porã, Santarém, Marabá, Parauapebas and Altamira, with a minimum bid of R$ 487 million and value of R$ 13 billion estimated in the 30-year contract. The Santos Dumont event includes the airports of Jacarepaguá, Montes Claros, Uberlândia and Uberaba, in Minas Gerais, with a minimum offer of R$ 355 million and a total of R$ 6.7 billion.

Block Norte Dois brings together the airports of Belém, in Pará, and Macapá, in Amapá, with a minimum of R$55.5 million and the contract estimated at R$2.2 billion. The lawyer and former director of ANAC, Ricardo Fenelon, expects a big dispute and premiums above the initial reference values. “In the sixth round, which took place at the beginning of the year, there was a lot of mistrust. We were at a much more critical moment in relation to the pandemic, in relation to the country’s air network. This concern is no longer so much, especially considering the potential of these two main airports, which are Congonhas and Santos Dumont”, he said. In all, R$ 8.8 billion in investments are foreseen in 30 years. The minimum of the three blocks of airports reaches R$897 million and the final contract value of R$22.3 billion. The same group can finish off all the blocks.