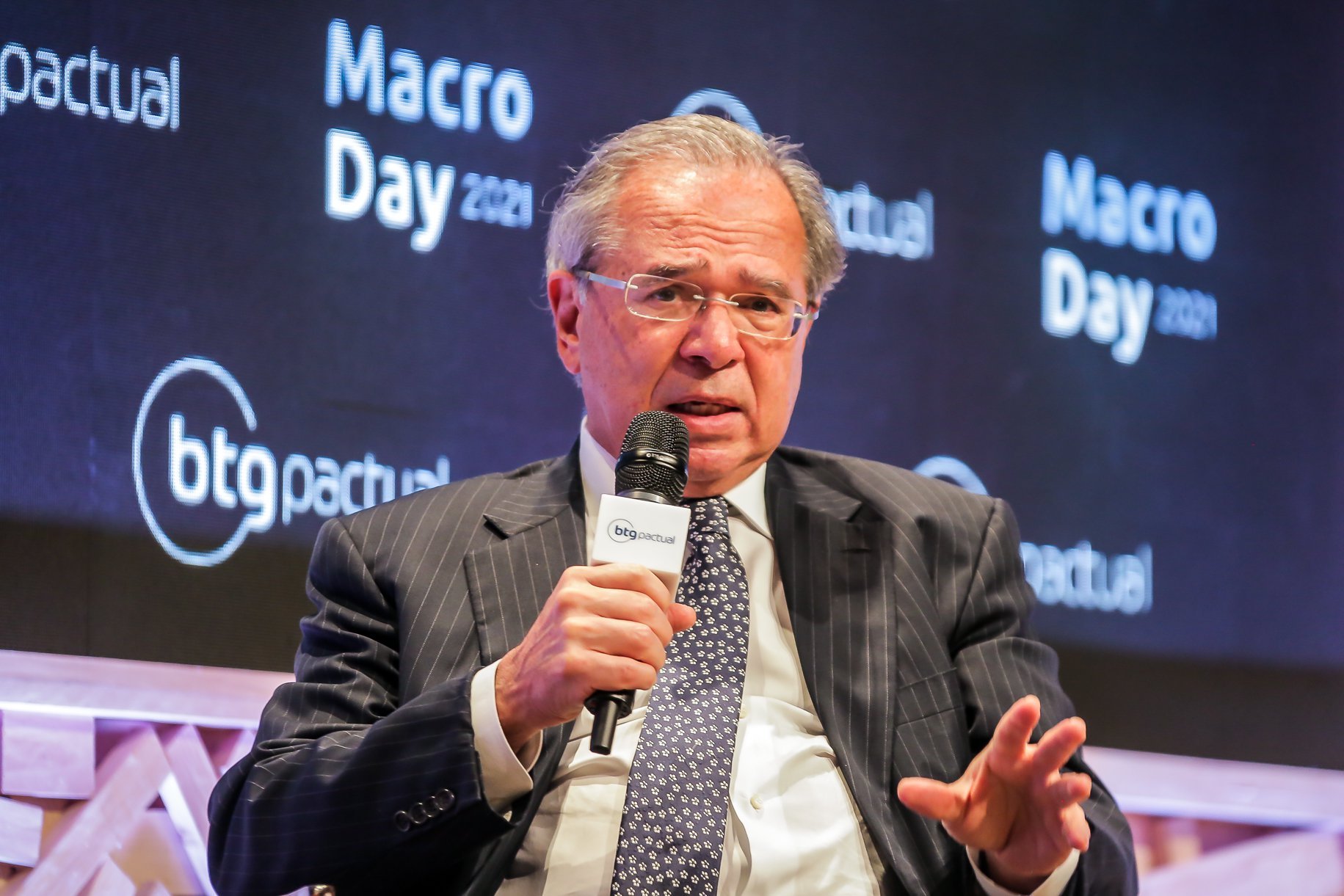 The minister also reinforced that, since taking office in 2019, his work has had two main struggles: “to give budget predictability and feasibility” (Hara Photographer/BTG Pactual/Disclosure)

The federal government is discussing the possibility of parceling out nearly 90 billion reais in court orders provided for in the 2022 Budget. There is a great debate about whether the movement could end up in court, as it is considered the non-payment of debts. For the Minister of Economy, Paulo Guedes, the division of payments is possible.

“Anyone who says that paying in installments is a default, they don’t know anything,” said the minister this Tuesday, 14, during MacroDay 2021, an event held by BTG Pactual bank (from the same group that controls EXAME).

In Guedes’ view, installment payment is necessary in order not to exceed the spending ceiling. “Those who say they can remove the precatory from the roof, can’t do it either. The roof is a symbol of austerity. It needs to stay there to be a sign that the Executive is not going to go overboard,” he said.

The minister also reinforced that, since taking office in 2019, his work has had two main struggles: “to give the budget predictability and feasibility”. For 2022, the government forecasts a budget of 1.6 trillion reais in federal spending, with a deficit of 49.6 billion reais.

During the event, Guedes also criticized the political instability, and said that the dollar, which is above 5.20 reais, only has not fallen yet because there is a “political noise”.

“The exchange rate should be between 3.80 reais and 4.20 reais,” Guedes said when questioned by Mansueto Almeida, chief economist at BTG Pactual. The minister also assessed that the country would be growing more, if the government had a base of support in the Chamber and Senate.