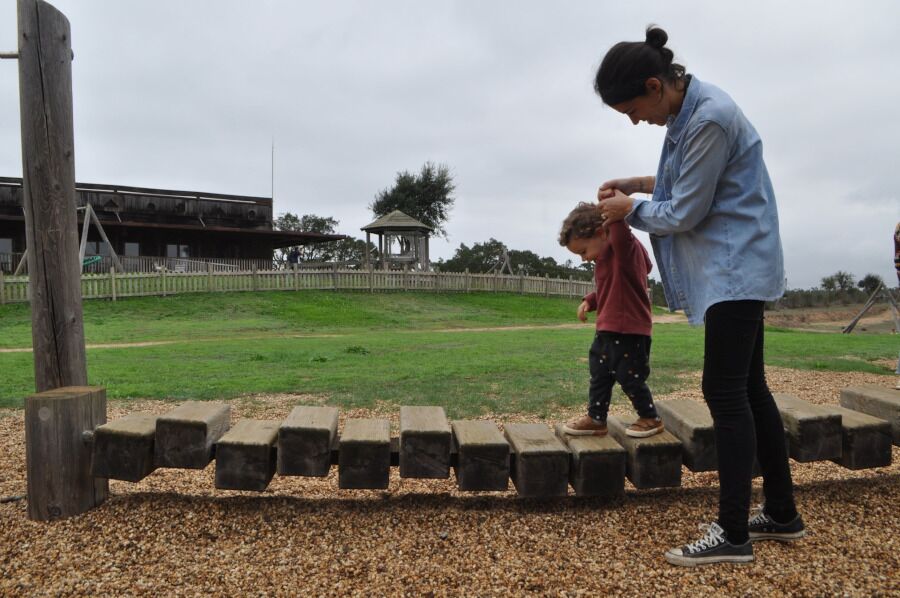 The owners of the private houses of the tourist development Zmar, in Zambujeira do Mar, in Odemira, continue to protest against the housing of immigrants because of covid-19. This at a time when it is revealed that the owners of the resort owe the State 60 million euros.

Zmar’s history intersects with the debacle of BES and it also weighs on the Novo Banco accounts.

The project was born as a dream of Francisco Espírito Santo de Mello Breyner – and no, the name is not just a coincidence, it is part of the Espírito Santo family that also gave its name to BES.

The tourist development was opened in June 2009 after an investment more than 30 million euros which had public funds.

The project started during the Government of José Sócrates as having Potential National Interest (PIN), a factor that motivated public investment, including community funds, of more than 7 million euros.

The classification as PIN accelerated the licensing processes, even if “the enterprise was located in a natural area considered “sensitive”“, As Saturday magazine notes.

The Zmar zone will integrate an area belonging to the National Agricultural Reserve and the National Ecological Reserve. This would make any construction in that area unfeasible.

The publication also notes that the resort was the protagonist of “one of the biggest tourist investments made in Portugal in the midst of an international financial crisis do subprime and in the antechamber of the request for international redemption to Portuguese public accounts, in 2011 ″.

The project also obtained BES financing, but ended up integrating Novo Banco’s toxic credits after the bankruptcy of the company that owned the resort, Cravex.

It was then that the North American KKR Fund purchased a bad credit portfolio from Novo Banco for more than EUR 2 billion. This package included the debt of 7.3 million euros from Cravex, which held 56.6% of Multiparques ao Céu Aberto, Campismo e Caravanismo em Parques, the company that owns Zmar.

The KKR is one of the great international vulture funds, holding one of the largest bad debt portfolios in the world.

Ares Lusitani, a company owned by HipoGes, a company of the KKR group, ended up buying the majority of the capital of Multiparques.

Francisco Espírito Santo de Mello Breyner, who owned 100% of Multiparques, was left with only 43.4% of the company.

But, in March of this year, it was the turn of the Multiparks go into insolvency at the request of Ares Lusitani, as reported by Jornal de Negócios.

Among the company’s creditors are AICEP (Agency for Investment and Foreign Trade in Portugal), Turismo de Portugal, Novo Banco, Iberdola and the Booking.com platform, according to the publication.

The parliamentary leader of the PS, Ana Catarina Mendes, ensures that the tourist resort owes “about 60 million euros to the state”, according to statements to TVI24.

The Minister of Internal Affairs, Eduardo Cabrita, I had already said that Zmar is “a camping site in a situation of insolvency in which the state is the biggest creditor“.

Cabrita also stressed that the resort is “licensed as a campsite”And that, therefore,“ has capacity that does not have to do with structures occupied by people with permanent rights ”.

The space has about 260 individual houses, 100 of which belong to the resort and 160 are privately owned.

Lawyers for about 120 owners continue to challenge the government’s civil requisition that intends to house agricultural workers in the municipality, mostly immigrants, in prophylactic isolation because of covid-19 in Zmar.