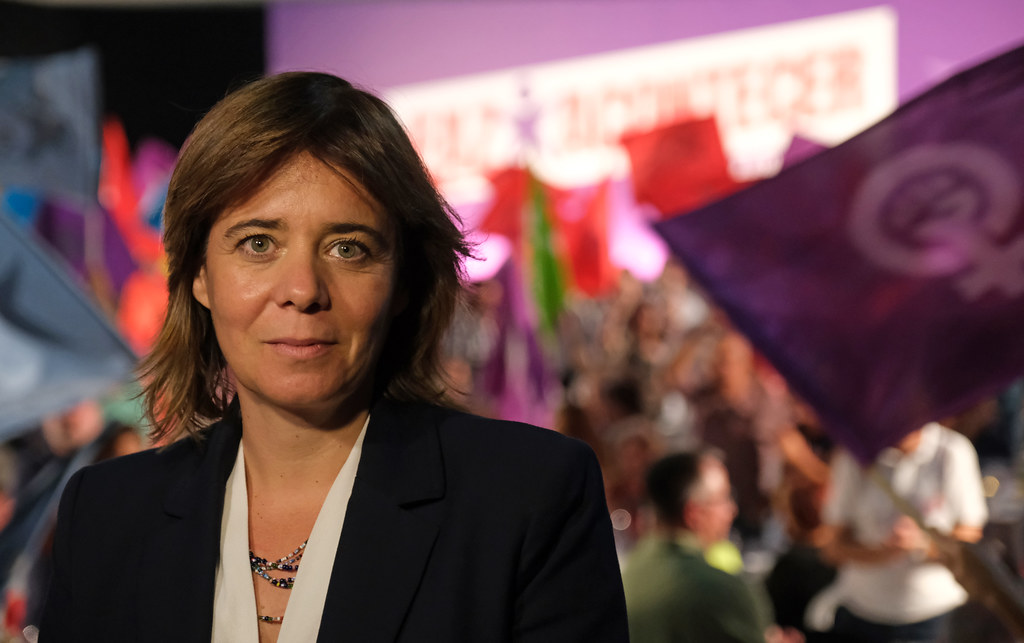 The coordinator of the Left Block, Catarina Martins

The Left Block (BE) wants to prevent redundancies in companies with positive results during 2022.

“We will deliver today a proposal that prevents companies with positive results to say goodbye during the pandemic, during the year 2022″, said BE coordinator Catarina Martins, quoted by Público newspaper.

The blocist leader explains that this initiative is based on the idea that next year the economy will still not have recovered from the pandemic.

Catarina Martins met with Altice workers and guarantees that the party will “require explanations from the Government” for not having “placed any obstacles” to the “illegal” replacement of workers at Altice, despite being a private company.

The telecommunications company is currently undergoing a collective dismissal process, which covers 204 workers.

The deputy also condemned the fact that the Government did not present a proposal on general salary increases for civil servants next year. “What I know is this reality”, shot.

The BE coordinator argued that it is “elementary justice” for companies with links to tax havens do not have access to public funds, namely the Recovery and Resilience Program (PRR).

“The Recovery and Resilience Program is coming, we think that companies linked to ‘offshores’ can’t keep that money”, declared Catarina Martins.

Questioned by journalists, Catarina Martins considered that “offshores are a way of the rich not paying taxes and not complying with the law”.

“Let’s be absolutely clear, the fact that there are always people with political responsibilities in the parties that have alternated in power linked to these processes, shows why it has always been so difficult to change the law, as BE has been proposing”, he said.

The blocist leader considered it “extraordinary” that Morais Sarmento, vice president of the PSD, assumes “with great candor, even, that he used an ‘offshore’ to not comply with the law.”

He recalled that “calculations made by international entities say that what Portugal does not receive per year in taxes because of ‘offshores’ is equivalent to what would be necessary for pay a year’s salary to 50,000 nurses”.

“Those who put money in offshores are fleeing the law and are robbing the country and that is why it is necessary to act, I even say that it is elementary justice that companies with links to offshores do not have the right to access funds public,” he added.

The new investigation by the consortium (ICIJ), called “Pandora Papers”, uncovers the “financial secrets” of 35 world leaders (current and former) and more than 330 politicians and civil servants, from 91 countries and territories, including Portugal.

According to the newspaper Expresso, which is part of the consortium, the three Portuguese people involved are former ministers Nuno Morais Sarmento (PSD) and Manuel Pinho (PS) and former socialist deputy Vitalino Canas.

The three Portuguese on the list of Pandora Papers provided clarifications to Expresso. Morais Sarmento justifies access to an offshore company with the “limitations” to foreigners existing in Mozambique at the time, Manuel Pinho says he has “no income to declare to the tax authorities from anywhere” and Vitalino Canas assures that the case referred to it is part of the practice of law “under the terms of Portuguese law”.