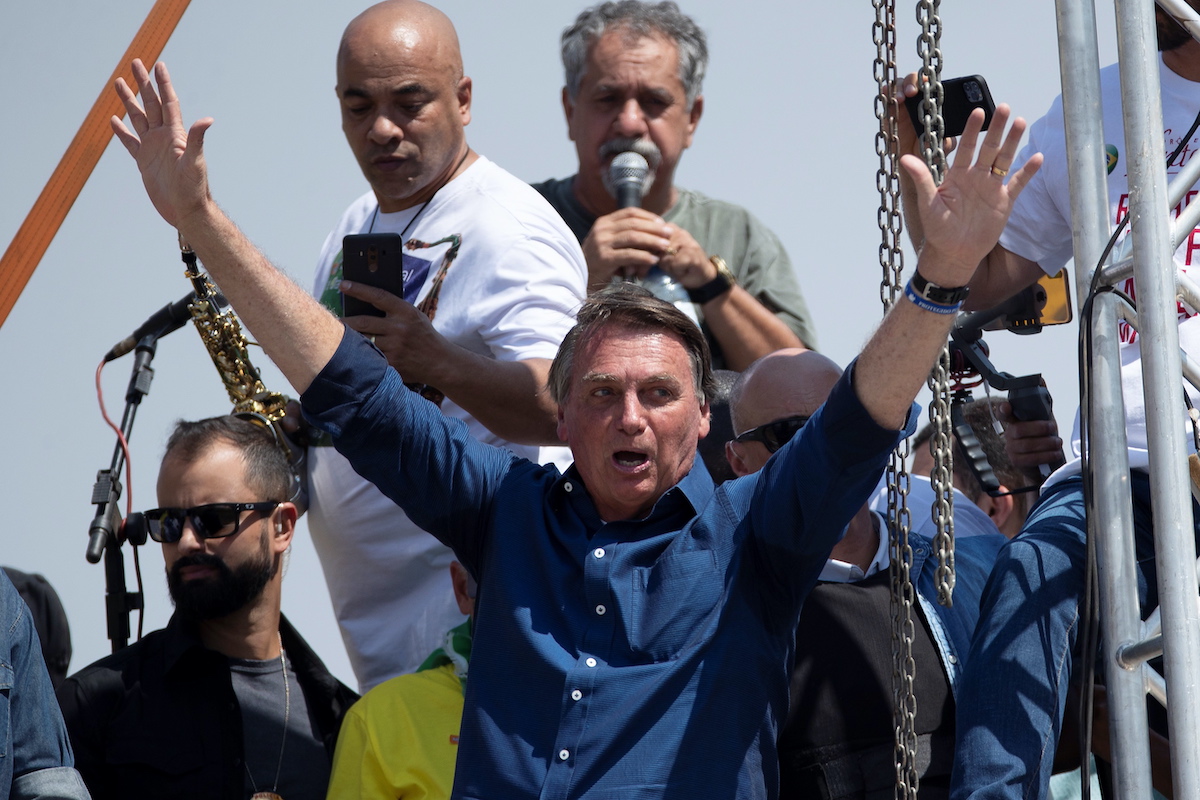 Bolsonaro’s threats to the judiciary and the Supreme Court could incur a crime of responsibility, which could also lead to the President’s removal, although for the time being it seems unlikely.

After returning to threaten the Brazilian judiciary and the political opposition during the Independence Day marches, Jair Bolsonaro can now be accused of the crime of responsibility.

Remember that on September 7, the day Brazil celebrates the independence of Portugal, the Bolsonarists marked marches all over the country to show their support for the President. The police contingent in Brasília was reinforced by fears of a possible insurrection.

Bolsonaro’s supporters managed to break down the police barrier for the Esplanada dos Ministérios, the central part of the Brazilian capital where the institutions of power are concentrated, and also tried to occupy the Ministry of Health.

In speeches to supporters, Bolsonaro left threats to the Supreme Court. “We will no longer accept that the Supreme or any authority using the force of power overrides our Constitution. We also cannot continue to accept that a specific person in the ‘three powers’ region continues to barbarize our population,” he said.

The Brazilian head of state added that the demonstration was also a “ultimatum to everyone at Praça dos Três Poderes“, including the President of the Republic himself and said that he will not accept the decisions of Alexandre de Moraes, a judge who this week sentenced two Bolsonaro supporters to preventive detention for organizing acts against democracy and for threatening the President of the Supreme Court.

“Our people’s patience has already run out, they still have time to ask for their cap and go about their own business. He, for us, no longer exists. Either that minister fits in or he asks to leave. It cannot be admitted that one person, one man, cloud our freedom. Get out, Alexandre de Moraes. Stop being a scoundrel,” he said.

The President of the Federal Supreme Court was clear in his response to the head of state, saying that he does not give in to pressure. The STF “will never accept threats to its independence nor intimidation to the regular exercise of its functions”, guaranteed Luiz Fux in the opening speech of the court’s plenary session.

“The Federal Supreme Court also will not tolerate threats to the authority of their decisions. If the contempt for judicial decisions occurs at the initiative of the head of any of the powers, this attitude, in addition to presenting an attack on democracy, constitutes a crime of responsibility, to be analyzed by the National Congress”, reinforced the judge.

Fux adds that the mere criticisms cannot be confused with the “Narratives of discrediting the Supreme Court” that have been “gravely disseminated by the Head of the Nation”. “Offending the honor of the Ministers, inciting the population to spread hate speeches against the institution of the Federal Supreme Court and encouraging non-compliance with judicial decisions are undemocratic, illicit and intolerable practices”, ends.

There are jurists who also point to the possible removal of the President. To G1, law professor Gustavo Binenbojm said that Bolsonaro’s threat that he will not comply with court decisions is an “attack on independence and harmony between the powers” ​​and can be seen as “a liability crime“.

This crime “may result in an impeachment and loss of political rights for eight years” of the President, “in the judgment of the National Congress, authorization of the Chamber and final decision of the Senate”, explains the expert.

Almost all parties criticized Bolsonaro’s speech, including those on the far right who had previously supported the President. According to Público, more than 120 requests for impeachment against Bolsonaro have already reached the Chamber of Deputies and a new wave of complaints.

However, opening a process to remove the President from power depends on Arthur Lira, President of the Chamber of Deputies, who has already called for “pacification” and is not open to the possibility, despite criticizing “radicalism and excesses”. The well-known “centrão” – a large group of deputies known more for their pragmatism than their ideology – should also hold back Bolsonaro, who once again cast doubt on the Brazilian electoral system and said that “only God” takes him out of the Planalto.

Investors were also concerned about the climate of political tension in Brazil and this was reflected in the stock market. Brazilian companies lost 195.3 billion reais – which is equivalent to 31 billion euros – in market value on Wednesday.

During the afternoon of Wednesday, the stock market fell by almost 4%, with the Ibovespa, the main index in Brazil, falling 3.53% at 4:15 pm, writes UOL. The index ended up with a strong drop of 3.78% and stood at 113,412 points, the biggest daily drop since March 8 of this year.