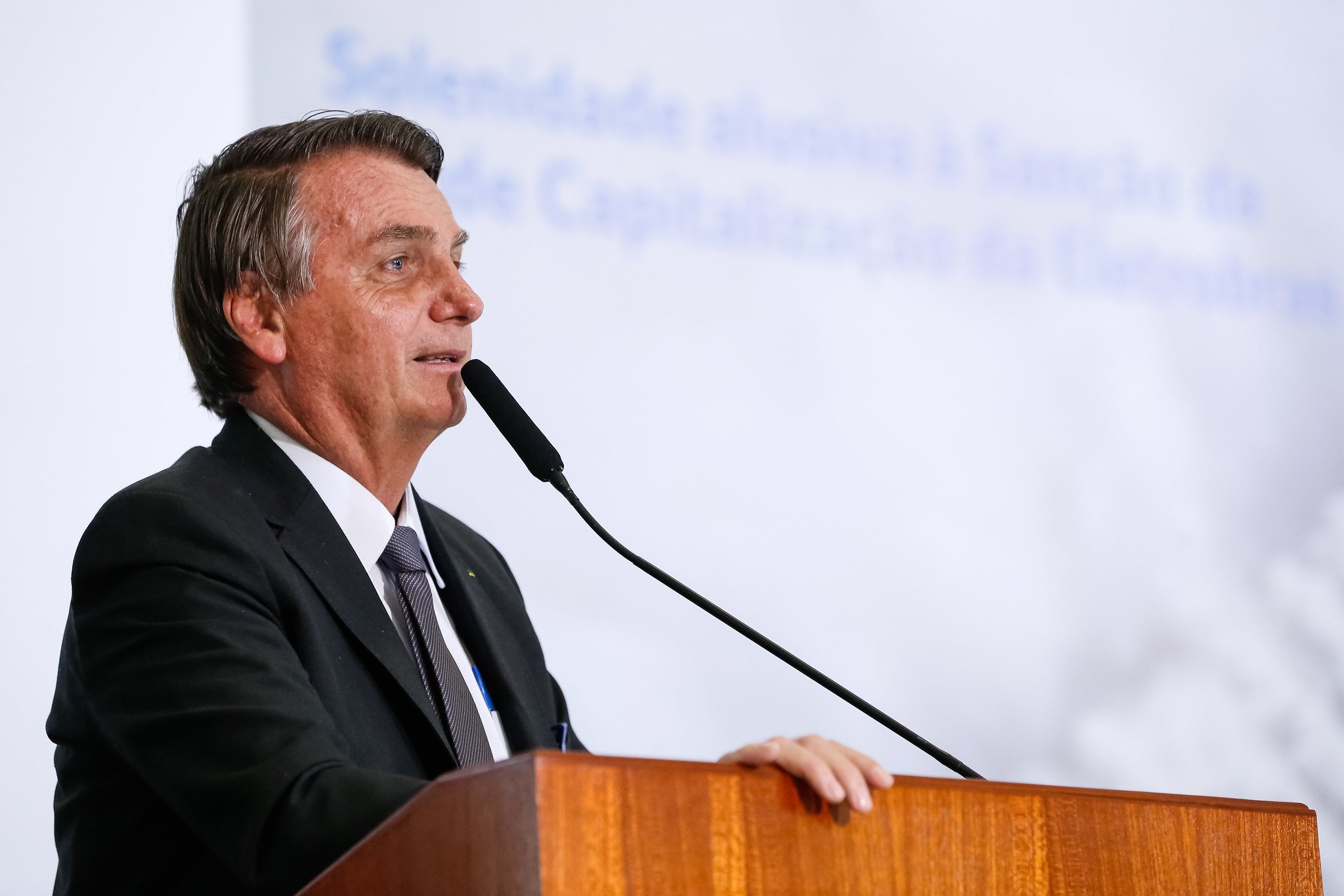 Bolsonaro: “I can tell you that it will not be sanctioned” (Alan Santos/PR/Flickr)

The president Jair Bolsonaro intends to veto the electoral fund of BRL 5.7 billion, approved by the National Congress last week with votes from the government bench. The statement was given to TV Brasil. The station has just released excerpts from an exclusive interview that will air at 10:30 pm today.

In Bolsonaro’s assessment, the approved figure is astronomical and could be better used in infrastructure works. “It is a huge figure, which in my opinion is being wasted if it is sanctioned. I can tell you that it will not be sanctioned,” stated the head of the Palácio do Planalto.

“Our tendency is not to sanction this out of respect for workers, for the Brazilian taxpayer,” said Bolsonaro

Yesterday, on leaving the Vila Nova Star hospital in São Paulo, where he was hospitalized for four days to treat a partial obstruction of the intestine, Bolsonaro said that the increase in the electoral fund to R$ 5.7 billion – more than the triple intended to the 2018 elections, when R$1.8 billion was distributed – it was a “banana peel” within the Budget Guidelines Law (LDO).

He blamed Parliament’s endorsement of the proposal on the vice president of the Chamber of Deputies, Marcelo Ramos (PL-AM), who was leading the session.

The president commented that, even with the pandemic, Brazil managed to end last year with more jobs than in the previous year.

Bolsonaro also spoke about the emergency aid that the government has been paying to Brazilians due to the covid-19 pandemic. Last year, 5 installments of R$600 were paid to families that proved their need. “We spent on emergency aid in 2020 the equivalent of another ten years of Bolsa Família”, he said. And he commented that the new income transfer program that should replace Bolsa Família should have an increase of more than 50% in the amount currently paid.

Bolsonaro said that, with the exception of countries that produce immunizations, Brazil is the country that has most vaccinated in the world. According to him, in Brazil more than 150 million doses of vaccine have already been distributed and more than 100 million people have already taken the first dose. “More than half of people over 50 are already vaccinated,” he said. He also commented on the federal government’s support for states and municipalities in combating the pandemic. According to him, about R$ 700 billion were transferred to the fight of covid-19 for opening ICU beds, purchasing supplies.

“The Amazon is a very rich region.”, he said. According to the president, the Ministry of Mines and Energy is in charge of a project that allows indigenous communities living on demarcated lands to develop activities such as mining, creation of small hydroelectric plants and cultivation of plantations. “Some indigenous communities are thrilled with the possibility of approving this project to give them dignity.”

Bolsonaro also spoke about the distribution of land reform titles in the region. “In two years of government, we distributed more bonds than in the last 20 years”, he said.

The president said that he is also working to eliminate bottlenecks that impede exports, such as the paving of the BR-163. “It was only about 50 kilometers, but it took about 10 days of rain for a loaded truck to pass. Tarcisius [de Freitas, ministro da Infraestrutura] asphalted it from there”.

The president also commented on his health status. According to him, the condition of intestinal obstruction was aggravated by a crisis of hiccups, but he guarantees that the problem has already been resolved. “I’m fine, 100%”. And he concluded: “I’m fine and I’ll fulfill this mission until the last day”.