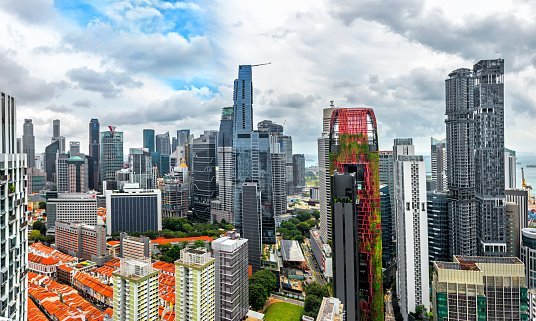 By the end of the year, Mercosur, led by Brazil, should conclude a free trade agreement with Singapore, a country that has the third largest GDP per capita in purchasing power parity in the world and is one of the largest export centers in Asia, with the fifth largest global port. Brazil’s trade with Singapore has been increasing significantly. In 2020, the country occupied 12th place in the ranking of the main destinations for Brazilian exports. This year, it has already moved to the 8th position, ahead of countries like Germany and Mexico.

“The agreement should represent an increase in trade with Singapore and an important gateway for Brazilian products between Asian countries,” said Pedro Miguel da Costa e Silva, Secretary for Bilateral and Regional Negotiations in the Americas at the Ministry of Foreign Affairs, in an exclusive interview with EXAME.

Negotiations have been taking place for at least two years and should proceed towards the formal signing of the agreement by the end of the year, according to Itamaraty.

Currently, Brazil exports mainly manufactured products to Singapore, such as fuel oil from petroleum or minerals, which account for 60% of exports. Next, crude oils or mineral oils stand out (16% of sales). Chicken, pork and beef also play an important role in exports.

Together, these two products totaled nearly 3 billion dollars in sales to Brazil in 2020, closing in surplus. This year, between January and June alone, Brazilian exports reached US$2.5 billion. Foods, such as chicken, pork and beef, are part of the ranking of the most commercialized product categories for Singapore.

The Brazilian trade balance as a whole closed the first half of this year with a positive balance of 37.5 billion dollars, record of the historical series, started in 1997. The result was almost 70% higher than in the same period last year, due to the resumption of economic activity in many countries and the dynamism of agribusiness, the main driver of Brazilian foreign sales. By the end of the year, Brazil is expected to record a record surplus of 105.3 billion dollars.

“Agribusiness and industry have much to gain from this type of trade agreement, which establishes a gracious reduction in import tariffs, making products more competitive,” says Silva.

Other agreements are on the negotiating table. Brazilian diplomats and those from other countries that make up the Mercosur work to conclude agreements with the Canada, South Korea and Lebanon. Of these, the closest to an outcome is perhaps Canada.

The pandemic, however, hampered negotiations in general. According to experts familiar with the negotiations, the suspension of travel and face-to-face meetings made the processes more time-consuming. Now, the forecast is for a new phase of acceleration, with the progress of vaccination in countries.

From a trade point of view, negotiations with Canada and South Korea are considered more important. “With Lebanon, there is an important cultural and human factor, since the immigration of Lebanese people was notable in Brazil and today many Brazilians live in Lebanon”, evaluates Silva. However, there is still no forecast on the conclusion of the negotiations in the short term. The expectation is that the agreement with Canada can advance in the second half of this year and in 2021.

I’m 2020, o Canada it represented the 5th largest destination for Brazilian exports, with more than US$4 billion in purchases, mostly gold (44%) and metals such as aluminum oxide, in addition to sugar and coffee. A free trade agreement should allow the entry of more agribusiness products. “As always, one of the delicate points in the negotiation is the issue of agribusiness, a sector in which we are very competitive, but the conversations are moving forward”, says Silva.