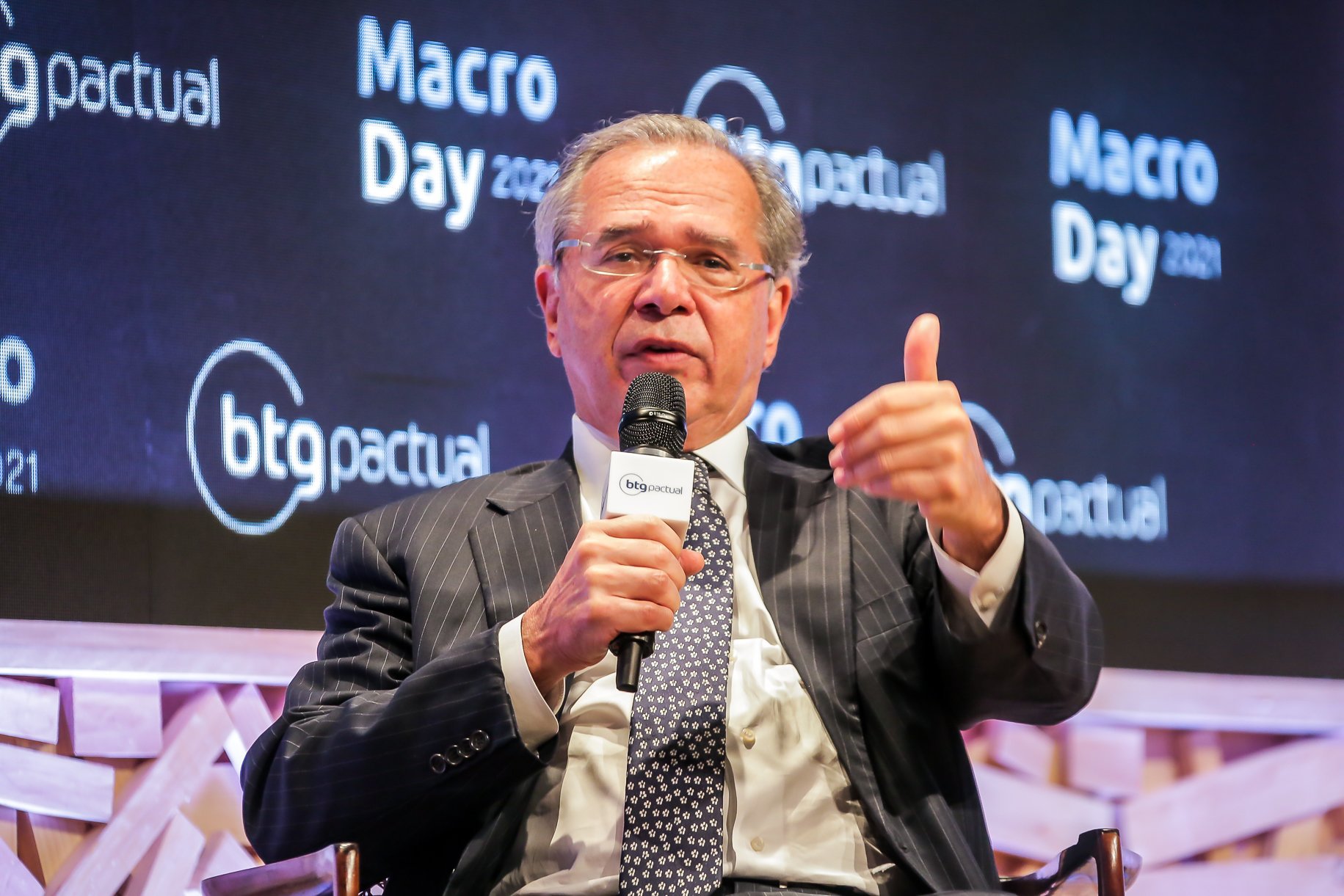 For the Minister of Economy, Paulo Guedes, the dollar, which is above R$ 5.20, only has not fallen because there is a “political noise”. The statement was made this Tuesday, 14th, during MacroDay 2021, an event held by BTG Pactual bank (from the same group that controls EXAME).

“The exchange rate should be between R$ 3.80 and R$ 4.20”, said Guedes when questioned by Mansueto Almeida, chief economist at BTG Pactual. The minister also assessed that the country would be growing more, if the government had a base of support in the Chamber and Senate.

Despite the criticism, Guedes said this is part of the democratic game. As an example, he cited the proposal to increase the Bolsa Família to R$300. “The ceiling was an issue equated with this amount. But when I sent the text, a meteor arrived [a intenção de aumentar para até R$ 400]”, he said.

Executive and Legislative have not yet reached an agreement on the amount. At the end of August, the government sent the 2022 Budget to the National Congress, without an increase in Bolsa Família.

As soon as the emergency aid ends, in October, it will be replaced by the new Bolsa Família, renamed Auxílio Brasil. The new program has three basic benefit modalities: for early childhood, for families with young people up to 21 years of age, and for complementation for families that are unable to get out of extreme poverty.