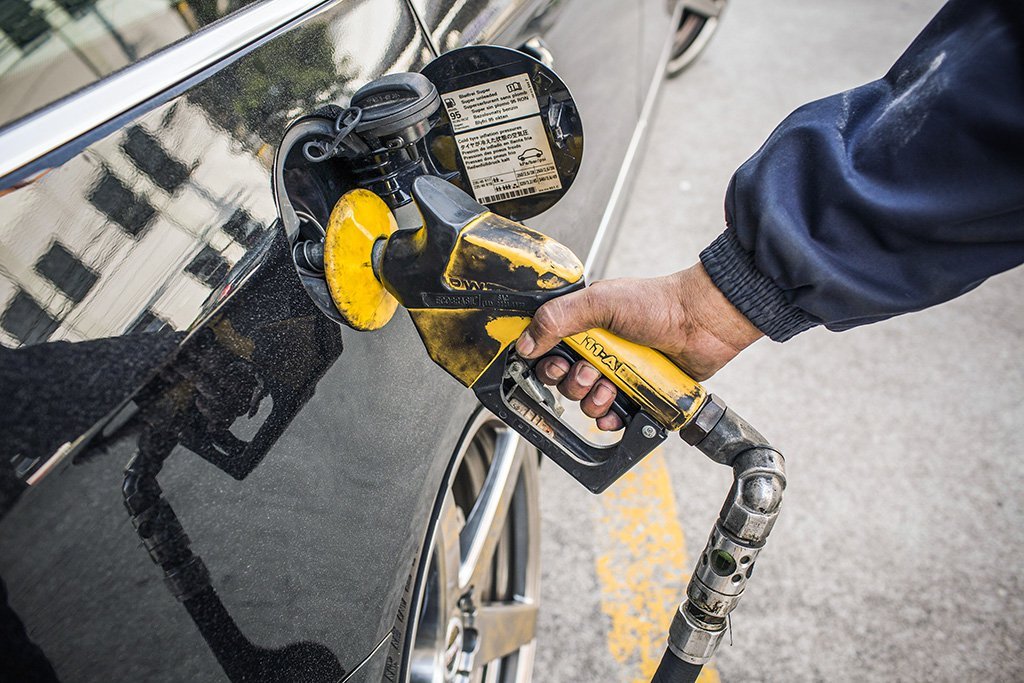 Gas station: Ethanol is the fourth product that has increased the most in 2021, and gasoline is the sixth (Rodrigo Capote/Getty Images)

Inflation is on track to close the year at its worst level in Brazil since 2015. The Broad National Consumer Price Index (IPCA) closed up 0.87% in August, and accumulates growth of 9.68% in the last 12 months.

In the numbers released this Thursday, 9 by the Brazilian Institute of Geography and Statistics (IBGE), the group that had the highest price increase was transport, driven by the increase in fuel prices.

In the year, however, groups like the electricity it’s at food also face high.

Individually, the price of these products rose much more than the general inflation accumulated in the same period, from January to August, which was 5.67%.

The champion is the cucumber, which rose 78% between January and August. If only the month of August is counted, all the items that rose the most individually are also in the food and fuel group.

Other products rose less, but also varied to the point of weighing on the consumer’s pocket.

On the technology and entertainment front, the streaming services, for example, accumulate high of 11.52% in the year, the televisions, 13.21%, and the video game consoles, up nearly 14%, all among the 60 biggest highs of the year.

Supermarket: tubers, roots and vegetables group had the highest increase in August

Me and electricity rose 10.61% in 2021 and 21% in the last 12 months to August, including the end of last year. The price should follow the upward trajectory in September, with the drought and new emergency tariffs from the National Electric Energy Agency taking effect.

Biggest highs in 2021, from January to August:

Highest increases in the IPCA subgroups in the month of August:

Variation in the IPCA general groups in the month of August:

What drives prices up?

In general, factors such as the high dollar, high exports, oil prices abroad and the water crisis that affects the price of electricity are among the main fronts that have raised inflation in Brazil since last year.

“The price of gasoline is influenced by adjustments applied at refineries in accordance with Petrobras’ pricing policy. The dollar, prices on the international market and the rise of biofuels are factors that influence costs, which ends up being passed on to the final consumer,” IBGE research analyst André Filipe Guedes Almeida said in a statement on Thursday. 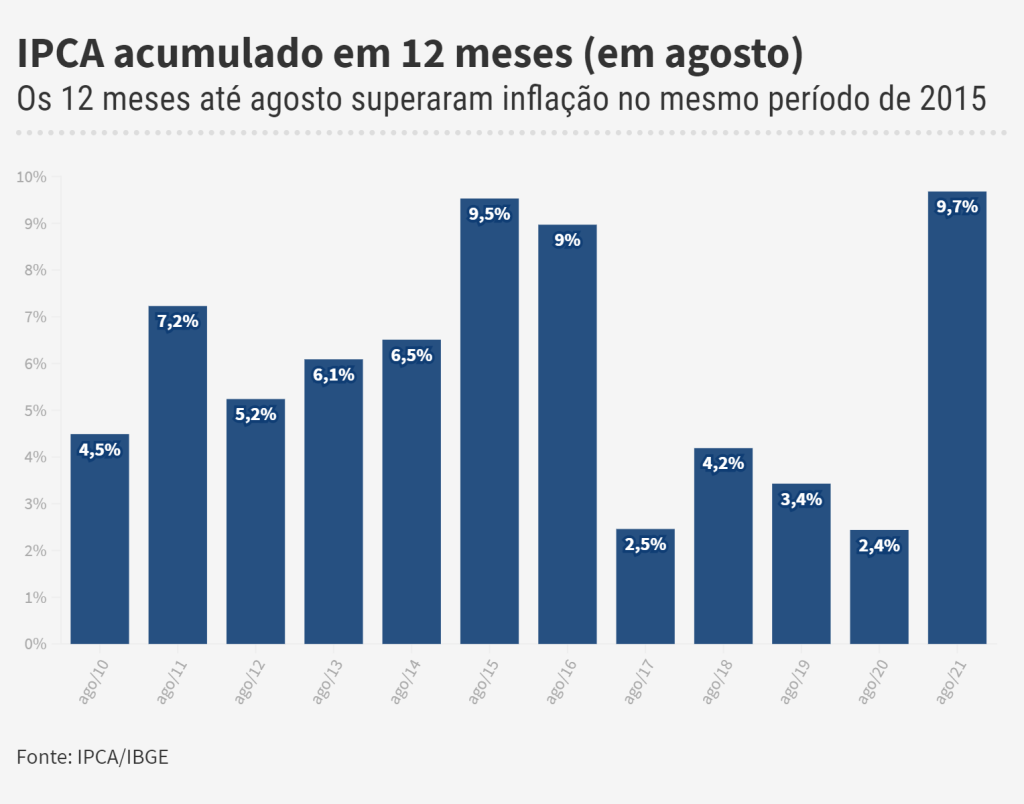 Some inflation is expected around the world due to the economic recovery, which drives demand. But Brazil is experiencing a complex scenario, with galloping inflation despite unemployment still very high, above 14%.

The water crisis that Brazil is going through this winter has made electricity prices take off, one of the main highs of the year, impacting both the cost for consumers and the costs of the entire production chain.

With rising inflation, further increases in the interest rate are taken for granted. The Selic rate is at 5.25% at the moment, but the projection is that it will close the year at 8%.

On the other hand, economists warn that rising interest rates, one of the main tools used to contain inflation, should not fully solve the problem, since the problem this time comes from supply bottlenecks — such as the lack of electricity, exports growth and challenges in the production chain globally.