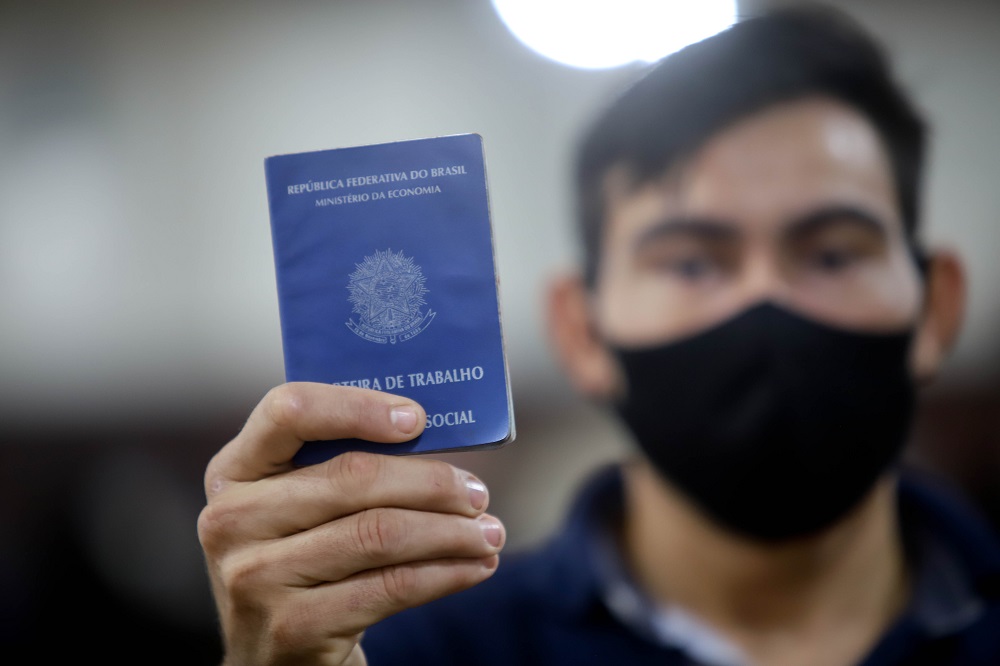 Ministry of Labor and Welfare prepares Voluntary Social Service MP after the package of labor changes is rejected by the Senate; initiative foresees the creation of 1 million job vacancies

O federal government will forward in the coming weeks a provisional measure (MP) for the creation of the Voluntary Social Service, one of the main points of the labor change package buried by the Senate earlier this month. The program aims to open space in the job market for young people between 18 and 29 years old, in addition to people over 50 years old. The program will be carried out in partnership with city halls, which will hire participants for up to two years. The beneficiaries will receive a stipend of R$550 — half of the minimum wage, currently R$1,100 — to work part-time in the public service. The amount will be divided between the Union and municipal administrations. O Ministry of Labor and Welfare work for the MP starts in early October. The expectation is to employ up to 1 million people in the first year. The folder estimates that the implementation of the program by the end of 2021 will require up to R$700 million. The amount will be collected from the surplus credit approved for the extension of the emergency aid, in July. “We are talking to the [pasta da] Savings to adjust this value. We believe this will be enough to fulfill the program for the next four months. Its continuity will be included in the 2022 Budget”, says the Minister of Labor and Welfare, Onyx Lorenzoni. The hiring processes will be carried out by the participating municipalities, under the supervision of the federal government.

Texts sent via MP have immediate effect, lasting 60 days and with the possibility of being extended once for the same period. If the bill is not debated in Congress within 45 days of its publication, all agendas in the House that it was sent to, whether in the Chamber or in the Senate, remain locked until it is voted on or its validity expires. The Ministry of Labor and Social Security is also coordinating to deliver to Congress in early 2022 the new version of the Special Regime of Incentive Work, Qualification and Productive Inclusion (Requip). The initiative is similar to the Voluntary Social Service, but in partnership with the private sector. The project determines the creation of the Productive Inclusion Bonus (BIP), funded by the government, and the Qualification Incentive Scholarship (BIQ), paid by the companies. The project will have the same value, deadline and workload as the initiative aimed at public service. The initiative must be forwarded through a bill. “Probably, the text will go with constitutional urgency, and is being prepared to go into operation from January of next year”, says the head of the ministry. Voluntary Social Service and the new Requip will be divided into training modules lasting six months each. Participants may be linked to the measures for up to two years, or four modules. In addition to entering the job market, Lorenzoni says that the project is aimed at training entrepreneurs. “The programs expand the conditions of formal employability, in addition to moving participants towards becoming an MEI [Micro Empreendedor Individual] and thus improve their income and living conditions”, he says.

The BIQ and BIP project does not have a defined budget. According to Lorenzoni, the amount will be included in the 2022 budget planning. “Once approved, it becomes necessary to create it within the Budget for next year. A budget will be found to support the program”, he says. The program was designed by Ministry of Economy, but moved to the new folder with the dismemberment of the economic team. In May, the Minister of Economy, Paulo Guedes, presented the first version of the program and stated that the government had the resources to launch the initiative in 2021. According to the head of the Employment and Social Security portfolio, the project is being discussed with companies of the S System and with Sebrae. “When we talk to the business sector, be it services, commerce, industry or agribusiness, everyone is enthusiastic about this program. We have to unite at this moment to open opportunities for Brazilians, particularly the younger ones, to have their opportunity to show their value”, says Lorenzoni.

The two initiatives were part of MP 1045, which was rejected by the Senate earlier this month after being approved by the Chamber of Deputies. The action of the senators exposed the existing crisis between the two Houses and imposed a defeat on the government of Jair Bolsonaro (no party). Critics considered the text a kind of mini-labour reform and pointed out the precariousness of employment conditions with the loss of rights and flexibilization of norms. For Lorenzoni, the measure is necessary to boost job creation in the country, especially among the youngest. “We have 7.8 million young people in the country known as those who neither work nor study. We have to open the doors of companies and city halls for the occupation of these people, and that, along with that, there is a qualification process”, he says.