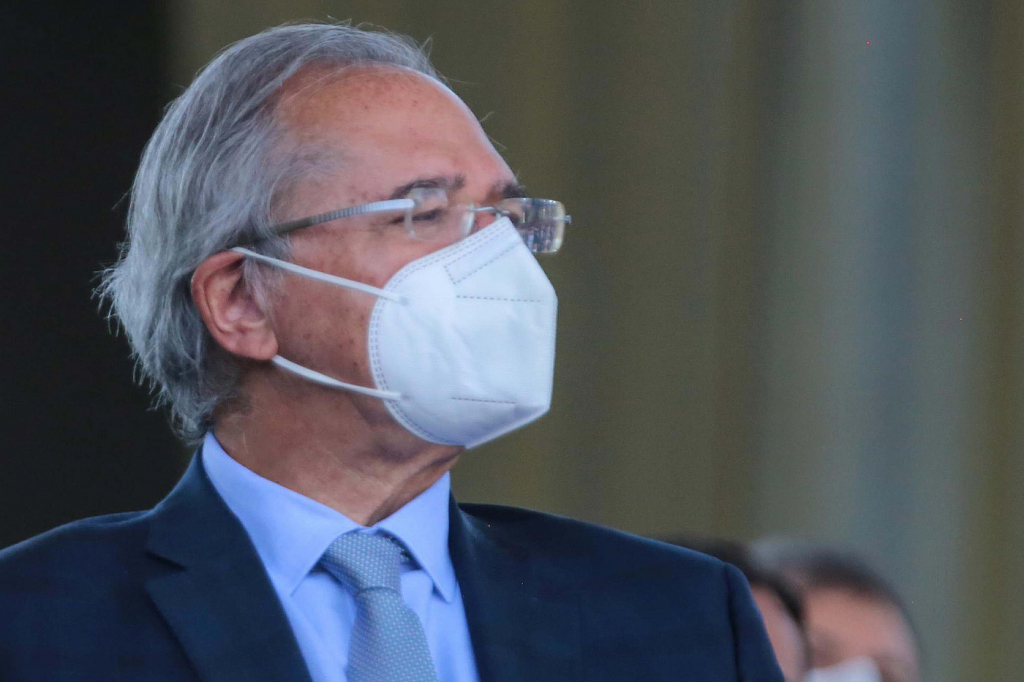 The Minister of Economy, Paulo Guedes, asked for help this Wednesday, 15, to the presidents of the Supreme Federal Court (STF), Luiz Fux, and from the Senate, Rodrigo Pacheco (DEM-MG), to resolve the payment of court orders for 2022. “It’s just that, when we’re desperate, we ask for protection from the presidents of the powers,” said the head of the economic team. The appeal came after Fux jokingly asserted that Guedes “played” the issue with him. “But Guedes is my friend. He is such a friend of mine that he puts a child on his lap that is not mine,” said Fux. The economic team is looking for a legal or legislative solution to the issue of court orders — as the federal government’s debts that no longer fit in resources are called. For next year, the federal government must disburse around R$ 89.1 billion. The Executive seeks to divide the amount through a Proposal for Amendment to the Constitution (PEC), sent to Congress, while trying to reach an understanding with members of the STF.

The two participated in an event promoted by the Movimento People ahead. The Economy Minister again defended the solution of the precatory as a means of increasing the monthly fee for Auxílio Brasil, a social program designed to replace the family allowance starting in November, for up to R$ 300. “How can I maintain our obligations, an increase in Bolsa Família, which everyone knows is necessary?”, asked the minister. According to the economic team, if the payment of nearly R$90 billion is imposed, there will be a lack of resources for other government activities, such as the social area. This Tuesday, the 14th, the minister mentioned that the increase in Bolsa Família may also come through the reform of the Income Tax. According to Guedes, even if the change has a neutral character — without the increase in taxes — it can stamp resources for the expansion of the social program. The measure is in the Senate and faces resistance from the business community, which claims that the changes will lead to an increase in taxation. According to the head of the economic team, if the agenda is blocked, the government can forward the renewal of the emergency aid with amounts of R$ 500. Currently, the benefit, with a deadline to end in October, distributes installments from R$ 150 to R$ 375. The measure, however, “will become a mess if there is no correct technical solution”, he said .