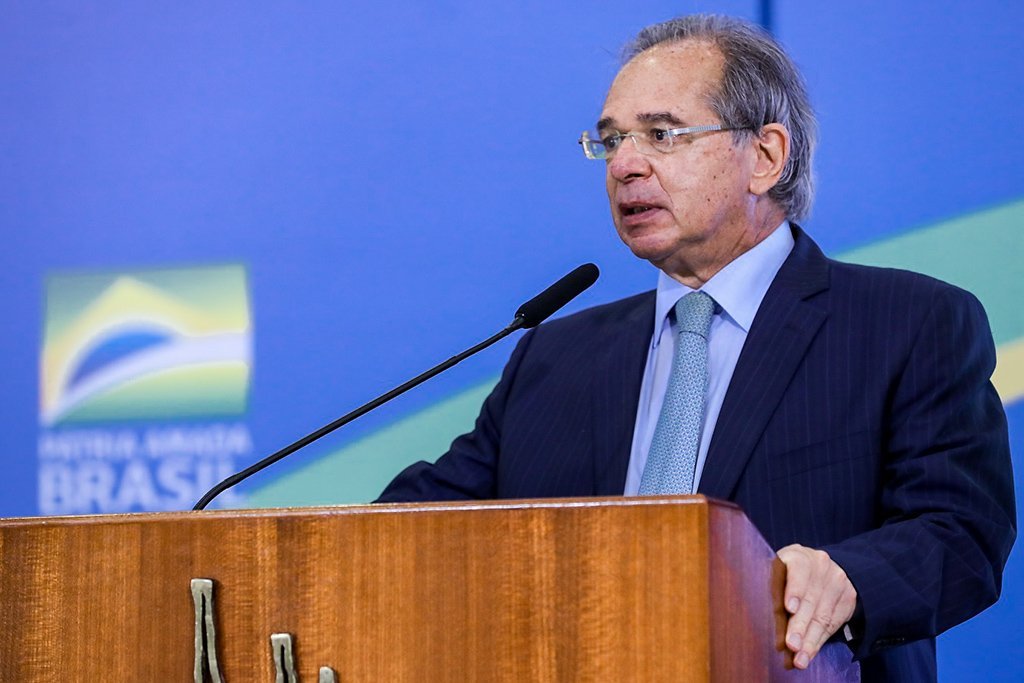 The Minister of Economy, Paulo Guedes, stated this Tuesday, 12, that the rise in prices is widespread throughout the world and that, in Brazil, the rise in food and energy prices accounts for half of the rates in the country.

“Inflation is all over the world. Half of inflation (in Brazil) is exactly food and energy,” Guedes said during an interview with CNN International in the United States, where he is to participate in events organized by the International Monetary Fund (IMF) and the group of the 20 largest economies in the world (G-20), of which Brazil is part.

According to the minister, it is because of this price resilience in key segments of the population that the government decided to maintain benefits granted during the coronavirus pandemic. “Therefore, our (social) protection is still there. We will maintain this protection. We will increase the direct transfer of income to the poor to cover food and energy prices,” he said.

The IMF predicted that inflation would continue to rise across the globe until the end of 2021, but should cool down next year and return to pre-pandemic levels. The Central Bank of Brazil also started its escalation of interest rate hikes in advance of the rest of the world to try to stop the rise in prices. The monetary authority believed that inflation would be temporary, but, lately, BC president Roberto Campos Neto admitted that the increases were more persistent than initially imagined.

In September, the IPCA, which is the country’s official price index, again surprised by showing an increase of 1.16%. With this data, the accumulated of 12 months surpassed the double digits and is in 10.25%. As a result, the index is far above the target pursued by the BC, of ​​3.75% this year, and is also above the tolerance range that the monetary authority can use to accommodate unexpected shocks, of 5.25%. Even with this margin, the BC should not fulfill its objective and Campos Neto will have to explain the failure to the Minister of Economy.

Regarding the aid to the most needy population mentioned by Guedes, the government intends to raise the average benefit of Auxílio Brasil to around R$ 300.00 per month. There is an expectation that the social program, which is the replacement for Bolsa Família, currently worth R$ 190.00, should be launched next month.

In the interview, the minister also spoke about the green growth package, which should be launched during COP-26, in Glasgow (Scotland), next month. He maintains the ambitious projection of tools worth US$ 2.5 billion and recalled, once again, that there are already around US$ 100 billion contracted in infrastructure.

When confronted about the nearly 600,000 deaths caused by the pandemic in the country, Guedes said that the country spent “more than double the average of emerging countries and 10% more than rich countries” to save lives. “I don’t accept your narrative. We spend more money saving lives than you do,” Guedes told a CNN journalist.

Still on the subject, he attributed the fall of 4.1% in the Gross Domestic Product (GDP) last year to social distance, and said that the measure also had negative consequences for the country’s unemployment. “Our choice was to keep lives in first. That’s why we spent 110% of GDP on income transfers to poor people, so that they could practice social distancing.”

About the “Pandora Papers” investigation, which identified Guedes (and Campos Neto as well) as the owner of a company in a tax haven (offshore), the minister said that he “has done nothing wrong”. He again said that his offshore is “legal, reported to the President’s Ethics Committee, declared with the Federal Revenue and registered with the Central Bank”. “I left the command of the company weeks before assuming the ministry. And in addition, last week, the Brazilian Supreme Court filed the case,” he said.