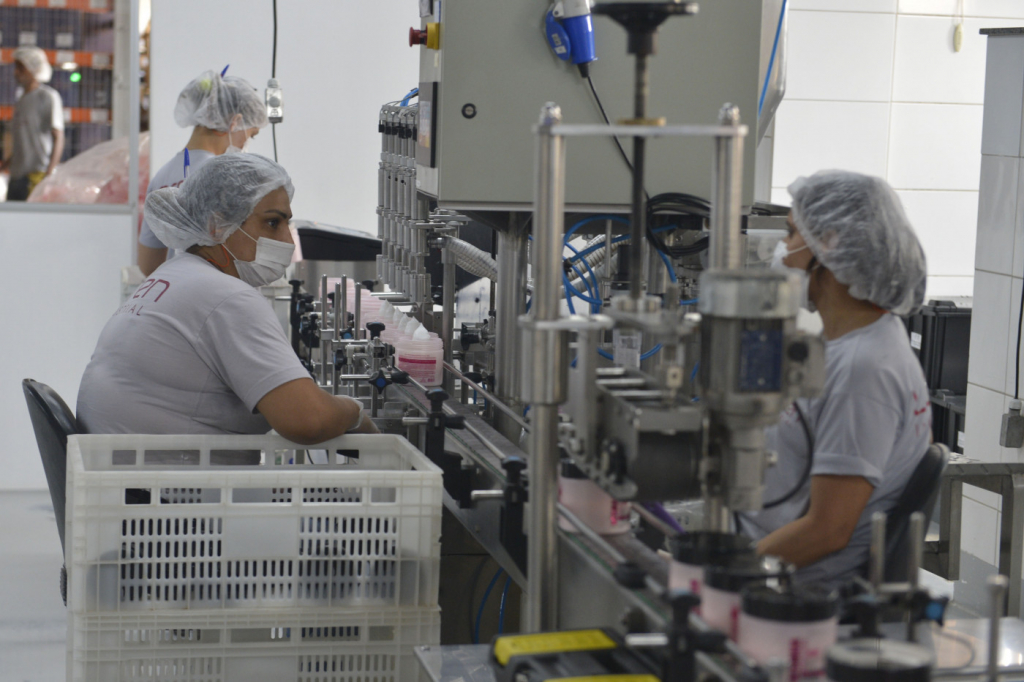 Indicators also show a drop in sales and hours worked in the period; job generation rises 0.1% and indicates slowdown

José Paulo Lacerda/CNI
A 0.3% drop in hours worked puts the sector back to a level slightly below that observed in February 2020

The accumulated loss of income of workers in the industry intensified in August with the rise of inflation, while the sector saw a deepening decline in sales and hours worked in the period. The information is from the indicators released this Monday, 4, by the National Confederation of Industry (CNI). Although the workers’ income increased by 0.5%, the accumulated Broad Consumer Price Index (IPCA) of 9.68% in the 12 months ending in August caused the salary to add up to a drop of 2% in 2021. “High inflation contributes to the reduction of the average real income of workers”, the report said. The real invoicing of the industries had a drop of 3.4% compared to July, maintaining the negative trend observed since the beginning of the year. Since January, the indicator adds 6.4% retraction. In parallel with August 2020, the drop was 0.2%. The indicator of hours worked registered a drop of 0.3% in the monthly variation. The performance intensifies the negative trajectory followed since February. The exception was July, when the hours worked were stable. “With the August result, the index returns to a level slightly below that observed in February 2020 (-0.8p.p.), before the crisis caused by the covid-19 pandemic. In 2021, the accumulated retraction is 4.7%”, said the CNI.

The generation of jobs indicates a slowdown with a high of 0.1% compared to July. Despite the drop in pace, the indicator accumulates high of 3.8% since January and registers positive results since August last year. The data, however, is overshadowed by the drop in income, says the CNI. The scenario impacts the low growth of the wage bill. In August, the indicator increased 0.8% compared to July, and accumulates an increase of 0.7% in 2021. “The real wage bill is 2.6% below the level observed in February 2020, before the pandemic. Despite the strong recovery in hours worked in the second half of 2020, at no time did the real wage bill return to the level it was before the pandemic”, pointed out the survey. In August, the Installed Capacity Utilization (UCI) indicator for the manufacturing industry dropped 0.1% in relation to July, in the series without seasonal influence. Since March 2021, the indicator has been above 80%, at a level above the historical average.