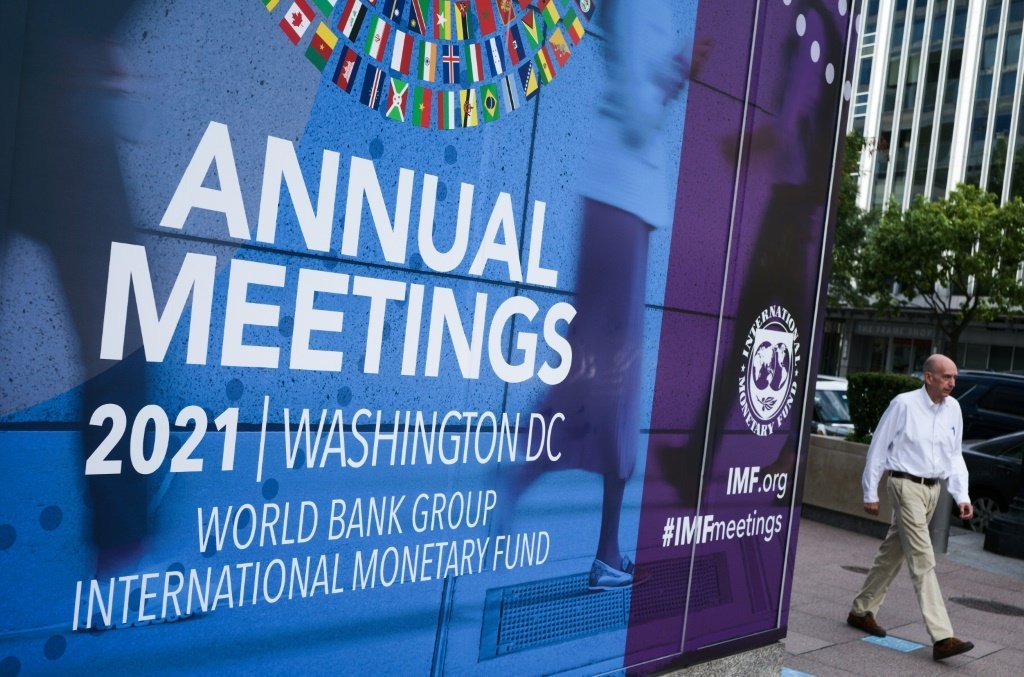 The world economy has been facing bottlenecks in supply chains for months that fuel inflation and threaten growth, a central theme at International Monetary Fund meetings (IMF) e do world Bank, e do G20 e do G7 this Wednesday (13) in Washington.

The supply problems caused by the increased demand for logistical transport amid the recovery from the pandemic, combined with the shortage of labor, led the International Monetary Fund to revise downwards the growth forecasts of several countries, among them United States, China, Germany and United Kingdom.

She warned of another variable that also contributes to supply limitations: the delay in vaccination against covid in developing countries.

About 58% of the population in advanced economies is already fully immunized, compared with 36% in emerging economies and less than 5% in poor countries, according to the IMF.

“We should be concerned about this divergence,” he said, “because as it increases, this risk of disruptions in global supply chains will be greater and therefore the pressure on prices, the pressure on inflation will be higher.”

The threat of inflation

What is feared is that rising prices will create a vicious circle that will force advanced economies to raise interest rates to curb inflation, which would increase borrowing costs for developing countries and further delay their recovery.

Inflation in the United States, the world’s leading economy, rose in September and reached 5.4% year-on-year, the Labor Department reported on Wednesday.

Although the IMF forecasts that inflation in advanced economies will decline by the middle of next year, “this mismatch between demand growth and lagging supply creates pressure on prices,” Georgieva said.

World Bank President David Malpass warned, on the other hand, that some price spikes “will not be transitory”.

He told reporters that 8.5% of the world’s container transport is blocked in or around ports, double the amount in January.

He added that the closing of factories and ports during the pandemic altered supply, boosting shipping rates and the final cost of goods.

“It will take time and the cooperation of political authorities around the world to resolve it,” he said.

Malpass also lamented the situation in developing countries, which are already facing a “dark picture” and a “tragic development setback” caused by the pandemic that has pushed 100 million people into extreme poverty and is causing debt problems in many countries.

The challenges of global supply are the focus of the meeting of finance ministers from the Group of 20 most advanced economies (G20) and the Group of Seven (G7), which brings together the main industrialized powers.

Rishi Sunak, UK finance minister, who chairs the G7 until the end of the year, will call for global action to address this issue.

Although your country is particularly affected by these dysfunctions, aggravated also by Brexit, Sunak said he will advocate for better “coordination” to make supply chains “more resilient”.

The United States announced an initiative to ensure that products go “from ships to shelves” with 24-hour operations in major ports.

President Joe Biden plans to announce this agreement at a meeting on Wednesday with the leaders of the gigantic port of Los Angeles and the International Union of Dockers and Warehouses (ILWU).

As the holiday season approaches, US Treasury Secretary Janet Yellen on Tuesday urged the population not to panic, saying there are too many goods available and price increases should be “transitory “.

But he admitted that price pressures “are not going to go away in the coming months. This is an unprecedented shock to the world economy,” he told broadcaster CBS.

Get unlimited access to the main analyzes about Brazil and the world. Sign the EXAM.
© Newspaper WordPress Theme by TagDiv