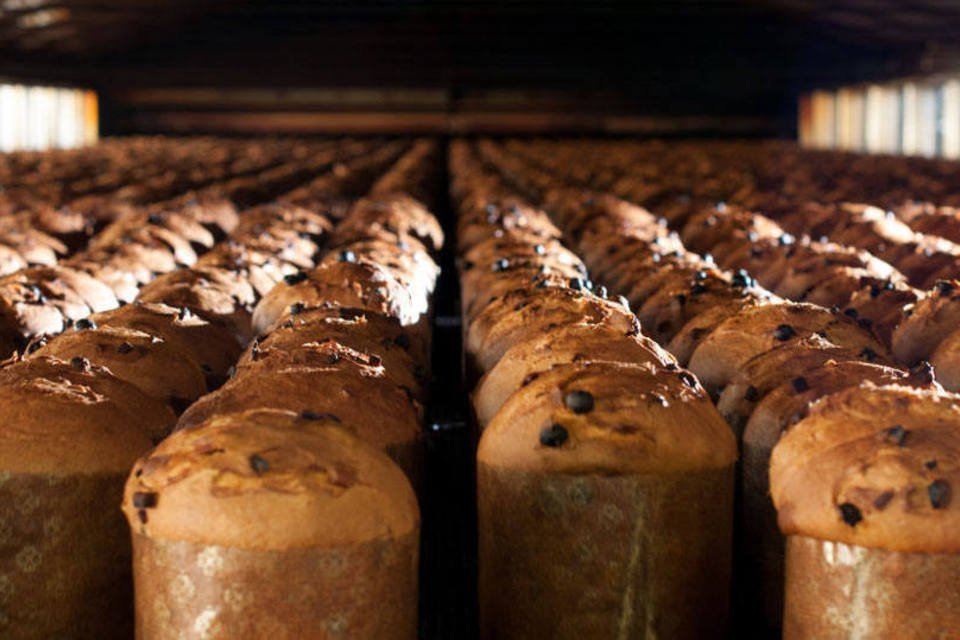 According to specialists in retail, two types of customer are in the trade’s sights. Find out what they are (Bauducco/Disclosure)

Children’s Day hasn’t arrived yet, but Panettone, Wreaths, Santa Clauses and ornaments made in China already occupy a prominent place on the shelves. in the year of inflation at 10% and the dollar at R$ 5.30, O Natal it starts in September and the cod fish runs the risk of being overtaken by pirarucu, a local competitor without much tradition at the event.

The anticipated invasion of imports and typical products from the end of the year parties on the gondolas also has an emotional component. To change the shopping calendar, the retail has ingredients such as the advance of vaccination and the desire to spend the holiday season with the family after more than a year and a half of the pandemic.

According to specialists in retail, two types of customer are in the trade’s sights. In the first group are those who saw the budget shrink in 2021 — with an increase in informality and unemployment, which affects more than 14 million Brazilians. They will need planning and time to compose the supper. In the second group are those who were not so affected by the crisis. For those, who don’t feel the earth shake with the rise of the dollar, the end of the year can be the supreme moment of the maxim “I deserve it”, even if any promotion is seen as a gift.

– There is the consumer impacted by the pandemic, who will opt for the basic, in economic sizes. Will search for the best price and opt for discount stores. And there is the non-impacted, which will seek innovation and cherish more expensive items with greater added benefit, but still keeping an eye on discounts — said Felipe Santarosa, NielsenIQ’s Retail Service leader.

In the South Zone, the red bonnet is already part of the uniform and towers of Italian Panettone and Christmas foods attract the attention of those who are not afraid of the exchange rate or the calories. According to the chain’s executive director, Pietrangelo Leta, the expectation is to bring more than 80 varieties of oil and maintain the supply of imported Norwegian cod throughout the year. But maintaining the glamor isn’t being easy or cheap. It was necessary to reduce the profit margin to have attractive prices.

According to Leta, the food sector is already going through the fourth readjustment this year, twice as much as expected. The network has already started negotiations to obtain discounts of 5% to 8% on products by bringing the payment term forward from 60 to 30 days.

The IPCA-15, the preview of September inflation, registered the biggest increase for the month since 1994, 1.14%. Food and beverages rose 1.27% in the period. In 12 months, the price index already exceeds 10%.

But if the stars of the party were less accessible with the price of shipping soaring, the way is to make room for some local talent. Zona Sul is studying the use of pirarucu, a fish from river waters native to the Amazon, as an alternative to cod and even salmon, for sashimi.

– We look at what the market does not offer. If the market is going to the basics, the commodities, we look for the differential. And we also thought of a way to pass on less costs to the consumer – said Leta.

But more expensive shipping is not just a headache for supermarkets. At Dora Presente, at Saara, in downtown Rio, bells, ornaments, domes of houses with chimneys wrapped in snowflakes, Christmas trees and Santa Clauses that did not come from Lapland, but from Beijing, also had their price affected by the cost of the transportation of the products.

– The price to bring a container from China to Brazil has increased seven times compared to pre-pandemic values ​​- said Leonardo Pena, who manages the store.

Products had already been affected by supplier increases, from 30% to 40%. With no room to reduce the profit margin, the solution was to pass on part of the adjustments.

At the store, the search for Christmas items starts in January, right after the party ends. To innovate, this year, items were chosen that range from prints for pillow covers to lanyards and even toilet paper.

After registering the worst revenue for August in four years, Pena moved the sale of the Christmas decoration to the beginning of September. The products already represent 5% of the store’s revenue. By December, he hopes that this percentage will exceed 50% and that this Christmas will not be the same as the one that passed.

— Christmas, for us, is the most important date of the year. As we started to receive a lot in August, we decided to anticipate. The forecast is that the store is fully ready for Christmas by mid-October – he said.

For Ulysses Reis, coordinator of the MBA in Retail at FGV, anticipating products on gondolas and shelves is also a way to produce expectations and anticipation in relation to the parties in a particularly difficult period in the economy:

— People are willing to pay less. Suppliers are struggling because they allow retailers longer lead times and greater flexibility. It has a crisis scenario mixed with the impact of stopped manufacturing in recent times.