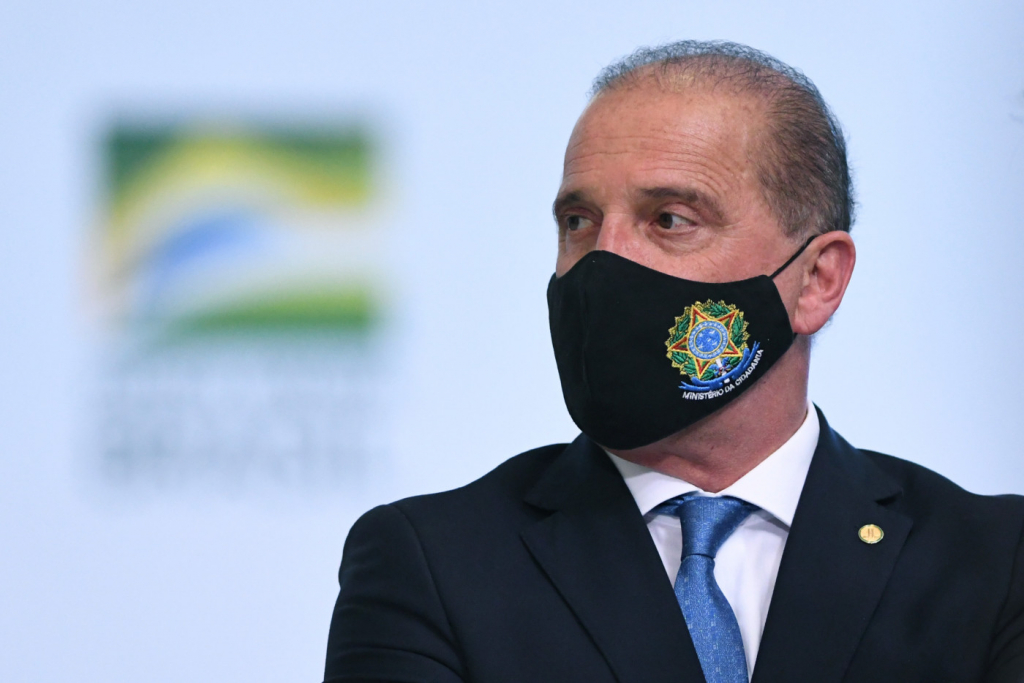 Optimism with the job market varies according to the perspective adopted by the observer. Anyone looking through the federal government’s data sees a country that for seven straight months has registered an increase in the creation of formal jobs and is in full recovery from the damage caused by the pandemic of the new coronavirus. On the other hand, data from the Brazilian Institute of Geography and Statistics (IBGE) reveal a scenario where unemployment reached 14.1% at the end of the second quarter — slightly below the record of 14.7% registered in the previous three months —, which adds up to a contingent of 14.4 million people without a job. The Minister of Employment and Welfare, Onyx Lorenzoni, states that this abyss between the two realities is a reflection of the labor charges levied in the country. “Brazil has a discrepancy, which is not new, precisely because we have a high cost on work in Brazil,” he said on the website of the Young pan. Just over a month ahead of the folder created with the dismemberment of Ministry of Economy, Lorenzoni says that one of the main challenges is to bring the mass of informal workers — which totals 35.6 million Brazilians — to the formal market. The path, he says, goes through the release of financing and qualification programs. “The challenge is to move towards formalization, whether through contracting, through programs that encourage occupantability or through oriented digital microcredit.”

One of the President’s main allies Jair Bolsonaro (no party), Lorenzoni criticizes the measures of social isolation adopted by States and municipalities in an attempt to stop the progress of the health crisis. “Experiences and scientific analyzes carried out around the world prove that the lockdown it is useless for absolutely nothing”, he says. For the person responsible for creating jobs in the country, the service sector – the most affected by the restrictive policies – will be responsible for leading the job market in the coming months. “The services area will provide an extraordinary response for Brazil.” Check out the main excerpts from the interview below.

What is the main challenge for job creation in the country? DI believe that there is a simplification of legislation and a reduction in taxes that weigh on labor. With these two elements, I am sure that Brazil will continue to generate many opportunities. We already have an example this year, as a result of the measures taken by President Jair Bolsonaro to simplify and facilitate business activity, so much so that, from January 2021 to July, we have already generated 1.8 million new formal jobs in Brazil. We hope to reach a number well in excess of 2 million vacancies by the end of the year, which would be unprecedented in the last decade of the country.

At what points is the country working to minimize these challenges? We are reviewing the labor legislation through normative instructions and ordinances. They are being revised to simplify and make life easier for the entrepreneur and open up more and more opportunities for the worker. On the other hand, we have the ‘repeals’ made periodically by the federal government. More than 3,000 different decrees were annulled, amended or reduced during these two and a half years of government. Therefore, employability is a little easier in Brazil.

Brazil registers high in the creation of vacancies signed for 7 consecutive months, including records. At the same time, the IBGE indicates more than 14 million unemployed. What explains this disparity? First, historically, Brazil has a big difference between the formal world and the informal world, so much so that we found 26 million invisible people in emergency aid who had never been found or had any kind of relationship with the federal government. Brazil has a discrepancy, which is not new, precisely because we have a high cost on work in Brazil. The challenge is to move towards formalization, whether through contracting, through programs that encourage occupantability or through oriented digital microcredit. We also work with Caixa to provide conditions for MEIs [Micro Empreendedores Individuais] and invisible can have better condition and performance. A formal contract is not always decisive for a family, but the occupation, the ability to produce income through other alternatives for insertion in the labor market, allows people to grow, develop and have a good quality of life. we have to work with the formal and informal universe, and it is in the informal universe that we have focused on the latest actions, precisely to allow that, with the resumption of the pandemic, no sector of the Brazilian economy is left behind.

How to encourage formal employment at a time when new variants of Covid-19 threaten the resumption of sectors? Brazilian cities are all fully functioning. Brazil is already among the countries that have the largest volume of vaccinations on the planet, second only to India and China. We have already surpassed the United States in proportional and relative numbers of vaccinated adults. Brazil must complete the vaccination of the population by November, and the economy returns to normal, a life that goes on. Experiences and scientific analyzes carried out around the world prove that the lockdown it is of no use at all, that ‘close everything’ doesn’t solve it, that we need to protect life, but also protect people’s jobs and occupations. What is the formula? Through microcredit, occupancy programs, this is the formula for responding to informality, for bringing people into occupation, qualifying them and directing them to formal employment. This is a ramp up of promotion and social access that the Bolsonaro government is doing.

Which sector should lead job creation in 2021 and 2022? I have no doubt that the sector that should grow a lot is the services. As the economy grows, as it has been growing, the GDP confirms an increase of up to 6%, as national and international agencies claim, the services area will provide an extraordinary response for Brazil.

Does the ministry have any actions in store to boost services or protect other sectors that are experiencing slower growth? No. These programs will allow all sectors to have sufficient instruments to generate opportunities. The issue of services is because tourism has been dammed for almost two years, and domestic tourism has been growing admirably. Brazil, when it has its entire population vaccinated, will be a very safe place.

What image of the job market will President Jair Bolsonaro be able to show in an eventual re-election campaign next year? We are currently focused on generating jobs, opportunities and income. Election, we talk next year.