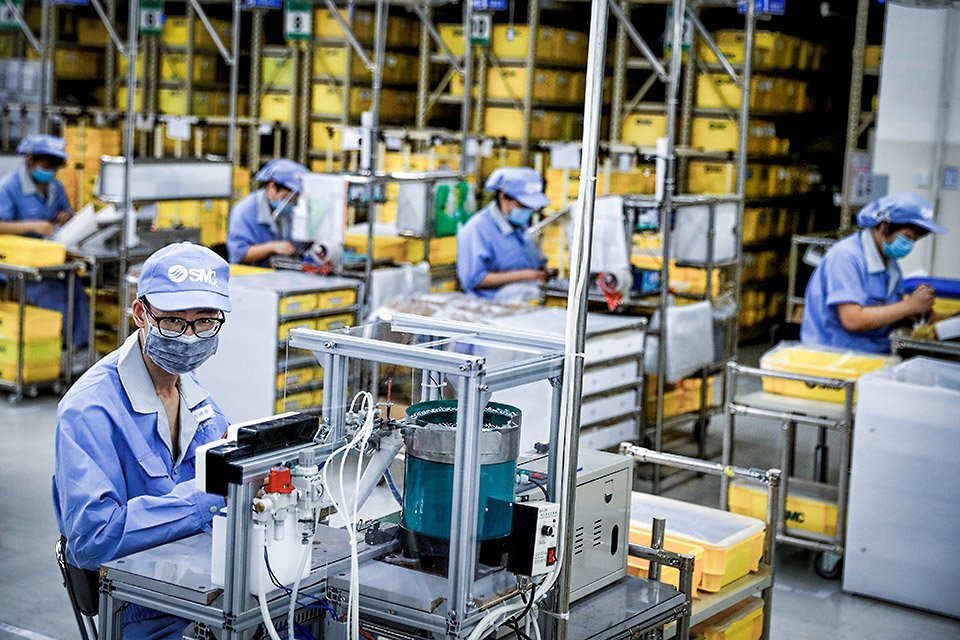 A China predicts a worsening of the shortage of skilled labor while the government develops sectors of technology and focuses on the need to improve teaching and training.

The mismatch between available jobs and people’s skills will become the main problem in the labor market, Gao Gao, deputy secretary general of the National Development and Reform Commission, told reporters on Monday after a presentation of a new five-year plan for jobs, which runs until 2025. The share of qualified professionals in the workforce has risen to approximately 30%, but it is still low compared to other world powers, according to him.

The Chinese economy faces a structural contradiction: it lacks skilled workers, but unemployment is high and increasing even more among young people. Companies on the east coast of the country report difficulties in hiring, while the unemployment rate among the 16- to 24-year-old population is more than triple the national rate of 5.1%.

In a detailed plan published Friday night, the State Council — the country’s main executive body — promised to boost skill levels in the economy, especially through vocational education. The average length of schooling for the working-age population will be increased from 10.8 years to 11.3 years. The only mandatory goal among the 10 goals listed is to improve the manufacturing sector and move up the value chain.

The government aims to create 55 million urban jobs by 2025 and limit the unemployment rate to 5.5%, according to the plan.

Beijing has promised that employment will be a priority in economic policy. This goal has gained importance recently, with authorities making greater efforts to reduce inequality in order to achieve “common prosperity”. This includes improving workers’ rights, especially in sectors such as technology, which on Friday received a high court warning about a culture of overwork.

As for labor rights, the government is committed to overseeing the framing of working hours and time off rules. Another promise is to reduce discrimination by encouraging employers to implement flexibility for babysitting and job training for women who leave work to have children.

A new focus in the employment plan is the promise of increasing the share of wages in the economy as a whole, which would narrow income inequality. Beijing has pledged to raise pay for workers, especially those on the front lines, while raising wages and productivity.