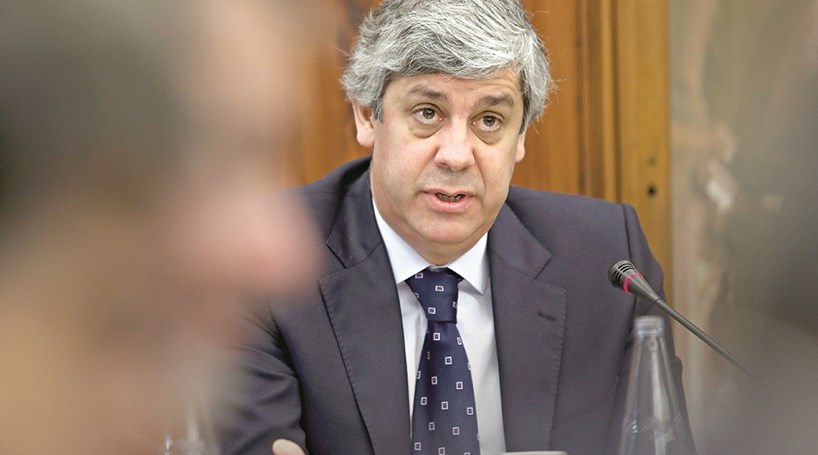 The governor of Banco de Portugal said today that both the BdP and the Resolution Fund are “against” the payment of premiums to the management of the New Bank and said that the amount will be “deducted” from the call for capital.

“The amount allocated to premiums at Novo Banco will be this year, similar to what happened last year, less the call for capital of Novo Banco,” he said. Mario Centeno during the presentation of the May Economic Bulletin, in response to a question about management awards to the team led by António Ramalho.

In this context, he stated, the Resolution Fund (FdR) and Banco de Portugal (BdP) “are against the determination of this payment [de prémios] at a time when the New Bank was to strive for preservation of its capital ”to be able to support the economy.

Ministry of Finance considers management premiums to be inadequate

Finance considers the payment of premiums to the directors of Novo Banco to be inappropriate and said it believes that the Resolution Fund will discount this amount in the call for capital, which Banco de Portugal has said in the meantime that it will happen.

Lusa questioned the Ministry of Finance about the bonus of 1.86 million euros to be paid to the members of the executive board of directors of Novo Banco, referring to the year 2020, with the office led by João Leão considered that “the practice of attributing Novo Banco management bonuses is not adequate”.

The Ministry of Finance also stated that “it believes that the Resolution Fund will act in accordance with the decisions taken in the previous year in the context of verifying the assumptions inherent to the fulfillment of existing contractual commitments”.

Novo Banco released the 2020 report and accounts on Tuesday night, through the Securities Market Commission (CMVM), a document in which it is said that the bank will allocate a 1.86 million bonus to managers for 2020 euros. The payment of the premium will be deferred to 2022, after the bank’s restructuring is completed.

Novo Banco was created in August 2014 in the resolution of Banco Espírito Santo (BES). In 2017, when 75% of the bank was sold to Lone Star, a contingent capitalization mechanism was created, whereby the Resolution Fund undertook, until 2026, to cover losses with ‘toxic’ assets with which Novo Banco remained with BES up to 3,890 million euros.

Novo Banco has already consumed 2,976 million euros of public money and, under the contract, it can collect another 914 million euros.