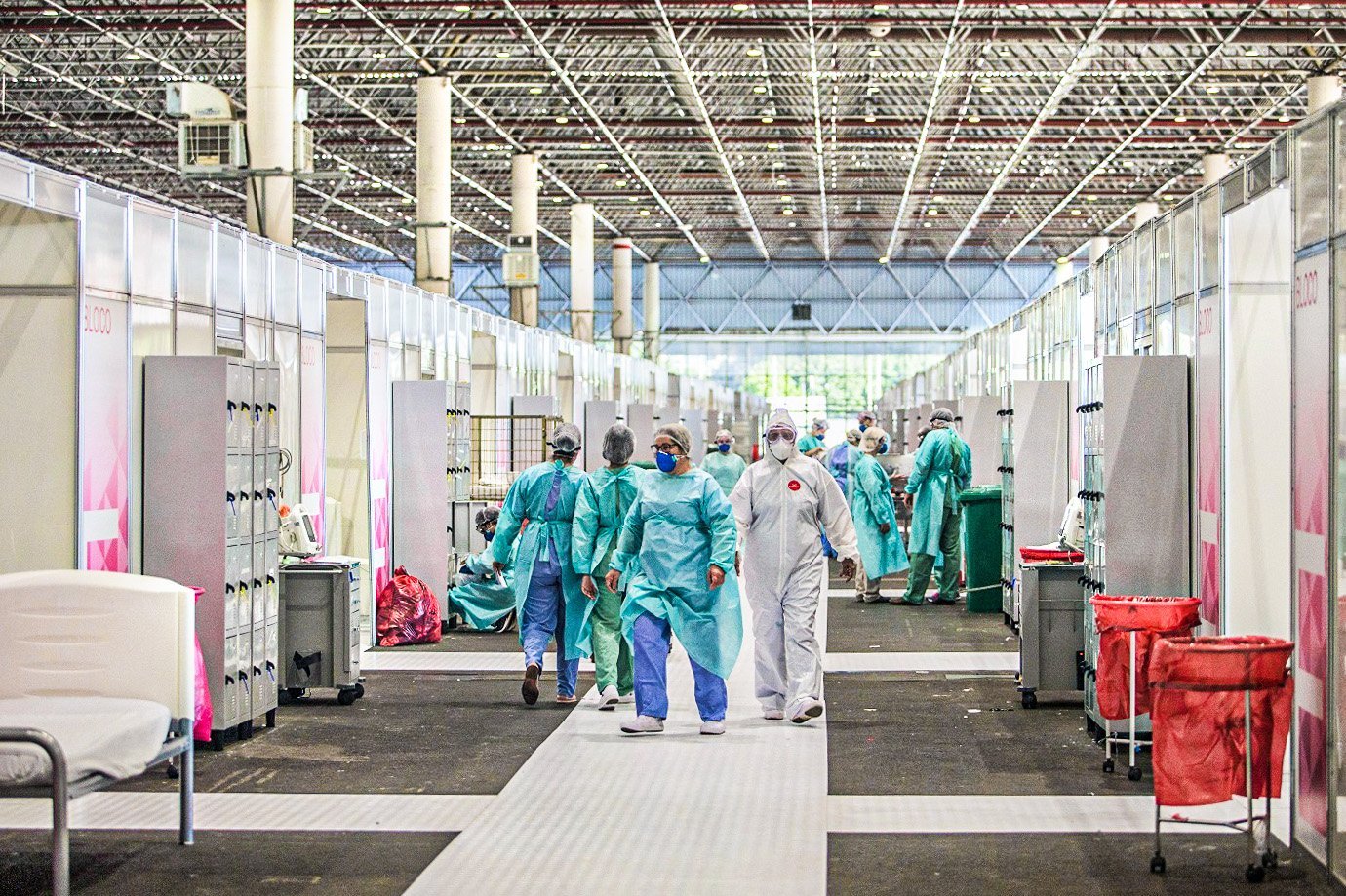 Anhembi campaign hospital in São Paulo has already been deactivated, but the bill was high. (TIAGO QUEIROZ/Estadão Content)

The impact of the covid-19 pandemic on the accounts of the city of São Paulo has already reached 6 billion reais. This amount is the sum of expenditures in the area of ​​Health with social programs until the month of May. The amount is 25% higher than the total estimated for new investments in 2021, which puts pressure on the budget, consumes part of the surplus accumulated in other years and advances on extraordinary revenues, such as the payment of debts in installments by taxpayers.

With 77 goals to meet by 2024, the current administration – now under the command of Ricardo Nunes (MDB) – has reallocated funds planned to fund the opening of new hospital beds, the delivery of food baskets to the most vulnerable population and the purchase of tablets for students from the municipal network to monitor remote teaching. There is still pressure to expand the subsidy with transport by more than 600 million reais.

Health, obviously, is the most impacted area. After seeing only the cost of services last year grow from 8.8 billion to 11 billion reais (in committed amounts), the resurgence of the pandemic required new emergency supplements and the forecast is to close this year with 12 billion reais of commitment – 22.5% more than initially budgeted.

According to the municipal secretary of Finance, Guilherme Bueno de Camargo, the additional expenses are being covered, for the most part, by surpluses from previous years. “For the remainder of the year, we will also count on the increase in collection caused by the faster economic recovery and, in particular, by the revenues arising from the Incentive Installment Program (PPI) that will be opened by the City Hall,” he said.

In addition to the PPI, which is expected to raise 400 million reais, the secretariat also works with the realization of other extraordinary revenues, such as Cepac auctions (real estate titles issued by the municipality that authorize constructions above the permitted limits) and the payment of derived grants concessions already carried out – the case of the Blue Zone – and yet to be finalized, such as the Autodromo de Interlagos.

Mayor Ricardo Nunes (MDB) stated that the Municipality “did not measure efforts” to make the necessary resources available to fight the pandemic. Officially mayor since May 16, Nunes has paid three more installments of emergency aid this year, but has not extended the benefit. According to him, the reason was the pressure of the cost of Health in the accounts and the resurgence of the pandemic in 2021, which keeps the hospital network always close to 80% occupancy.

Federal transfers. Contrary to initial forecasts, the capital closed 2020 in the blue due to an improvement in the collection of the second semester and by the aid transferred by the Union, both in transfers of extraordinary revenues and with the suspension of payment of the debt with the Union. , the participation of the federal government in municipal accounts has been falling.

According to Camargo, the values ​​of transfers from the Union, except for constitutional transfers (such as those from Fundeb, for example), totaled 1.5 billion reais in the period from January to May 2021, representing a drop of 4.3% compared to the same period in 2020. “Among current transfers (to fund services), the drop was 4.2%, which mainly includes Health (SUS) and Education. In capital transfers (for investments), the decrease was 10%.” When contacted, the Ministry of Economy had not responded to the report until the conclusion of this edition.

Despite the drop in federal transfers, São Paulo maintains the forecast to invest 4.5 billion reais this year, the same amount committed in 2020. The “optimism”, according to the Finance Department, is the result of the increase in the tax collection of city ​​from January to May 2021: 23 billion reais, representing a nominal expansion of 17.9% and a real expansion of 11.3% in relation to the same period of the previous year when discounting the inflation measured by the IPCA-IBGE.

Camargo recognizes that the good performance is due, in part, to last year’s comparison base, heavily affected by the restrictions imposed by the pandemic – in 2020, the retreat was 2% in the same period. But he claims that there are concrete signs of recovery in the three main taxes administered by the municipality: IPTU, ITBI and ISS.