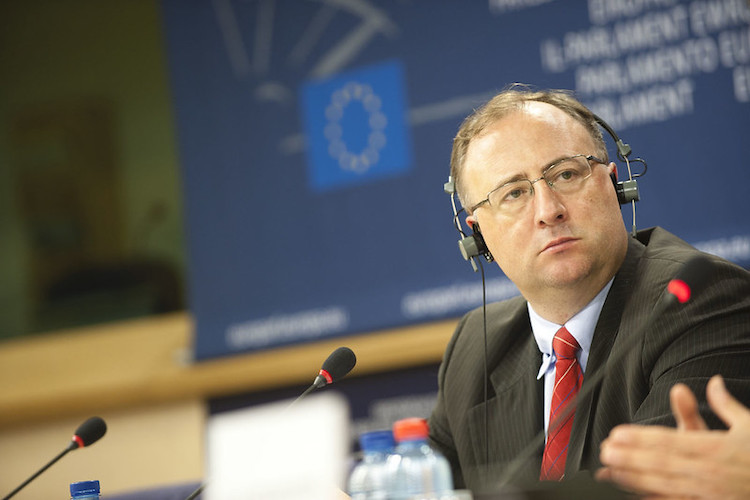 The European Union needs to reach a consensus on how to pay off the debt incurred to pay the “bazooka”, or there could be cuts in European funds.

According to PSD MEP José Manuel Fernandes, the European Union must reach a consensus on how to pay for the “bazooka”, otherwise Portugal could lose 10% of European funds of the next multiannual financial framework, Expresso advances. The cut rounds the 3 billion euros.

The financing of Recovery and Resilience Plans (PRR) and other European programs forced the European Commission to borrow from the financial markets. It should be remembered that the funds are divided into €390 billion in non-repayable funds and €360 billion in the form of loans to Member States. EU debt must be paid by 2058.

José Manuel Fernandes was one of those responsible for negotiating in December the “Inter-Institutional Agreement” between the Commission and the Council. The agreement provides for how the 27 can create their own resources to pay the debt of the “bazooka” and also how to raise revenue for other European struggles, such as the combating fraud and climate change.

“In this 2021-2027 multiannual financial framework, a charge of 12.9 billion euros is already foreseen. But the cost of debt will rise to an average of €15 billion a year from 2028, the equivalent of 10% of the annual budget. We need new money, but protecting future generations and without penalizing the citizens. Those who don’t pay should start paying. Whoever pollutes the most should pay more. Otherwise, we will have to cut 10% in the post-2027 European budget programs”, says José Manuel Fernandes.

The MEP knows that the negotiations are “complex” for demanding unanimity from the Council and from all Member States, which have different “constitutional rules” on how to pass laws.

The agreement provided for the European Union to increase revenue by creating Border Carbon Emission Adjustment Mechanism. This proposal is due to be submitted in July 2021 and entails the creation of a tax “on any product imported from a third country that does not have a system of attributing a price to carbon emissions such as the EU ETS”. The aim is to protect European companies and adjust the prices of imported products.

Another proposal that should also be introduced this month is the introduction of a digital tax about digital business activities that “take an intrinsically dematerialized form and benefit primarily from intangible assets”. A review of the EU Emissions Trading System (ETS) has also been scheduled until this summer. extend “to the maritime and aviation sectors”.

The Commission has scheduled the introduction of these revenue-generating proposals to pay for the “bazooka” on 20 July. However, Brussels suspended for now the digital tax proposal to focus on the agreement approved at the G20 to end tax havens with the implementation of a 15% minimum worldwide tax about multinationals.

Despite being satisfied with the milestone achieved by the G20, José Manuel Fernandes stresses that “the European Commission she is afraid to be proactive and respect the agreed, binding timetable for the introduction of new own resources”.

“It does not depend and cannot wait for possible agreements at a broader level. That is why it is not acceptable to give in to US pressure and postpone until autumn the presentation of the proposal regarding the taxation of digital giants”, reinforces the MEP.

The agreement’s roadmap provides for two further steps: introducing this basket of own resources by January 2023 and adding other additional measures to pay for the “bazooka” until January 2026. Both stages require negotiations between the European Council and ratification by all Member States.

Remember that this year a tax on single-use plastics has already been implemented to create more revenue for the European budget.