Model Rose Saudi ex-husband threatens her for a dog! | A nation is tweeting out of tune

Portugal climbed four positions, to 52nd place, in the Economic Freedom Index of 2021, according to the annual report of the Heritage Foundation, with the increase attributed to the improvement of budgetary health.

The Economic Freedom Index of 2021, released on Thursday, analyzes 178 economies, two less than in the 2020 edition, attributing to Portugal 67.5 points, 0.5 points more than last year, which puts the country in 52nd place globally and 29th place compared to the remaining 45 European economies, reported the agency Lusa.

The 67.5 points surpass the global average (of 61.6), but they are lower than the average of the Europe region (70.1), placing Portugal as a “moderately free” economy, according to the scale of the Economic Freedom Index.

“The Portuguese economy has been classified as moderately free since the launch of the Index in 1995,” said the report, stating that the two biggest obstacles to greater economic freedom continue to be a “history of high public expenditure” and a continued need labor market reform that reduces precarious forms of employment.

The report released in digital format from Washington also indicated the impact of the covid-19 pandemic on the contraction of the economy. In analyzing the weight of the State, the report attributes 78.2 points to budgetary health, while tax rates and public expenditure come up with a score of 60.0 and 42.4 points, respectively.

The report pointed out that the score that measures business freedom has decreased for the fourth consecutive year, but “the general business environment is still attractive from a regulatory point of view ”.

The most negative look is on freedom of employment, with the report pointing out that the labor reforms carried out in recent years “have failed to increase labor productivity”.

Cape Verde It has thus proved to be the African Portuguese-speaking country with more economic freedom, according to the same report. “The score on Cape Verde’s economic freedom has changed very little since last year, remaining moderately free,” the report reads. 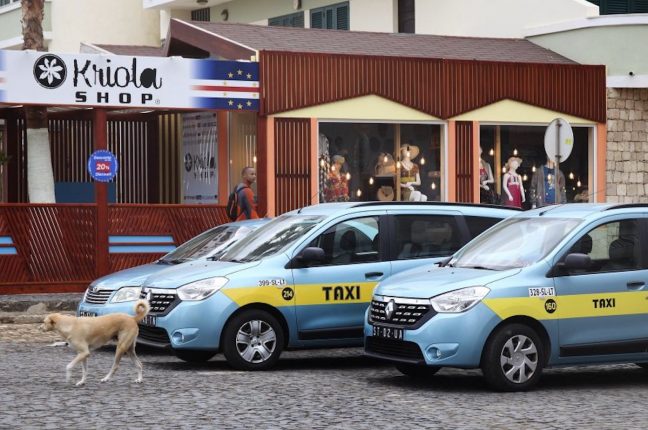 Taxi drivers on the island of Sal, Cape Verde

This score improved by 0.2 points, mainly due to an “improvement in budgetary health”, pointed out the document, pointing out that the overall score of 63.8 points is above the regional average and the world average.

Macau no longer included in the 2021 ranking of the freest economies in the world because, according to the organization, the policies of the territory started to be “controlled, in the last analysis, from Beijing”. Hong Kong, which led the ranking for 25 years, is also no longer in the ‘ranking’.

“The developments of the last few years have demonstrated unequivocally that these policies are ultimately controlled from Beijing”, stressed the foundation, detailing that the indexes of the two territories started to be indexed to China.

Portugal becomes the 26th most attractive country to work

Portugal was voted the 26th most attractive destination for foreign workers in 2020, an increase of four positions, compared to 2018, in the ranking led by Canada, according to a study by the Boston Consulting Group (BCG) also released on Thursday.

“Portugal is the 26th most attractive destination for foreign workers. This position represents an increase of four positions in the ‘ranking’ compared to 2018 ″, read in a joint statement by BCG, The Network, which participated in the development of the study, and Alert Employment.

Leading this assessment is Canada, surpassing the United States (USA), which until now were the most attractive destination.

However, according to the study, the covid-19 pandemic had a “significant impact” with regard to interest in working abroad, with preference being given to countries with the best results in containing the new coronavirus.

On the other hand, as pointed out, mentioned in the same document, BCG’s ‘managing director and senior partner’, Rainer Strack, “with the increased remote work, many consider that they can work in a virtual way, without the need to emigrate ”.

In this sense, almost all countries that registered increases in the top 10 of the assessment were successful in containing the pandemic, such as Australia (3rd position) and Japan (6th position). Singapore and New Zealand, which were also praised for their response to covid-19, are in the top 10 for the first time.

Conversely, countries like Germany and France retreated two places, while Italy and Spain are no longer among the top 10 destinations.

At the city level, the trend is similar, with New York, Barcelona, ​​Rome or Madrid being “now considered much less attractive than in 2018”. However, Tokyo and Singapore are more attractive, as are Dubai and Abu Dhabi. Lisboa, in turn, climbed 12 positions, moving from 40th place to 28th.

In Portugal, almost half (48%) of respondents are willing to work outside the country, while, worldwide, this percentage rises to 50%, below the values ​​recorded in 2018, namely 58% in the Portuguese case and 57% at world level.

Despite the lesser receptivity to change countries, 70% of Portuguese said they were willing to work from their country, but for a foreign employer, above the world average of 57%.

By sector, worldwide, around 71% of respondents with digital background or analytics and 67% with experience in information technologies replied that they would be willing to work for a company with no physical presence in the country.

In terms of educational qualifications, among respondents with a master’s degree or higher, the percentage of responses in this regard stood at 62%.

“This study reinforces the view that Portugal can seek to position itself as a preferred destination for companies and workers, above all, in a context of increasing digitalization and new forms of work”, said, in a statement, the ‘managing director and senior partner ‘from BCG’s Lisbon office, Miguel Abecasis.

For this person, Portugal has “characteristics that are difficult to replicate and that it should leverage”, such as “the good quality of the education system, the mild climate, the security, the friendly culture, the gastronomy or the level of English of a good part of the population ”.

Share
Facebook
Twitter
Pinterest
WhatsApp
Telegram
Previous articleMuhammad Ramadan raises controversy by his behavior with a flight attendant on a bed on the plane .. Is it a message to his wife? | A nation is tweeting out of tune
Next articleAnother rare record in the Hitman account .. Other players who are not even close ..

The head of the Saudi Entertainment Authority, Turki Al-Sheikh, surprised his followers by appearing with the Egyptian artist, Ramez...
Gulf News

Model Rose Saudi ex-husband threatens her for a dog! | A nation is tweeting out of tune

An Omani account exposes the rulers of the Emirates and reveals the story of pornographic films produced by international companies on their soil |...