Real estate with breaks of 80%. House prices will start to fall

Watch how Mohammed bin Salman appeared after undergoing an urgent surgery! | A nation is tweeting out of tune

Top-secret documents in a lawsuit revealed that the team that killed Khashoggi was transported via two planes belonging to...
Read more

Minister of Solidarity to the “Stock Exchange”: 10 ministries will participate in the second phase of “A Decent Life” next month

Investment in the countryside is the goal of the stage to achieve development The Minister of Social Solidarity appeals to...
Read more

Mindy gives Real Madrid a win in the final minutes of the match over rival Atalanta | A nation is tweeting out of...

French left-back Ferland Mendy, 25, succeeded in the 86th minute at the end of the match, to victory over...
Read more

More than 80% of real estate companies recorded declines in transactions and demand for properties in January, in year-on-year terms, and more than 70% reported a decrease in these indicators compared to the previous month, according to a survey by the sector association.

In a statement released Monday, quoted by the agency Lusa, the Association of Real Estate Professionals and Companies of Portugal (APEMIP) considered that “these numbers are disheartening and portray the consequences of the confinement that came into force on January 15, preventing real estate companies from carrying out their activities normally, as they are unable to make face-to-face visits ”.

According to the conclusions of the APEMIP Barometer – January 2021, conducted with real estate professionals operating in Portugal, comparing the sale of real estate in January with the previous month, 77.4% of respondents confirmed a drop in transactions, against 18% who indicated that the business was maintained and 4.6% that declared that it will have increased.

APEMIP noted that “demand already reflects the impact of the pandemic situation”, with 71% of professionals reporting a decrease compared to the previous month, increasing this percentage to 84.8% when the comparison is made with the same period of the previous year .

Cited in the statement, the president of APEMIP considered that, “if last year companies showed some optimism, despite the circumstances, in 2021 the fatigue and difficulties they face are mirrored in the results of this barometer ”. 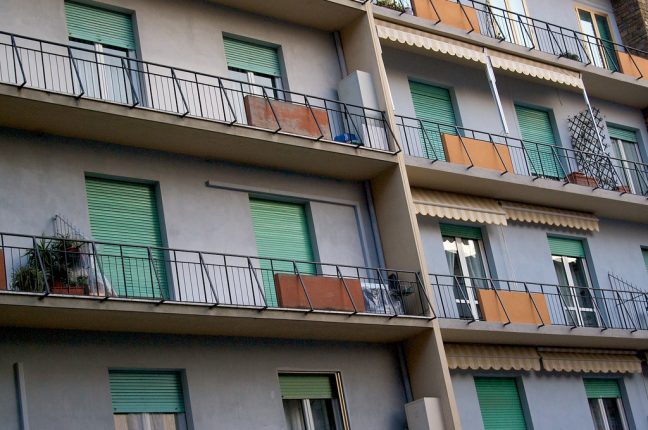 “On the one hand, the drop in demand is becoming noticeable, on the other hand, companies continue to be prevented from visiting and developing their activity, which is reflected in their degree of optimism for the performance of this year”, sustained Luís Lima .

According to the associative leader, “61% of the professionals declared that they had never done any business through virtual visits and 15.3% stated that they did not have the means to do so, which proves that this resource only serves very specific niches of the Marketplace”.

Emphasizing that these figures confirm “the ineffectiveness of virtual visits for doing business”, APEMIP called for the sector to be integrated in the first phase of deconfiguration.

With regard to the prices of the available offer, 62.5% of the respondents pointed to its maintenance, 31.4% to its fall and 6.1% registered an increase compared to the previous month. Compared to the same period last year, 44.9% of respondents stated that prices remained the same, 37.5% that decreased and 17.6% that increased.

For Luís Lima, it is “natural that prices begin to reflect the effects of falling demand and that there are some corrections to the values ​​practiced”, with this phenomenon “being particularly noticeable in the higher housing / luxury segment, which is affected by the fall in foreign demand (62.6% of respondents confirm a drop in this business), since the Internal market to absorb this type of assets ”.

Based on an online survey, the APEMIP Barometer – January 2021 took place between February 2nd and 11th, 2021 and had about 4,000 responses from professionals from licensed real estate companies operating in Portugal.

Share
Facebook
Twitter
Pinterest
WhatsApp
Telegram
Previous articleWhere is Puducherry? What are the options before the governor? On the side of the President’s rule ..! – Puducherry Assembly pinning .. Will go to polls under President’s Rule
Next articleSão Paulo hits the highest occupancy rate of ICU beds since the beginning of the pandemic – Prime Time Zone

Watch how Mohammed bin Salman appeared after undergoing an urgent surgery! | A nation is tweeting out of tune

Top-secret documents in a lawsuit revealed that the team that killed Khashoggi was transported via two planes belonging to...
Read more
Gulf News

Minister of Solidarity to the “Stock Exchange”: 10 ministries will participate in the second phase of “A Decent Life” next month

Mindy gives Real Madrid a win in the final minutes of the match over rival Atalanta | A nation is tweeting out of...

People forgot to ask..do the rulers care .. – Here Is The Detail Article Of Raise In Petrol And Diesel Prices

Occasional rise in petrol and diesel prices by 50 paise is a major concern across the country....
Read more

Gas duck .. What is the price of the increase once again.?

Whiskey: Liquor lovers like each brand. They take the brand they like. There are many...
Read more