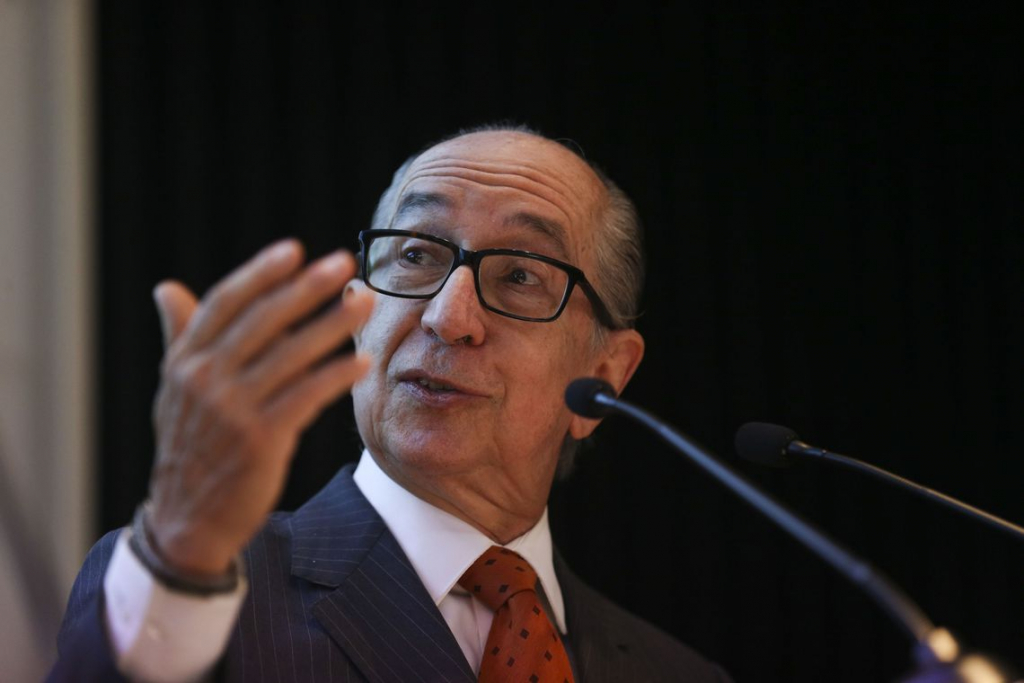 In an interview with Prime Time Zone, former Secretary of Revenue states that taxation of dividends alienates investors and harms competitiveness; despite criticism, economist says Congress text corrects errors in the original version

The new version of tax reform presented by deputy Celso Sabino (PSDB-PA), rapporteur of the bill in the Chamber of Deputies, does not bring benefits for the Brazilian economy, said the economist and former special secretary of the Federal Revenue, Marcos Cintra. On the contrary, the maintenance of the 20% tax on dividends – as proposed by the Ministry of Economy — risks harming the country’s competitiveness, alienating international investors and discouraging domestic production. “We will be introducing a distortion into the economic system. The Brazilian system was more efficient,” he said in an interview with Young pan. Changes in the Income Tax for Individuals (IRPF), another point maintained by the deputy that was already included in the original, is also classified as a mistake. “The essence of the project is two: taxing dividends and correcting the table [do Imposto de Renda]. I believe that these two goals, as they are being done, need a better assessment.” Despite the criticisms, Paulo Guedes’ former assistant claims that the text modeled by Sabino corrects errors in the original proposal drawn up by the economic team. “He [o relator] cleaned up unnecessary and controversial things that shouldn’t be there. It made a major review of a possible increase in the tax burden”, said the economist.

Cintra’s restrictions are not limited to text formatting. For the former secretary, the government does not work on tax reform in a broad way and does not know where it wants to go with the changes. “The government is discussing tax reform in a fragmented way. Nobody has a vision of the whole, and that is wrong”, he says. The solution would be to shelve what has been done so far and restart discussions with the formation of a special commission. According to Cintra, in approximately three months, this “group of notables” would be able to present more suitable proposals. “Thus, we would start a broad debate to make a real tax reform. What is being done are partial and isolated corrections that will create more problems than solutions.” The origin of the main mistakes was to concentrate the changes in the IRS, assesses the former head of the area, which led to a change led by the “collection bureaucracy”. “In the tax issue, the Revenue has taken on a role that does not belong to it”, he stated. Check out the main excerpts from the interview with Marcos Cintra below:

What is your analysis of the preliminary text? The first was biased by operational details, restrictions on activities and the taxation of companies, and this was remedied in Congressman Sabino’s report. In a way, there was an improvement. But the main points of the project are still there, which is the taxation of dividends and the issue of Interest on Equity, and the correction of the individual’s table. In these two items, which are fundamental to the project, there are still glaring technical flaws that will need to be corrected, as well as some debate about the essence of the measures. Dividend taxation is very controversial and I don’t think it should be changed given the current situation we have.

Does the rapporteur’s text correct the errors that the minister made in the proposal sent to Congress? It fixes several bugs. All those trinkets that the Revenue took advantage of the moment to put into this project, claims that were being made for a long time, without success, the deputy withdrew. The essence of the project is two: taxing dividends and correcting the table [do Imposto de Renda]. I believe that these two goals, as they are being done, need a better assessment. What I have been suggesting is that the government do what any country, and Brazil, has always done: a tax reform has to be comprehensive, integrated, that takes into account all taxes. It is a system with communicating parts. We move one piece, disturb another, so it is necessary to have a global vision. To prepare a project like this, a committee of independent experts, who do not represent any sector, should be created.. That would be a common sense solution. Paralyze the process, create an independent committee of notable and respected people, who within three months will present a project. That way we would start a broad debate to make a real tax reform. All that is being done are partial, isolated fixes that will create more problems than solutions.

Do the changes meet the demands of entrepreneurs? Yes. The report improved the project. Cleaned up unnecessary and controversial things that shouldn’t be there. Made a very large review of a possible increase in the tax burden. The project has improved a lot, but there are still two fundamental technical errors: how to correct the Income Tax table for Individuals and the issue of taxation of dividends and Interest on Equity.

Does the tax reform including the taxation of dividends not bring benefits to the country’s economy? None. The government itself is giving in to compensate for the increased distribution. There is already talk of reducing the taxation of Income Tax for Legal Entities by 12.5 percentage points. The government is taking from one side and giving from the other. Taxation will eventually stay the same. But it’s wrong, because there is a distortion. When profit is generated, it has two destinations. First it is taxed on generation, then it can be withheld or distributed. We will be introducing a distortion into the economic system. The Brazilian systematic was more efficient.

What was missing from the reform? Everything was missing. Tax reform has to be a systemic reform. In Brazil, the last high-level commission created to prepare a tax reform bill was in 1992, but it did not continue after President Collor’s impeachment. Since then, no high-level commission has been created. This is what we need now, after all, the time is inappropriate for a more drastic change in the tax system. We are trying to get out of a pandemic and, in the meantime, we could think about a global, comprehensive tax reform, carried out by independent experts and without specific interests to defend any sector.

Does the reform reduce or increase the tax burden? That’s a question we shouldn’t be discussing. It would be the obligation of the government and the Federal Revenue to provide the society with open numbers and spreadsheets. To date, we have been presented with numbers that cannot be justified in any denser and more technically justifiable report. The government is sinning for lack of transparency in the debates, the numbers are presented in a very superficial way.

Was slicing in stages a good way out? It’s like writing a book. You have to be aware of what you want to write and then do it chapter by chapter. You need to have a general guideline. We do not know where the government wants to go with the taxation of Individuals, with the Legal, with the issue of consumption taxation, with the taxation of PIS/Cofins. We are simply walking in the dark. It is necessary to have a vision of the whole. Nothing against doing it step by step, but as long as it is within a planned, coherent and consistent vision, and not in the chaotic way in which it is being done. IT’S like a kaleidoscope where things fall depending on how the object turns. It is a tax reform that will bring a lot of distortions to our system, worsen what is less bad and introduce a lot of errors in what is working well.

Does the reform meet what had been discussed by the economic team at the beginning of the government? The tax reform was controlled by the IRS corporation. I have the greatest respect for them, they are competent professionals, but they are not economic policy makers, they are tax collectors, they understand the system of how companies operate, business accounting. Setting up the tax policy is not the function of the Revenue. On the tax issue, the Revenue has taken on a role that is not up to it. Evidently, the minister allowed this to happen, and this is the source of some of the most important mistakes being made.