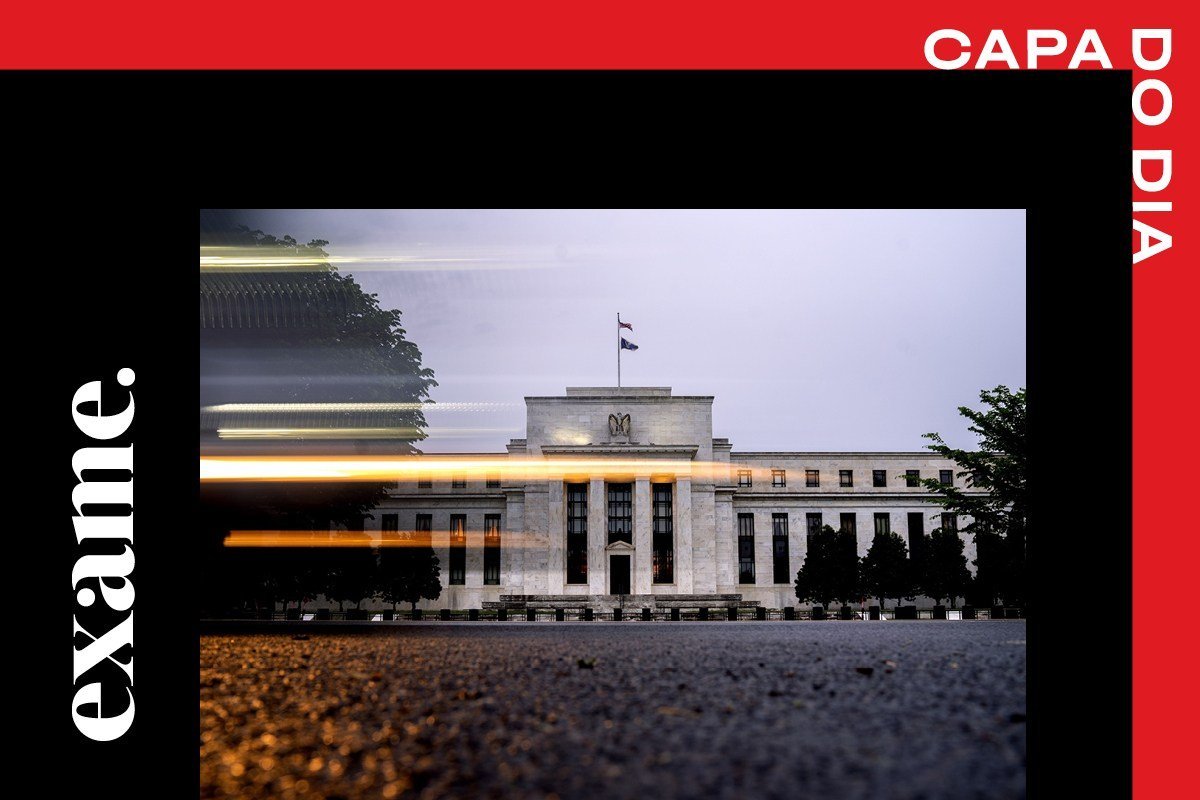 Federal Reserve Headquarters, US Central Bank, Washington: Critics of US economic stimulus are likely looking through the short-term noise, but inflation is likely to stabilize at a modest pace in coming years (Bloomberg/Bloomberg)

The Inflation Hawks (A term used in the United States for economists who advocate a more combative stance by the Federal Reserve, the American Central Bank, in signs of rising inflation) are stressed with the lawmakers of the Federal Reserve, as the institution’s president, Lael Brainard, who continue to say that the current outbreak of inflation it’s probably “transient” – as Brainard re-stated on the 1st. June in a videoconference held by the Economic Club of New York.

Their fear is that the Fed is lagging behind, losing control of the narrative and allowing expectations of high inflation establish themselves in the minds of consumers, entrepreneurs and financial market actors.

But perhaps inflation expectations aren’t actually rising that fast. Perhaps these consumers, executives and brokers are looking through the noise of the short term and realizing, correctly, that inflation is likely to go away. stabilize at a modest pace over the next few years. Take a look at the two lines of this chart: 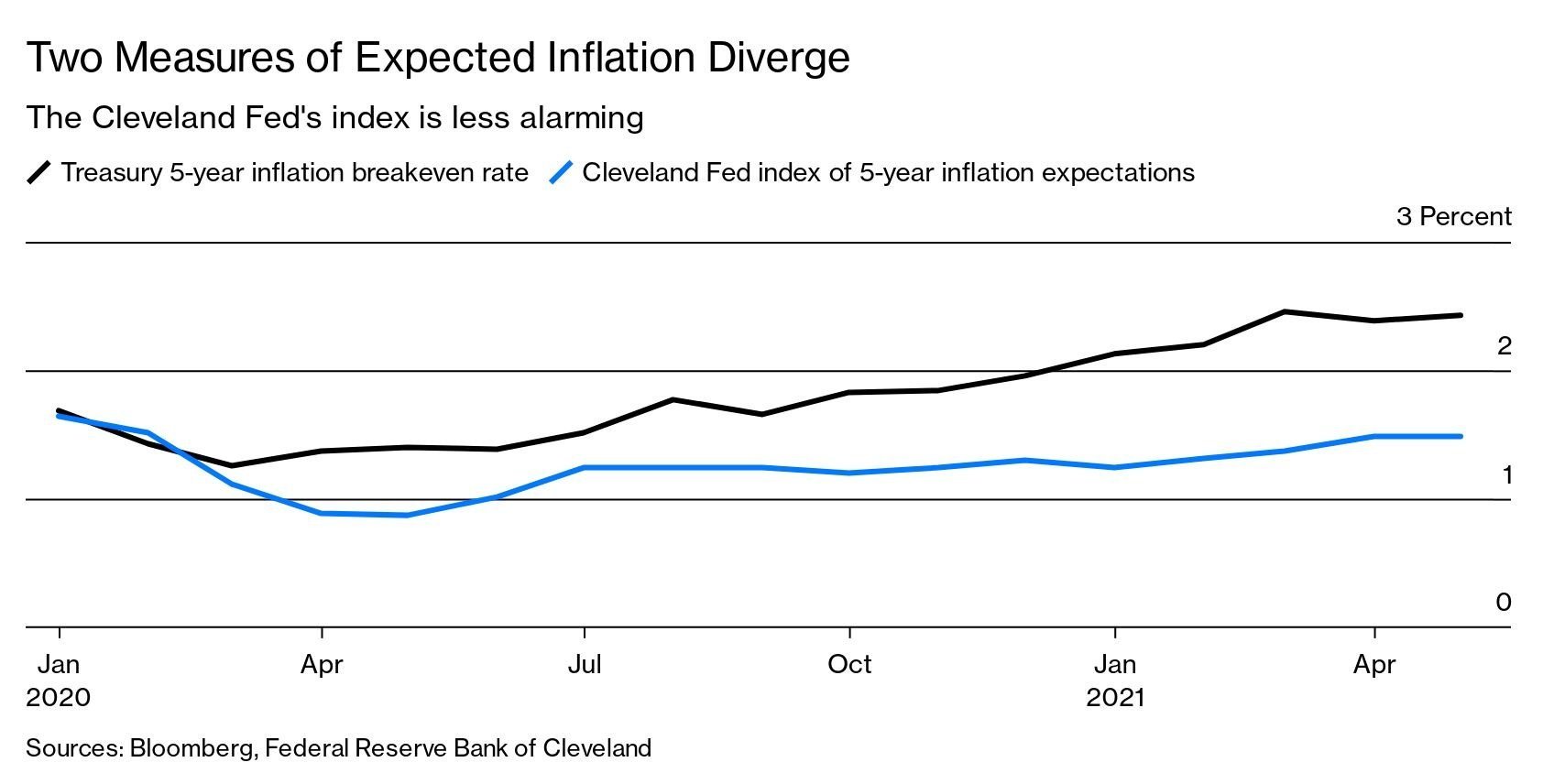 No doubt the top line is a bit of a concern. It shows expected inflation over the next five years to be just above 2.4%, which is noticeably above the Fed’s 2% target.

The Fed has been promising to let inflation float above 2% for an indefinite period, to make up for the long season when it was below 2%; however, an average rate of 2.4% over the next five years is pushing the index up a bit. People can get used to this rate, and it can be difficult for the Fed to lower expectations even below 2%.

That is, which line is right? The top one is based on just one variable, namely, the difference between the yield on five-year US Treasury ordinary bonds and the yield on inflation-protected Treasury bonds.

This gap, known as the equilibrium rate (breakeven rate, in the original in English), represents more or less what Treasury market participants expect annual inflation to be.

(Not accurate because other factors can widen or narrow the yield gap, such as investors’ diversified liquidity preferences. Common Treasury bonds are more liquid, meaning they are easier to buy and sell.)

The result, created by the Federal Reserve Bank of Cleveland, synthesizes market and research data, which includes forecasted consumer price inflation from Blue Chip Financial Forecasts (monthly inflation forecast prepared by the Dutch-American publisher Wolters Kluwer); data on inflation swaps, which are traded derivatives; current and past consumer price index data; short-term and long-term treasury bonds; in addition to the expectations gathered in the Survey of Professional Analysts (Survey of Professional Forecasters).

“If inflation expectations remain reasonably well anchored, this is a factor that will pull inflation back down,” said Robert Rich, who heads the Cleveland Fed Inflation Research Center, to my colleague Steve Matthews of Bloomberg. “As long as they are stable, this will be a turning point in the story.”

Given the proven benefits of diversification, the Cleveland Fed composite number is more likely to be right than the Treasury single-source equilibrium number. The Federal Reserve Board of Presidents has a composite figure with even more data, known as the Common Inflation Expectations Index, but it is only updated once each quarter. It was at 2.01% in the first quarter, before the latest inflationary fear spiked.

In his June 1 speech, Brainard said that not even inflation-protected Treasury bonds (aka TIPS, acronym for Treasury Inflation-Protected Securities) have been drawing an alarming picture.

“Indeed,” she said, according to the notes she prepared for her commentary, “since the release of the consumer price index data for April, the offsetting of the balance of inflation based on the TIPS for the next five years, as well as those for five years – five years from now – have been moving down, not up.

TIPS measurements suggest that, compared to the period before the release of April inflation figures, market participants have been demanding less offsets for expected inflation in the longer term, rather than more.”

Brainard pointed out that employment is still 8 million down from the pre-pandemic period, meaning there is still plenty of room for people to get back to work and ease the pressure on wages.

She also said that used vehicles, airline tickets and accommodation accounted for nearly a third of the monthly increase in prices for personal consumption, excluding food and electricity in April, even though they represent only 3% of the consumer’s market basket. So the price gain was limited and idiosyncratic.

There is no space here to cover all the discussions about inflation. But another comforting source is an interview by Danielle DiMartino Booth of Quill Intelligence with David Rosenberg, president of Rosenberg Research, who says he likes the method used by the Cleveland Fed to measure inflation expectations.

Here’s a brief summary of some of her arguments about supply and demand:

The hawks may still be right in the end, but for now, the plethora of evidence says the current high inflation is anomalous and transient.

What are the trends among the biggest companies in Brazil and the world? Subscribe to EXAME and learn more.