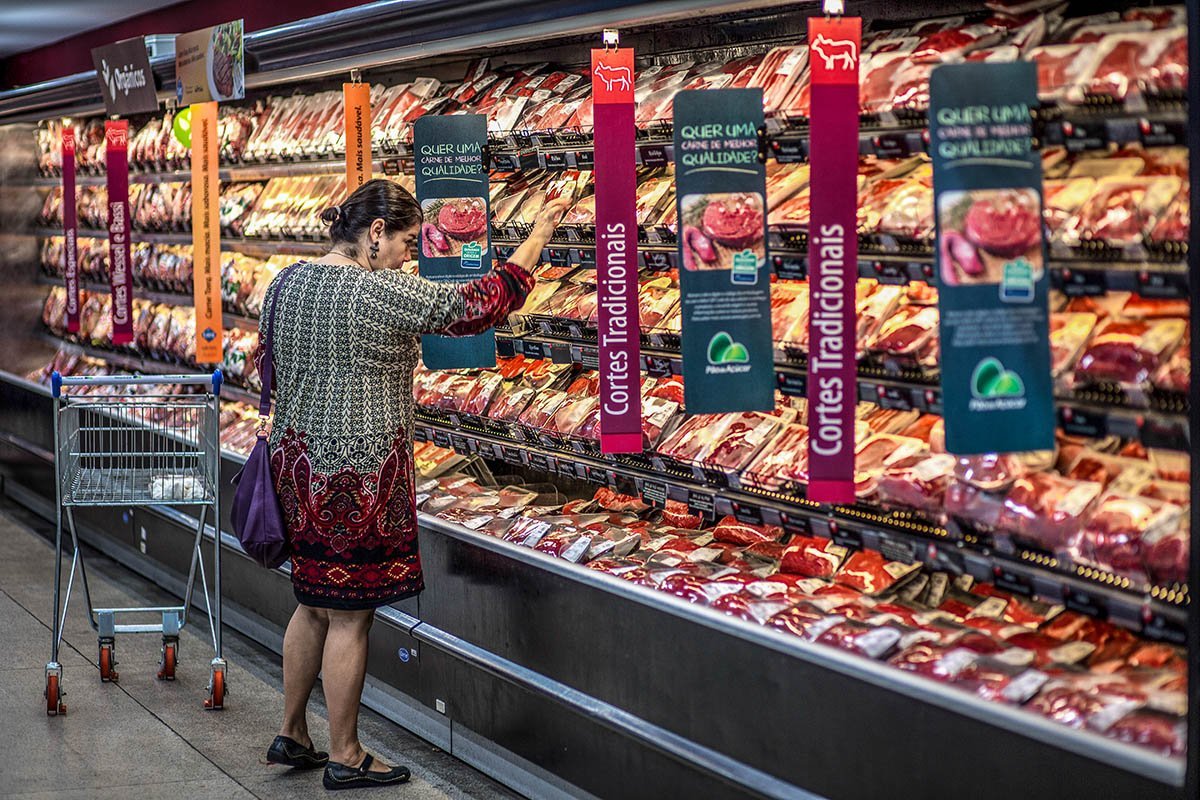 With Compressed income and rising unemployment, having red meat on the plate will weigh more and more on Brazilians’ pockets. And the scenario will not be different if the chosen alternative is the chicken, eggs or pork. Experts project that protein inflation will surpass the 10% mark this year after having already soared in 2020. The increase forecast for 2021 is well above the estimate for the official inflation (IPCA), 5.9%.

According to the LCA consultancy, the biggest increase this year will continue to be in the price of beef (17.6%), followed by pork (15.1%) and chicken (11.8%). As an alternative to meat, the value of chicken eggs should also rise (7.6%). The Brazilian Association of Supermarkets (Abras) foresees an increase in chicken prices between 10% and 15% at the end of July and beginning of August.

These predictions come at a time when the president’s popularity is falling. Jair Bolsonaro, which has already complained in public about the readjustment in the prices of meat, rice, cooking gas and fuel.

According to the president of Brazilian Association of Animal Protein (ABPA), Ricardo Santin, the reasons for the increase in beef differ from the reasons for the other proteins. While cattle producers had a reduction in production and greater exports, the blame for the higher price of chicken, pork and eggs falls on the inputs for raising animals.

The producers claim that the only way out is the transfer of costs to prices throughout the chain, until reaching the supermarket shelves. Santin explains that, until now, chickens sold at the end were raised, for example, with corn sold at R$50 a sack – a value that has shot up to R$90 in recent months.

“There is a deadline for production to reach the shelves, now that the chickens that are eating the most expensive corn are starting to arrive. The companies will have to pass on the price or else they go bankrupt,” he added.

According to the vice president of the Brazilian Association of Supermarkets (Abras), Márcio Milan, in June 2020 families spent an average of R$ 36.62 per month on chicken. With the increase in the price of the product and the replacement of beef, the expense rose to R$ 43.95 last month.

“There is an upward trend going forward, but this increase to reach the end will depend on the stock levels of each company. The supermarkets will exhaustively negotiate prices. When they cannot negotiate more, they will pass it on to the consumer,” he says.

With the budget pressured by the high prices of food, fuel and electricity, among other items, many Brazilians have changed the shopping list. Researcher Thiago Bernardino de Carvalho, from the Center for Advanced Studies in Applied Economics (Cepea), at the University of São Paulo (USP), says that the more expensive beef cuts are exchanged for pork and chicken. At the end of the exchange chain is the chicken egg.

“The egg is the highlight, because it is cheaper, but the demand is more heated, and the production cost has also gone up”, he completes.

Milan, from Abras, advises consumers to reinforce price research and make substitutions when possible. “Furthermore, we recommend buying as much as you need, not stocking up, because if everyone starts buying, demand increases, and the price goes up even more.”

How will post-vaccine life change your professional life? Sign the EXAM and understand.