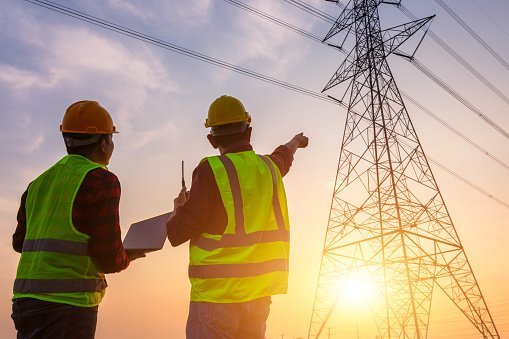 Electricity: October should be a decisive month for the risk of rationing in the country (Getty Images/Getty Images)

One of the government’s biggest bets to circumvent the water crisis and remove the risk of rationing energy it is the activation of four thermal power plants, which, together, are capable of producing 1,300 MW. “The thermoelectric plants are ready to be activated, there is only one problem”, says Xisto Vieira, CEO of the Brazilian Association of Thermoelectric Generators (Abraget). “Natural gas is needed to feed them and the input is not yet available in sufficient volume, although there are several government negotiations to increase supplies.”

One of the alternatives is to increase imports from Bolivia, one of the world’s largest producers of natural gas. Negotiations, however, have not advanced. Petrobras, responsible for intermediation with Bolivian state-owned Yacimientos Petrolíferos Fiscales (YPFB), is trying to sign a new contract with import volumes in excess of the current 20 million cubic meters per day – the goal is to reach 30 million. “So far, the negotiations have not been successful,” Petrobras informed EXAME through a note. “As already disclosed, Petrobras is working with YPFB in the search for a new interruptible contract for a temporary increase in imports from Bolivia.”

The high global demand for natural gas, with the economic recovery, and the exponential growth in the product’s price, which increased 1,000% in Europe since last year, is pointed out by market sources as one of the barriers to signing new contractual clauses. Another, equally important, is the very limitation of YPFB’s generating park. “The company has been suffering from structural issues that have not allowed production to resume at the levels of a few years ago,” says Rivaldo Moreira Neto, president of the Gas Energy consultancy.

The four thermal plants listed by the government to start operating in October, Cuiabá, Uruguaiana, Termonorte 1 and Termonorte 2, await the arrival of the input. Together, they have the capacity to produce 1,300 MW. With the water crisis, the country will need to generate something close to 5,000 MW so that there is no energy shortage, according to the National Electric System Operator (ONS).

“At the moment, it seems a little difficult to close this account, given the system’s own restrictions and the difficulty in obtaining a significant volume of natural gas to feed the plants”, says economist Adriano Pires, founding partner of the consulting firm Centro Brasileiro de Infraestrutura ( CBIE).

In the race to find solutions to the crisis, the country has been increasing gas imports from countries like Argentina, Uruguay and the United States. Today, Brazil is already among the main buyers of liquefied natural gas (LNG) produced by American companies, along with South Korea, China and Japan – six oil tankers are on their way to the Brazilian coast with shipments of the input. The country has been setting records for the purchase of LNG: in July, volumes reached 28 million cubic meters per day, according to Wood Mackenzie.

An extensive network of gas pipelines takes the input to the plants. But the system has some bottlenecks. In the Northeast, the network faces limitations that do not allow the full supply of thermal plants such as Termofortaleza and Termoceará.

One of the hopes is the operational resumption of the Route 1 gas pipeline, which transports the gas produced in the pre-salt of the Santos Basin, in São Paulo, scheduled for October. The network was stopped this month for maintenance. “Even so, we need to greatly increase the volume of natural gas available so that it is actually possible to activate the four thermoelectric plants scheduled to come into operation,” says Xisto Vieira, CEO of the Brazilian Association of Thermoelectric Generators (Abraget).

For now, what seems more certain is the generation of 1,300 MW by the GNA 1 plant, which was activated on the last 16th. After a stoppage due to technical problems on Monday, 20th, the plant went back into operation on Thursday, 23rd. presented significant difficulties of resolution, according to market sources, and should not compromise the operation.

The energy crisis threatens to take shape at a time when companies consolidate economic recovery and demand for electricity grows. Energy consumption is expected to increase 4.7% this year, according to a study by the Electric Energy Trading Chamber (CCEE) carried out jointly with NOS and the Brazilian Energy Research Company (EPE).

“It’s the so-called perfect storm, in which the recovery demands an expansion of energy use precisely in a period of water crisis and rising global natural gas prices, which beats inflation,” says Pires. “Brazil could have planned the energy issue better some time ago, when it was already clear that it would rain less, as has been happening. Now we have to deal with an emergency problem.”