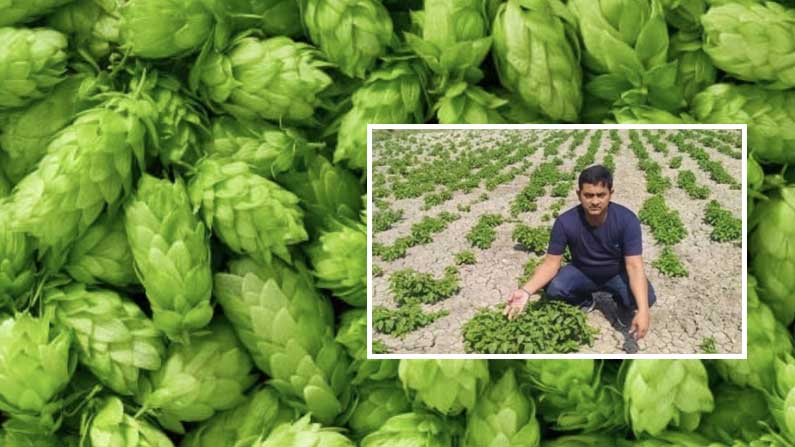 Amaresh Singh from Bihar is cultivating this rare crop. He is cultivating ‘hop shooters’, the most expensive crop in the world. If you hear the cost of these ..

Amaresh Singh from Bihar is cultivating this rare crop. He is cultivating ‘hop shooters’, the most expensive crop in the world. You will definitely be shocked to hear the cost of these. Kg hop shoots are priced at around Rs.

Amaresh Singh from Karmedid village in Nabinagar, Aurangabad district, is an Intermediate student. Amaresh .. decided to experiment on a five acre farm that he inherited from his grandparents. He embarked on this experiment sooner than expected.

One kilogram of this vegetable costs about Rs 1 lakh ! World’s costliest vegetable,’hop-shoots’ is being cultivated by Amresh Singh an enterprising farmer from Bihar, the first one in India. Can be a game changer for Indian farmers 💪https://t.co/7pKEYLn2Wa @PMOIndia #hopshoots pic.twitter.com/4FCvVCdG1m

Global agricultural markets are amazed at this Bihari crop. This is due to the large international demand for this crop. Six years ago, with the hop shoots crop on his farm, Amaresh was in the international market at a price of a thousand pounds per kilo. According to market sources, hop shoots are currently worth over Rs 1 lakh per kg.

Research has shown that these plants contain acids called humulons and lupulons, which are used to kill cancer cells in the human body. Stress, anxiety, as well as insomnia are said to be cured with these hop shoots‌. These hop shoots are used in beauty care in European countries as they are high in antioxidants.

This is very important to enhance the aroma in the beer. They have been used in the preparation of herbal medicines. However, over time, it also entered the market as a vegetable crop. Their stalks are used in cooking.

Where the crop grows

The climate must be cool for this crop to be harvested. The crop is harvested between March and June. Plants grow faster if there is enough moisture and sunlight. An agronomist from Indian Vegetable Research in Varanasi, Dr. Amaresh is cultivating hop shoots with the help of Lal.

Why are they expensive?

Hop shoots can be very short. Are very light. It weighs equally with canakambaram flowers. Very small so you have to take hundreds of hop shoots to fill the carrier bag. That is why agricultural markets claim that it is a very expensive crop.

Black money in the guts of Yadadri .. Central Finance Ministry Clarity on IT deals