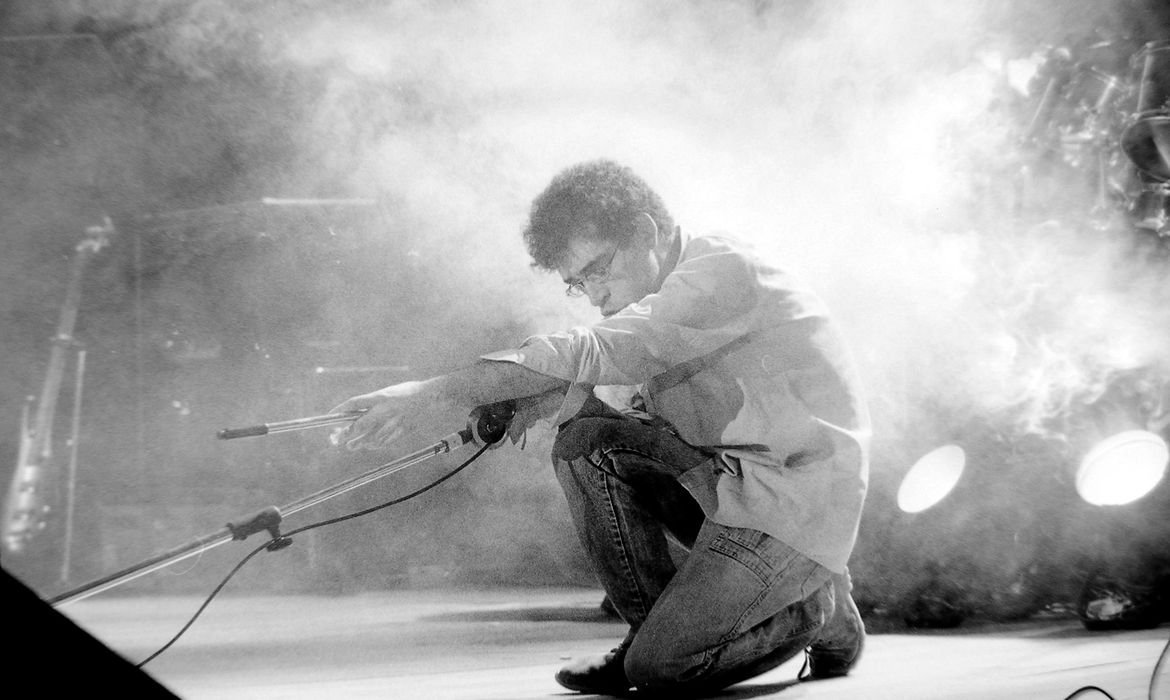 For 25 years, the striking, poetic and deep voice of Renato Russo was silent. The singer and composer, owner of songs like Eduardo and Mônica, Still is Early and Pais e Filhos, died prematurely at the age of 36, on October 11, 1996, after a long career in the band Legião Urbana and, above all, with a full life of memorable moments.

Even with these more than two decades of absence, Renato is still celebrated for his songs with strong lyrics, which speak to various audiences. It is the indignation of Que País É Este, the choked cry of Pais e Filhos, the love story with common people by Eduardo and Mônica, or even the musical-loving epic of Faroeste Caboclo.

To celebrate Renato Russo, remember the main moments of his life and work:

Before being Renato Russo

Despite being known as a rock icon in Brasília, Renato Manfredini Júnior was born in Rio de Janeiro, on March 27, 1960. He lived there until he was six years old, on Ilha do Governador, in the north of the city, when he moved with the family to New York. It was only in 1973, in his early teens, that Renato arrived in Brasília with his family. Until entering the world of music for good, he did a little of everything: he studied English and, shortly thereafter, became a language teacher. In addition, he worked as a radio announcer, presenting jazz and Beatles programs.

It was precisely during this period of recovery that Renato had the idea of ​​retiring Manfredini and adopting the artistic name Renato Russo. According to him, it was a tribute to the Englishman Bertrand Russell and the French Jean-Jacques Rousseau and Henri Rousseau.

Five years after arriving in the Brazilian capital, in 1978, Renato Russo met Fê Lemos. This meeting was the seed that was missing to start a band: Aborto Elétrico. With a clear influence of American punk rock, the band achieved some recognition in the region of Brasília, integrating Turma da Colina, a movement of bands from the Central Plateau created during this period. But a fight between Renato Russo and Fê Lemos ended up putting an end to the group and opening space for the Legião.

With the early end of Aborto Elétrico, Renato Russo joined Marcelo Bonfá, Eduardo Paraná and Paulo Guimarães – and later with Dado Villa-Lobos taking over the group’s guitar – to form the band Legião Urbana, in 1982. In that decade they launched some one of the most played songs on radios in the period, such as Sera, from 1985; Eduardo and Monica, 1986; What Country Is This, 1987; and Pais e Filhos, from 1989. Thus, quickly, the band left the federal capital and gained recognition throughout the national territory.

Renato Russo’s only son is Giuliano Manfredini, the result of the singer-songwriter’s involvement with a fan, Raphaela Manuel Bueno. She would have gotten pregnant with Renato at the beginning of their relationship, but had no contact with the singer of Legião Urbana during her pregnancy. He returned to Renato’s life only when Giuliano was already three months old. Due to the death of Renato and his mother, victim of a car accident, Giuliano Manfredini ended up being raised by Renato’s family until he came of age.

Renato Russo died in the early morning hours of October 11, 1996 due to chronic obstructive pulmonary disease, septicemia and urinary tract infection – consequences of AIDS. Renato had been HIV-positive since 1989, but he never publicly admitted to the disease.

Since his death, in these 25 years of absence of Renato Russo, there have been countless tributes paid to the singer and composer. His career inspired films such as Faroeste Caboclo (2013), directed by René Sampaio, and Somos Tao Jovens (2013), by Antonio Carlos da Fontoura. In 2006, several artists participated in the CD Renato Russo – Uma Celebration, featuring their most celebrated compositions. He was also the subject of an exhibition at the Museum of Image and Sound (MIS) and has been the subject of books, such as the biography Renato Russo: O Filho da Revolution and Legionary Discobiography, about Legion.

In 2020, police officers in Rio found reports pointing to the existence of unpublished songs recorded by Renato Russo. Agents of the Police Office for the Repression of Crimes Against Immaterial Property (DRCPIM), of the Civil Police of Rio, carried out Operation “Seriously?”, which sought to identify and locate possible unpublished works by the singer and composer.

Documents were found that show the existence of the versions left by the artist, but not the recordings yet. The action is the result of a year of investigations that indicate that the owner of a recording studio in Rio de Janeiro would be hiding the artist’s unpublished songs.

The studio was used by Renato Russo in his last years of life. Afterwards, Operation Tempo Perdido was activated to seize more materials that, according to the police, should have been in the possession of Giuliano – Renato’s son. About 91 master tapes were stored in the warehouse of Iron Montain, the archiving company used by record companies. The material, according to the police, contains unpublished recordings, such as a version of Faroeste Caboclo in reggae rhythm and an unpublished song, Helicopter.

Finally, it is worth remembering the legal dispute between Giuliano Manfredini and the living members of Legião Urbana, Dado Villa-Lobos and Marcelo Bonfá – a case that has been going through the courts for nearly ten years. In addition to starting to make firm reservations regarding the use of the name Legião Urbana in concerts that the two performed, such as the commemorations for the anniversaries of the albums Dois and Que País É Esse?, Manfredini also started to invest against any project that could carry the name of the Legion. Or that, in his understanding, it could become a project one day.

However, in July 2021, the Fourth Panel of the Superior Court of Justice (STJ) upheld the sentence that allowed them to use the name Legião Urbana even without Giuliano Manfredini’s authorization, being able to return to perform as a band.