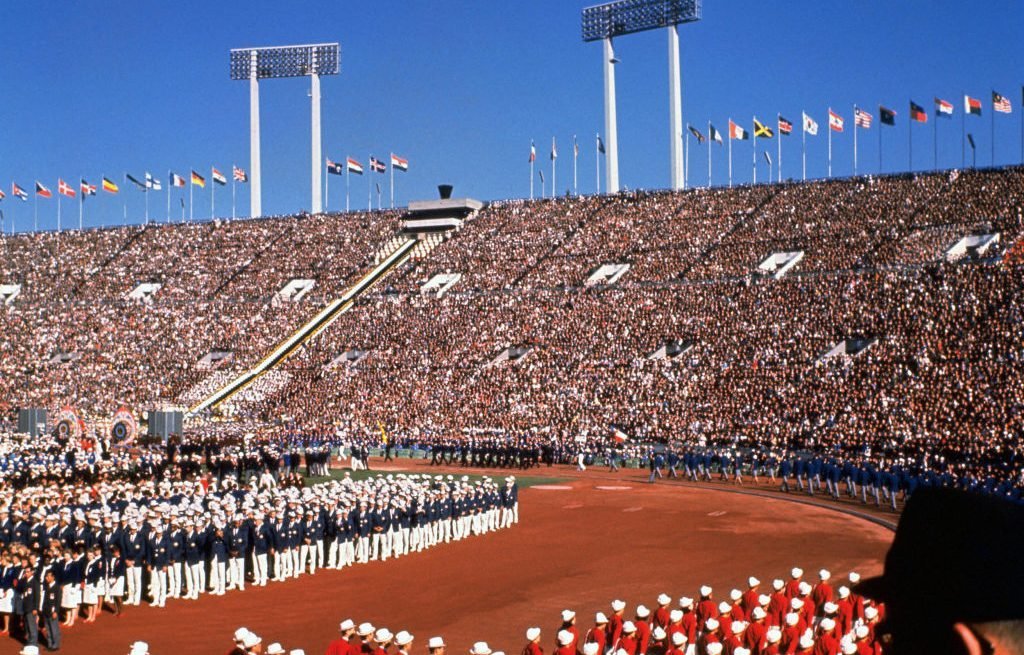 Opening of the 1964 Olympics: Japan’s post-war return had a much more festive audience and atmosphere than today (STR/AFP/Getty Images)

You Tokyo Olympic Games will officially open this Friday (22). Despite already starting marked by the postponement due to the coronavirus pandemic, the event also intends to be remembered as the “Recovery and Reconstruction Games” of Japan, a decade after the 2011 tsunami, with emphasis on the technological innovations and to the concern with sustainability.

Although major sporting events, such as the Games and the World Cup, always promise a legacy that does not materialize, the Japanese Olympic Committee hopes that, as happened in 1964, the 2020 Games will serve as a reference for the next Olympics – and , in this sense, the similarities with the first edition of the Games held in the country are not few.

Just like now, the first edition of the Olympics in Japan was also postponed, only for much longer. Originally, the country was chosen to host the Games in 1940, but the war against China in 1937 eventually moved the event to Helsinki, Finland. In 1939, World War II began, which forced the total cancellation of the 12th edition of the Games.

When the Olympics finally landed in Japan in 1964, World War II was over and the country wanted not only to make an appeal for world peace, but also to show the world its ability to rebuild – and invested billions of dollars in it.

Between sports facilities and major road infrastructure works, that year Japan also inaugurated its first bullet train, which connected Tokyo, Osaka and Nagoya at 200km/h, and its first monorail, connecting Haneda airport to the capital. Another technological milestone at that time was the live broadcast of the games to the entire planet, something that had never happened before.

Shinkansen, Japan’s first bullet train, opened on the eve of the 1964 Olympic Games

Already established as a technological powerhouse, Japan now uses the Games again as a showcase for its vision of the future: autonomous cars will transport the athletes through the facilities and all competitions will be broadcast on 8k resolution. To facilitate communication between the Japanese and the rest of the world, robots programmed with simultaneous translators were scattered throughout the city. Everything in perfect working order thanks to 5G technology, which is already a reality there.

Pictograms of the 1964 Olympic Games in Tokyo

Pictograms of the 1964 Olympic Games in Tokyo (Reproduction/Disclosure)

Facilitating communication, by the way, was already a concern in 1964. How, after all, to eliminate the communication barriers between Eastern and Western languages? It was thinking about this that the Japanese created the pictograms of Olympic sports, which guided the audience through universal symbols rather than written language. Since then, every edition of the Olympic Games has its own pictograms, which have become one more way of expressing local culture to the world.

Following the country’s vocation for innovation, in 2020 the Japanese once again went further and created the kinetic pictograms (or animated), which are better suited to digital media – since, without an audience, they have lost some of their function in the physical world. Inspired by the original 1964 design, the new pictograms gained a touch of modernity that will certainly become a standard for future editions of the Games.

In 1964, two very popular sports in Japan were introduced into the Olympic program: judo and volleyball. Both have remained in the event’s program until today, which in this 2020, also gained new competition modalities – although not definitively. Baseball and its indoor version, softball, karate, sport climbing, skateboarding, surfing, as well as 3×3 basketball and BMX Freestyle, will debut at the Tokyo Games.