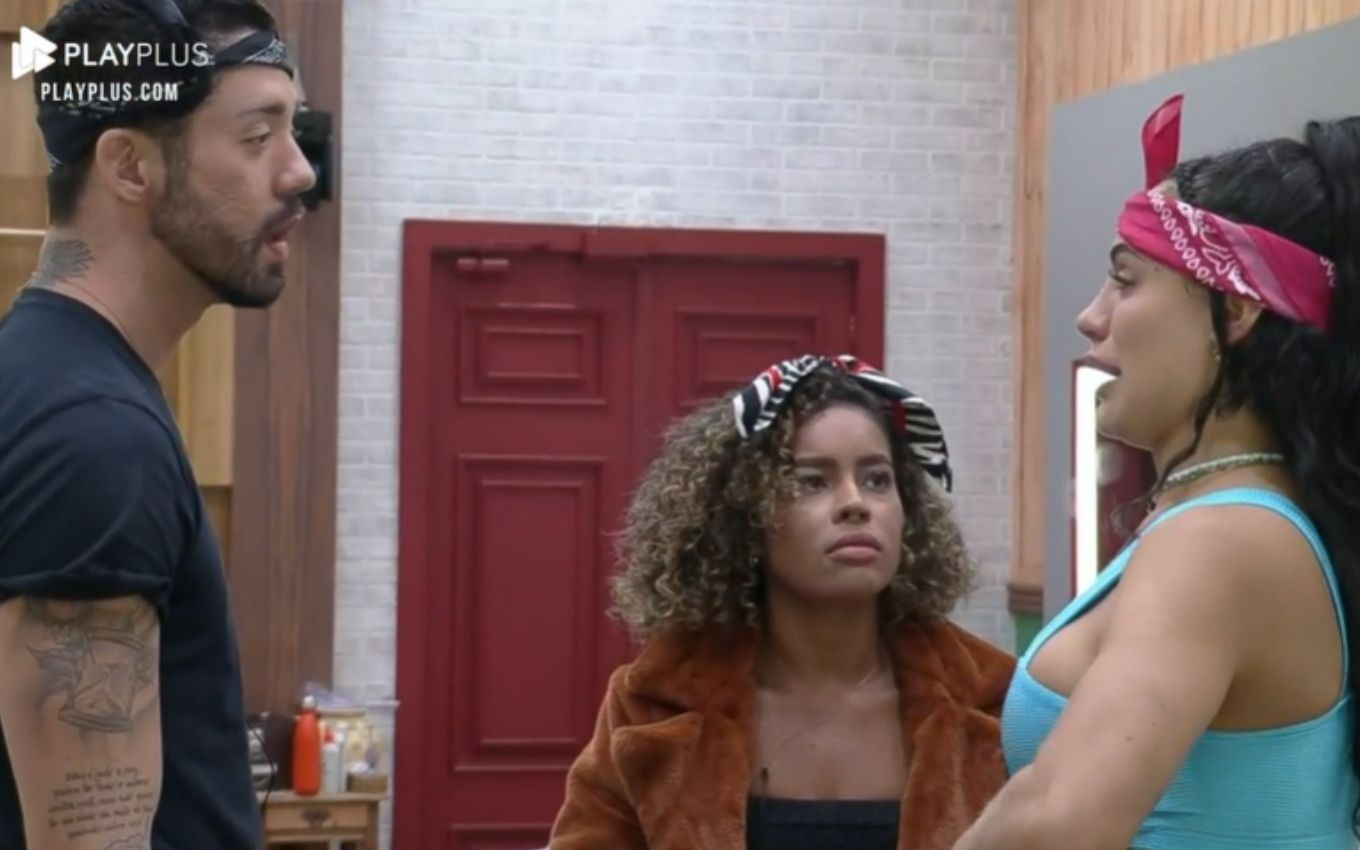 In A Fazenda 2021, Tati Quebra Barraco yelled at Aline Mineiro during a group activity. This Friday (24), the ex-panicat called the funkeira “dissatisfied”, which provoked revolt in the singer. After the screams, the influencer began to cry and was supported by Rico Melquiades and Sthefane Matos.

“I’m saying what I think, haven’t you already? So, it’s over! When you say Aline, you speak up, no one is speaking your name”, shouted Tati, and Aline tried to calm things down: “I just said what I think, I’ll give it my opinion”.

During the recording of the activity, which will be shown at Hora do Faro on Sunday (26), the funkeira raised her voice and countered: “You better stay cool, best thing you do. Did someone play your name here? So, stay the fuck in yours! Nobody’s fucking talking to you.” “Tati, I’m just giving my opinion,” replied Leo Lins’ girlfriend.

After the end of the dynamic, Aline tried to talk to Tati, but the funkeira didn’t want to talk. In tears, the model went to the bedroom, where she was supported by her colleagues in confinement.

“It’s my way of being, I can’t keep changing because of people’s opinions. She said I’m without personality, I gave my opinion. What do you want me to do? Hang me from the ceiling?”, asked Aline through tears.

Check out an excerpt of the confusion: