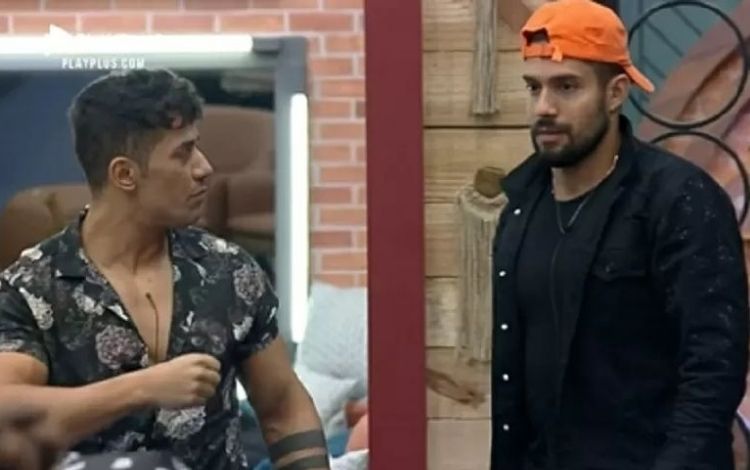 Cantor said that the model had to thank whoever did him wrong on ‘BBB’: ‘It’s what brought you here’

The model Bil Araújo already commented in “The Farm 13” about his quick participation in “BBB 21”. Without naming names, he spoke to singer Tiago about the people who did him harm during the Globo reality show, including Karol Conká, with whom he lived a controversial affair. “I do not wish them harm under any circumstances, nor for the other one there. What I desire is God in the heart and the life that follows. Ready”, commented the pawn who is participating in his third reality show this year. The countryman caught the attention of his colleague in confinement: “By God, I’m saying this from my heart. You have to thank these people because what they did, regardless of what happened, at that moment made you uncomfortable, but it’s what brought you here, it’s what made it all happen. That simple”.

“Tiago telling Bil to thank Mamacita, I’m feeling sick”, commented a follower. “Tiago is right, Bil has to thank Karol for being there, without her, he wouldn’t even be remembered”, posted another. “Tiago saying that Bil is only at the ‘Farm’ because of the mamacita”, wrote another one. Karol’s participation in the “BBB 21” was controversial and she ended up eliminated with the biggest rejection in the history of reality in the world. After getting involved with Bil, who didn’t want to form a couple in the game, the rapper spread the word in the house that Carla diaz was interested in the model and, when the actress went to confirm the story with other people in the house, Karol lost control and they ended up fighting. Bil did not interfere in the discussion and was seen as a “coward” by the other participants. After this episode, he was nominated for the wall and asked the public to eliminate him.

TIAGO SAYING THAT BIL IS ONLY ON THE FARM BECAUSE OF MAMACITA 🗣 pic.twitter.com/vUi5BiNL05

Tiago priquito is right, Bil has to thank Karol for being right there, without her, he wouldn’t even be remembered#afazenda13