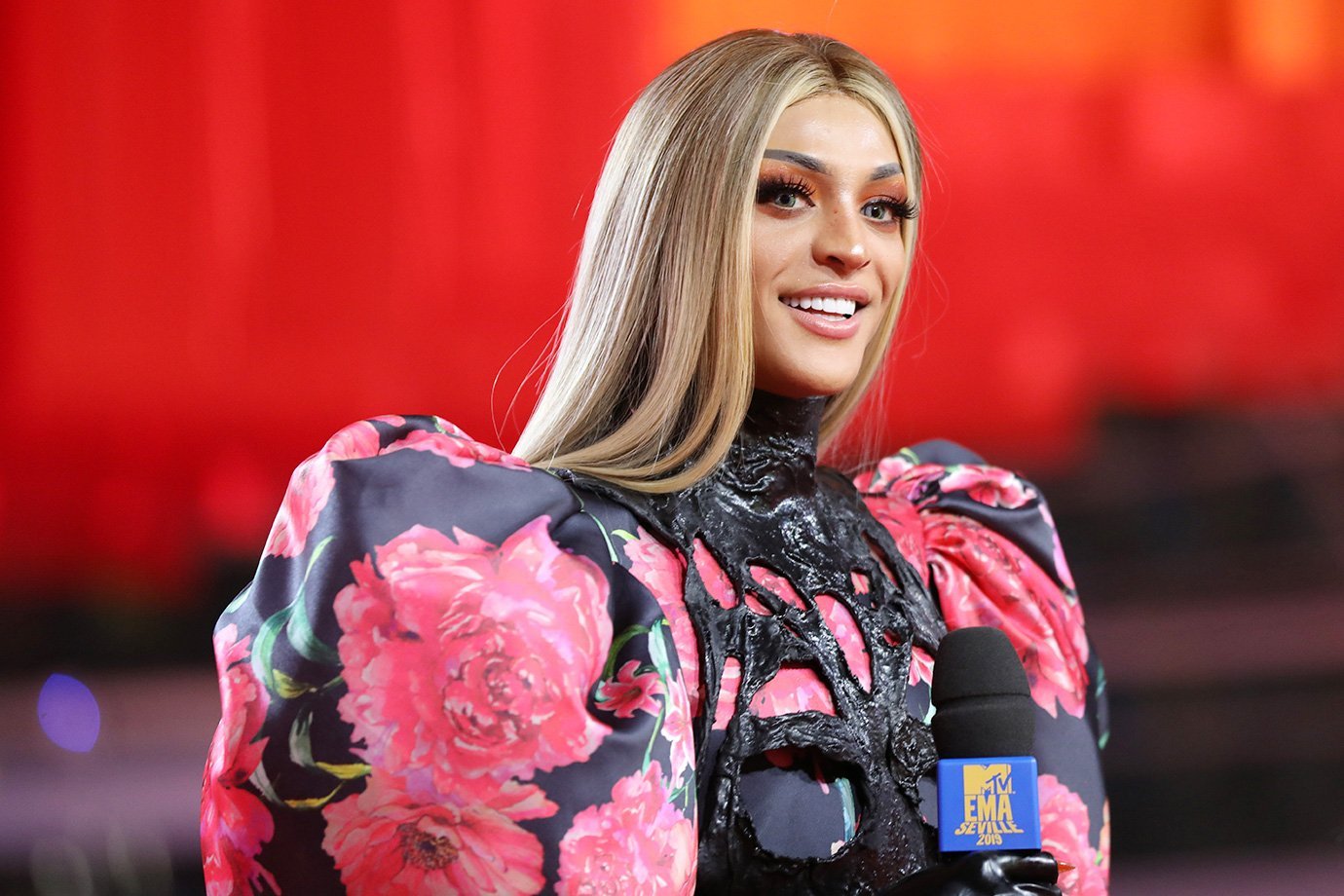 The singer Pabllo Vittar also announced on Monday, 29, through her Twitter, that she would start to explore the new market. (Tristan Fewings / MTV 2019 / Contributor / Getty Images)

There are three letters that, according to an increasingly strong current in the sector of artistic production aligned with technology, can open the doors of the new world. A transformation in the relationship between fans and artists, or consumers and art producers, which establishes a direct form of remuneration for those who sell and a new concept of property for those who buy. The acronym NFT stands for “non-fungible tokens”. Token is the name of the registration of an asset in digital format, an investment in the impalpable universe of the web. “Non-fungible” would be non-perishable, but, here it is also indisputable and original. A song, a t-shirt, a photo, a text – all can be sold as NFTs. But not only that, and so it takes on a cosmic dimension: the bass line of a song, a selfie, a pair of sneakers, the laces of this sneaker or a phrase written in a tweet. Anything can become valuable in the world of NFTs.

The deals, made without intermediaries between seller and buyer, show that there is demand willing to pay dearly for NFTs, even though this is a universe known for bubbles destined to evaporate. Canadian electronic music producer Jacques Greene, 31, based in Toronto, sold the rights to his single Promise with a bonus animation for $ 20,000. His fellow electronic producer, Justin David Blau, 3Lau, 30, a former finance student at Washington University in St. Louis, was more aggressive and offered 33 NFTs. Just for a remixed track, he earned the biblical figure of $ 3,666,666. That is, more than three and a half million dollars. And the Nashville rock band Kings of Leon made a good extra gravel by taking advantage of the release of the album When You See Yourself to place bonuses offered as NFTs. Twenty-five exclusive pieces, such as a single edition vinyl and the chance to win one of six live experiences for the next tour, no matter when it takes place. Good deals if no one knew that the artist Beeple sold an NFT art collection earlier this month for $ 69.3 million. Almost R $ 405 million.

Although some initiatives include physical products, the strong point of NFT logic is not palpable. And this is where, for its enthusiasts, the harbinger of the revolution is. Whoever bought the song Promise, by Greene, did not necessarily buy his copyright (which, in the simplest version of the NFT, remains the artist’s or a publisher’s) nor the phonogram (that is, the recording, which remains the artist’s or record label). Nor did he acquire exclusivity from the hearing. The song Promise is still available on Spotify, free to customers of the platform and paying their meager percentages to the authors. So, whoever buys an NFT buys exactly what?

The answer is not unique because everything is open and there are several possible agreements for those who place their products on the sales platforms, the marketplaces. A song, for the sake of music, can be purchased without guaranteeing the customer any share in future profits. Here, the buyer’s behavior can be defined, albeit superficially, as pure and simple ostentation. This is because the names of the owners and their respective acquisitions are listed on the blockchain, a kind of digital record book of an inviolable nature. For some, and now try not to think with your own head if you were born before 2000, appearing as the owner of a DJ Greene production means being on top of the world. “It is the same thought that was once collected by collectors. What these people buy is a feeling of scarcity. In a world where everything is reproduced infinitely, the scarce and the original have gained value again,” says Arthur Deucher Figueiredo, a lawyer based in Los Angeles, Master in Law and Politics for Media, Entertainment and Technology at the University of California.

But ostentation is only on the surface. Below are digital investors, professionals or more attentive fans who buy something seemingly prosaic so that time will make it a relic. He would thus resell his NFT, a spin that will only be tested when there is enough historical time for that. Another type of contract that is more improved, and of a higher value, can guarantee those who purchase participation in the receipt of royalties (royalties) for execution on streaming platforms. Thus, the value of a Roberto Carlos NFT, if the business is ever going to be secure enough to attract the profile of conservative artists, can break the stratosphere the day after a historic event, an ephemeris or, as in old heartless capitalism, to his death.

André Abujamra is the first name of music in Brazil to study and apply the concepts of the NFT system in his production. “I’m going to open a record label for NFT releases.” His definition of the business: “It is like starting a new life on a planet never visited. It will change the plummet of the universe”.

Abujamra made its first sales allied to the artist Uno de Oliveira. One of his works, the animated illustration Coélhek that shows the dramatic image of a young man from a Rio community with a beating heart, was bought by a Canadian collector for something like US $ 3,200 in the middle currency of the NFTs, the ethereum cryptocurrency. “We have already sold five crypts.” He says that he had the idea, the night before the interview with Estadão, to create a 5-minute song to sell as NFT, but that he will do it in parts. “I plan on selling it separately, every 3 seconds, at a price equivalent to R $ 5 each particle.” Then he heard from the reporter that he could let the buyer use the particles so that he could give the compositional paths himself, and he took it seriously: “Dude, it’s beautiful. Do you see how it works?”.

The first Brazilian artists in the pop world to test the NFTs will be the singer Urias, who also announced an artistic collaboration with Uno, already candidate to be the first cryptopopstar in the country, on Tuesday afternoon, 30. There will be three works with limited editions and one unique edition with the image and music of Urias and the art of Uno. The singer Pabllo Vittar also announced on Monday, 29, through her Twitter, that she would start to explore the new market.

Things don’t look so promising for Maurício Bussab, executive at Tratore, considered the largest independent digital music distributor in the country. “I don’t believe that it is such a good model to replace streaming. After all, what does someone buy who is buying a song over there? At the time of purchase, nothing. You only earn the right to count an advantage. ” His interests in the digital horizon are more focused not on the NFTs, but on the logic of the blockchains, the custodians of the owners’ records and the original works. “This brings back the concept of originality and provides something that can be used by the music market: the remuneration of artists without intermediaries and in a safe and inviolable way, sending payments immediately, at the time of sales.” The hot topic will be dealt with in a live featuring Bussab and Abujamra with their private visions, on April 8, at 3:30 pm, on Facebook at Tratore.

As for the legal environment related to copyright, it remains to wait for the size that in fact can become the wave of NFTs while the first questions of a legal order start to bother. “There is still no clear legal consensus regarding NFTs. Legal authorizations will depend on the forms it takes. An audiovisual, for example, requires a synchronized license between lyrics (publisher), music (label) and image”, says specialist Deucher Figueiredo, from Los Angeles. For now, he warns the artists: “They will need to fight to maintain their copyright controls. The record companies will certainly want to include clauses in the contract to win slices of the NFT deals. There needs to be understanding between the parties.”

To the most daring, the logic of NFTs, even though it is not yet clear what a fan is really looking for when he decides to buy a good, shows signs of not being willing to forgive possible random adventures. One of the phrases said among buyers has been: “There is no second chance”. In other words: a first sales failure has caused all of an artist’s subsequent attempts to be devalued. There is never clarity in the transitional ages.

NFT: It is the acronym in English for ‘non-fungible tolkien’, the object of the purchase which can be a song, a clothes and, in short, anything

Blockchain: It is the virtual and inviolable ‘record book’, in which the works and their owners are registered

Cryptocurrencies: They are the currencies in virtual businesses. One of the most used in the sale of NFTs is not the most common, bitcoins, but ethereums

Marketplaces: These are sites where you can buy NFTs artwork. One of the biggest is OpenSea

Cryptoartist: The record sale is by the crypto artist Beeple, who won US $ 69.3 million in the auction of a digital art, on March 10