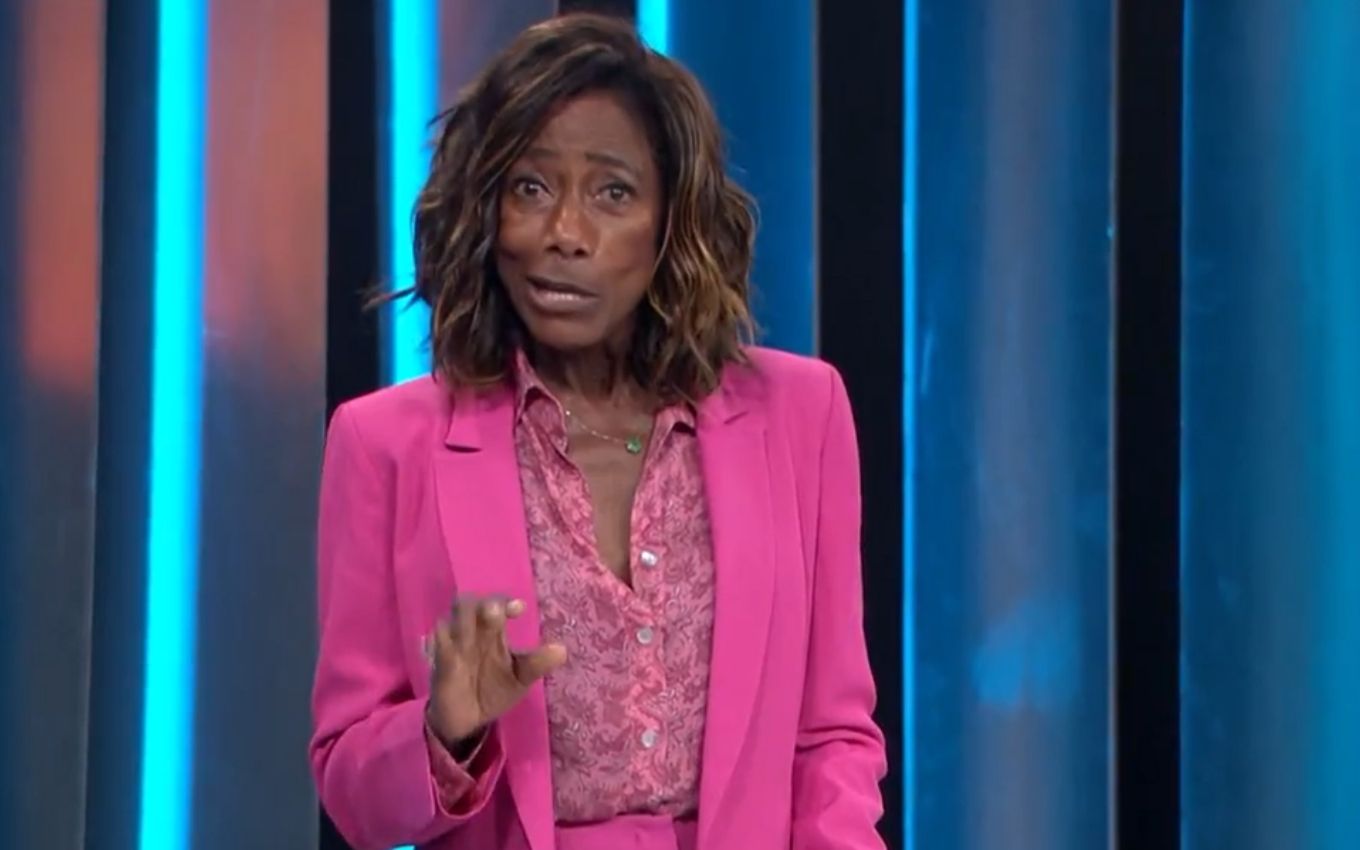 Gloria Maria surprised her followers on Tuesday (7). The Globo Repórter presenter had a modeling day and appeared rejuvenated on social media. “After all this time, it was hard to believe I would still do things like that,” admitted she, who is now cured of a brain tumor. Netizens approved the redesign of the journalist, who never reveals her age. “30 years younger,” they commented.

The veteran, who last July revealed that she was undergoing immunotherapy sessions to preserve her health, spent the Sept. 7 holiday working. According to her, the entire production served for a proposal by makeup artist Fernando Torquatto.

“Participating in a beautiful art project of my dear friend. An afternoon in his studio. After so long, it was hard to believe I would still do things like that. When everything is ready, I’ll show you. Loved it, Fernando! Thank you for taking care and for the affection,” she said.

Gloria Maria made up by professional Fernando Torquatto. (Photo: Reproduction/Instagram)

He, in turn, thanked the journalist for participating. “Today the day started glorious with the incredible Gloria Maria. Everything was so beautiful and affectionate. Thank you for the kindness in accepting my invitation. Normally, on a holiday, people like and want to rest for nothing. I don’t. I like to work. Especially , if I have an opportunity like this,” said Torquatto via the Stories tool.

Afterwards, the presenter admitted that she did not imagine herself as the protagonist of a photo shoot and said that she agreed to wear a cleavage even with a catheter in her chest. “I also love working. Can you imagine? In the middle of September 7th I could have a day like this, as a model. I’m loving it. Mainly, because this was something that wasn’t in my closest dreams. After everything I’ve been through,” he recalled.

“You’re welcome? [Estou] Using neckline and all produced. I still have my catheter here waiting to take my immunoassay. But already powerful. Look, what a beauty. Thanks [Torquatto] for believing, trusting and wanting us to be together. I am very happy. Did you like the outfit?”, he finished. 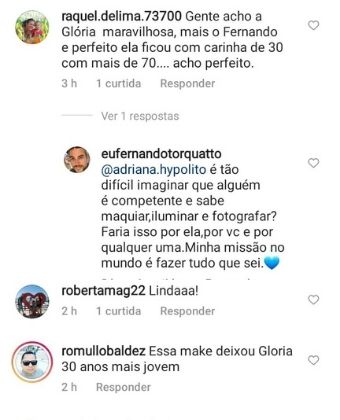 For appearing rejuvenated on Instagram, Gloria received a flood of praise on her page on the platform. “I didn’t even recognize it,” wrote Paula Borrete. “He got a 30-year-old face [anos], but over 70”, commented Raquel de Lima. “This makeup made Gloria 30 years younger”, praised Rômullo Baldez. “This woman has the secret of youth”, said Nathalia Sodre.

However, there were those who also criticized the production. “I didn’t need to mess with the photo so much,” said Adriana Hypolito, who got a response from Torquatto. “Is it so difficult to imagine that someone is competent and knows how to make up, light and photograph? Credit my talent, not post-production. I do everything with love and dedication,” he countered in defense of his friend.

Cured of a brain tumor

In November 2019, the professional underwent brain cancer surgery. After recovering from the tumor removal, she returned to work in December. During the pandemic, Gloria led Globo Repórter. She recorded in the garden of her house, outdoors. However, in March, it was removed from the attraction.

The direction of the station decided to take it off the air to further increase the care with its health security. The communicator returned to the studios in May, after receiving the two doses of vaccine against Covid-19.

In July, Gloria revealed that she was still undergoing immunotherapy treatment and that it will be so until the end of the year. The procedure in question prepares the patient’s immune system to defend itself.