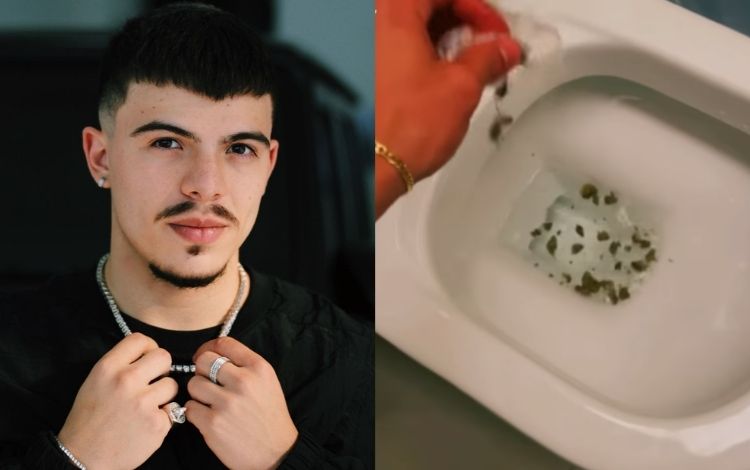 Larissa Manoela’s ex-boyfriend also showed that he preached on a plane; watch

Reproduction/Instagram/thocostaficial/09.09.2021Thomaz Costa posted a video playing marijuana in the toilet

The actor Thomas Costa has shown on social media that he is adopting new habits after converting to Christianity. The participant of the reality show “The island” became known by joining the cast of the soap opera “Carousel” and for engaging in a controversial relationship with the actress Larissa Manoela, but, it seems, what he wants most now is to stay out of trouble. Last Wednesday, the 8th, the artist posted an old photo in which he appears smoking and also a current video in which he is playing marijuana in the toilet. In the caption, he wrote that he is now a free man and quoted a Bible verse: “As for the old way of living, you were taught to put off the old man, who is corrupted by deceitful desires, to be renewed in the way of thinking and to put on the new man, created to be like God in righteousness and in holiness out of the truth”.

After that, Thomaz also shared a video showing that he preached on a flight. “I was about to get on the plane and the Holy Spirit ministered in my heart for me to evangelize on that plane…and I thought…how am I going to do this? What am I going to do with my shyness? Then Jesus said to me: ‘Remember IGTV [que postou] talking about traumas and that shyness came from there? So you are free, go do it for me.’ And so it was done! For Him and for Him! The flame will not go out”, he wrote in the caption of the publication. In the comments, many followers are praising the actor’s new stance. “What a beautiful video! Glory to God for your life in this generation! God called you to great things”, commented one person. “Congratulations on your courage, determination and willpower to change,” added another.