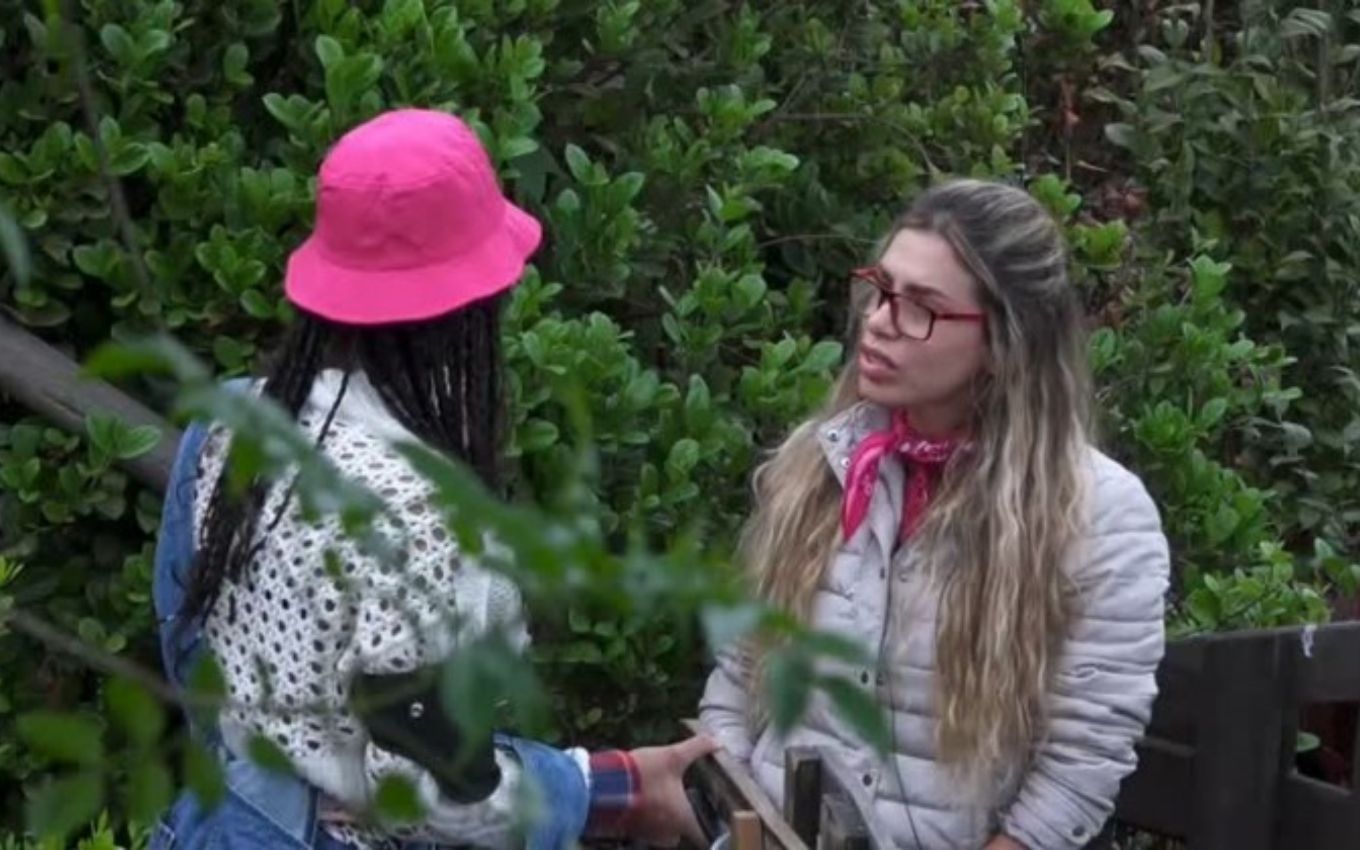 Aline Mineiro and Erika Schneider had a falling out in A Fazenda 13. The people were arguing about helping the other participants in working with animals, and the ex-panicat got angry, because she wanted the dancer to help with everything. The two began to fight in front of everyone, and Gui Araujo celebrated. “It was taking a while for this to happen,” he said.

For being in the stall, Aline offered help to all the pedestrians and demanded that Erika do the same. The dancer said that she would guide Erasmo Viana, as she was in the role that is now his. But, as she was ignored by Gabriela Pugliese’s ex-husband, she called the brunette to talk to him.

Aline got angry, charged her friend in front of whoever was nearby and began to cry. Guilherme and Erasmo liked the disagreement. Erika left the environment upset with her friend and vented about the discussion with Rico Melquiades.

“She started arguing in front of Erasmus, that’s what he wanted to make me wrong. I’m very disappointed in Aline,” said the blonde. Dayane Mello also heard the outburst, said she understood both sides, but it wasn’t good for the ex-panicat to do this well on the day when the dancer is in the fields and can be eliminated.

“If you leave, she’ll regret it. It’s not worth Aline getting mad at you today,” said the former Big Brother Italia participant. Later, the ex-panicat went to talk to her friend, and the two made up. “Just don’t fight me in front of everyone anymore,” Erika asked.