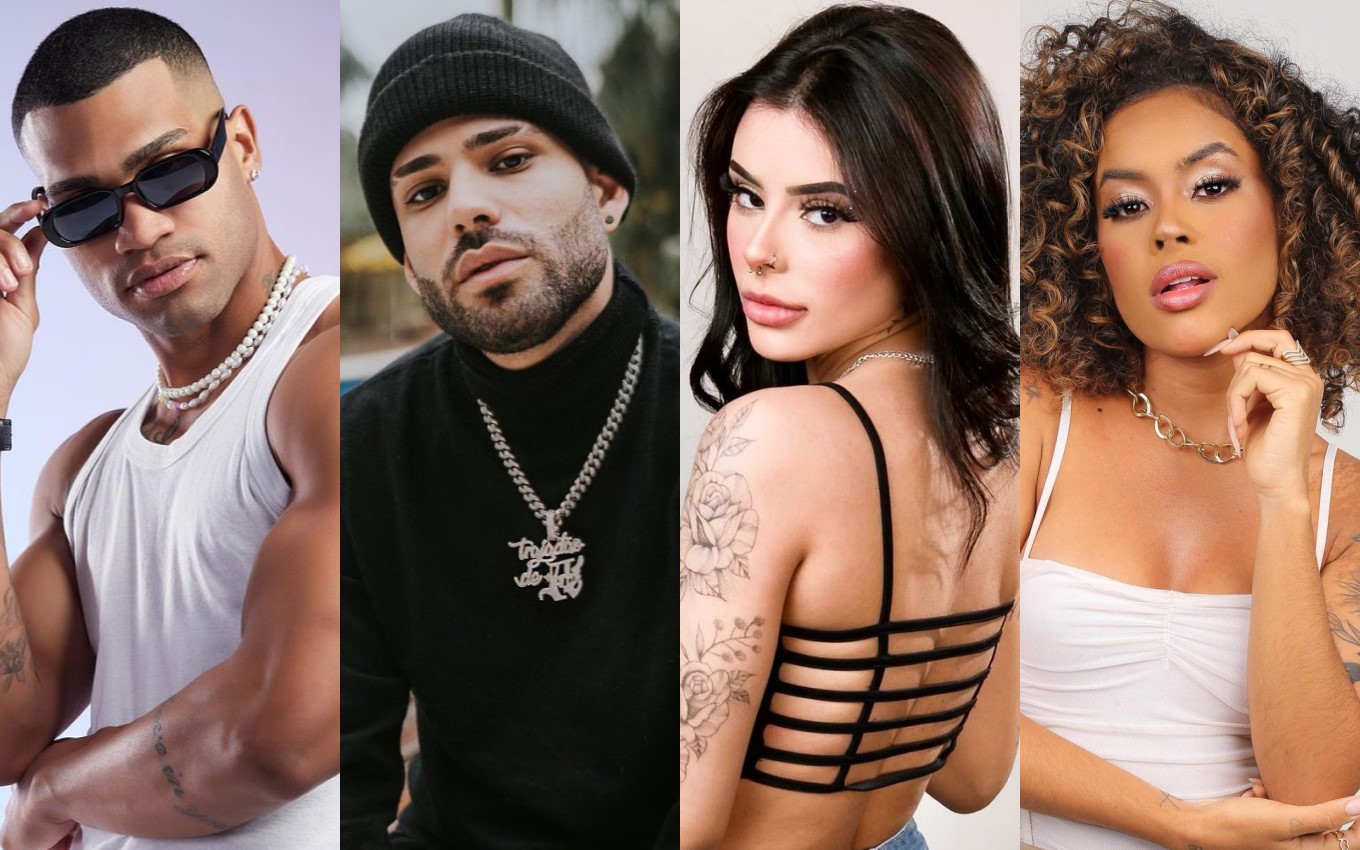 Alisson Jordan, Krawk, Mah Tavares and Sthefane Matos are confined to A Fazenda 13 and are fighting for a spot to join the starting lineup of the reality show on Record and in the dispute for the R$1.5 million prize. Who do you want to enter the confinement? Vote in the poll at the end of the text.

The four digital influencers were chosen by an unprecedented action promoted by TikTok, which chose high profile profiles on the platform with their videos of dances and voiceovers. Of the group, Krawk is the least popular on the social network, with less than 30,000 followers.

They entered the parallel confinement on Monday night (13), and were interviewed live by Rodrigo Faro, who led the presentation alongside journalists and ex-participants of A Fazenda.

Alisson Jordan is a dancer and choreographer, and has worked with Anitta and the group Now United. Krawk is a rapper and was among those listed for A Fazenda 12, but ended up being fired. Mah Tavares is a TikTok phenomenon with its dub videos of movies and animations. And Sthefane Matos is a digital influencer, who gained national prominence by exposing a betrayal of her ex-boyfriend.

The reality show A Fazenda 13 premieres this Tuesday (14), under the command of Adriane Galisteu.