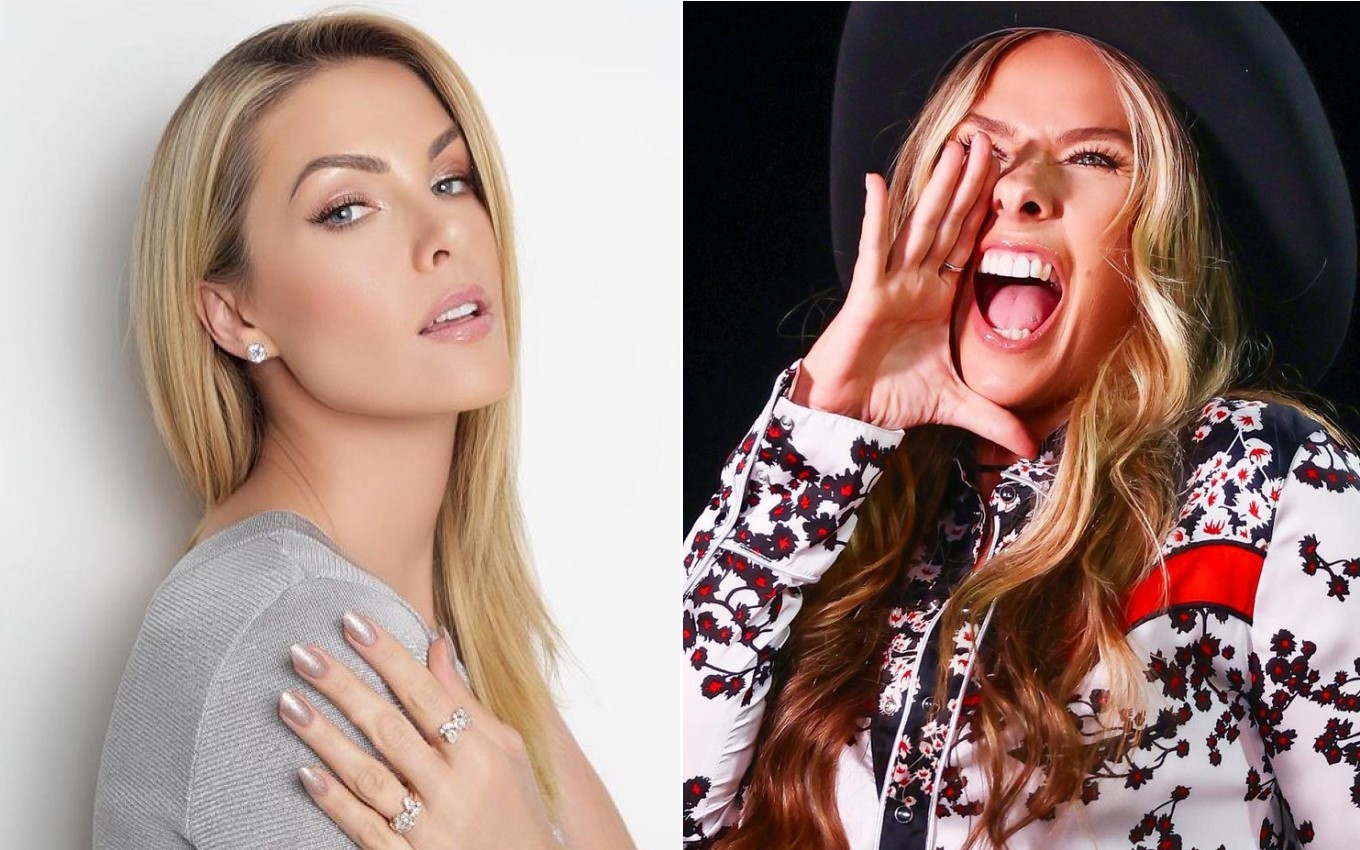 Ana Hickmann asked Record not to present Hoje em Dia this Thursday (9), the day the network will reveal in advance half of the cast of A Fazenda 13. The reason for her absence has a name and surname: Adriane Galisteu, from who keeps a hurt for almost ten years.

The new host of A Fazenda will be live alongside Cesar Filho and Ticiane Pinheiro conducting the press conference with a select group of journalists –o TV news will be present. But Ana stayed out, to avoid meeting her old foe.

The network confirmed the absence of Ana Hickmann, but claimed that it is a rotation of presenters that has been practiced since the beginning of the pandemic to avoid crowding in the studio. Interestingly, the holder’s day off fell exactly on the day her enemy will be on the program.

Ana’s goal is to get away from meeting Adriane as much as possible. Since 2012 she has avoided being in the same environment as her new co-worker. It remains to be seen whether in the traditional Family Record, a special at the end of the year in which the network brings together its main talents, it will achieve the same opening.

What was the crap?

Adriane Galisteu was the presenter of a gossip program, Much More, on Band, which had a very short life due to the low ratings and the numerous headaches generated for the presenter and the entire team.

In April 2012, she said live that Ana would become a much better person if she were a mother. The phrase reached the ears of the presenter of Hoje em Dia with a critical tone, and her husband, businessman Alexandre Correa, made public statements far above the tone, in which he questioned Galisteu’s sexuality and criticized his physical appearance.

The following month, the presenter gave an interview to Veja magazine and fueled this feud a little more by revealing that she was afraid of Correa’s aggression: “I’m starting to get scared of him. The way he screams, he’s capable of hitting me.” In addition, she provoked Ana, saying that the nail polish line she had launched was selling more than the rival’s.

Alexandre didn’t like what he read and went upstairs. “Before she spoke of my bad education, that she was woman enough and assumed her true sexual options (sic). And that she understood that she only has some place in the sun because a national idol died and she was lucky to be the bride of this fantastic and unique national idol,” he said, citing pilot Ayrton Senna (1960-1994).

“She needed to stop touching my name and Ana Hickmann’s and stop making that rehearsed, fake smile of hers, because she’s horrible at photographing. She shoots very badly,” continued Correa.

In 2013, when Roberto Justus had a talk show on Record, he tried to promote the reconciliation of the two presenters, but Ana rejected the proposal. “This has already been enough. The story is already old. This is over. People have to touch their lives. There is something new to be told”, lost the presenter of Hoje em Dia.

Galisteus, on the other hand, chose to adopt a moderate tone. In 2019, she was asked again about the bullshit and claimed to have made peace with Ana and Alexandre. “We went overboard, exaggerated. I already had to apologize, I know how it is. Somehow, the couple has already transformed, they are better. I think I was misinterpreted,” she said in an interview with R7.

The fact is that until today the two never crossed paths. And Ana avoids Adriane as much as possible. Now, as network mates, hide-and-seek will become more difficult to maintain.