Two-time champion of the Brasileirão, Flamengo surpasses Palmeiras and is the leader of the ranking of clubs of CBF – Prime Time Zone

Opponent of Palmeiras in the Cup of Brazil, Grêmio was in 3rd, followed by the international rival, who was...
Read more

Bolsonaro's decision to zero the diesel tax for two months will represent a revenue waiver of R $ 3...
Read more

Dayane gained support from the Brazilian public after suffering xenophobic, misogynistic attacks and being questioned about her sexuality Playback /...
Read more

Ana Maria Braga paid tribute to Tom Veiga (1973-2020), interpreter of Louro José, at the premiere of the new scenario of Mais Você, in São Paulo, this Monday morning (22). The presenter cried when showing a video with her best moments with the parrot and made an emotional narration. “I decided to record, because here I thought I would not be able to speak,” he explained.

After only a few words of utterance, the veteran did not contain her tears and, with a choked voice, continued the speech dedicated to the actor, who died on November 1, 2020.

“My dear parrot, from the beginning you closed with me and we took the first steps towards a successful 22-year trajectory. We have conquered a huge audience. The affection that we received and receive until today is a job that I am very proud to have performed at your side “, started.

Tribute outside the studio

“I miss you immensely, Louro José. There were more than five thousand programs at your side. And you are always faithful, attentive, loving, cheering up Globo’s mornings with a lot of humor, intelligence. The parrot never hid the person and the wonderful partner he lived with backstage. The two were one. How much I miss you, my friend Tom. Going back to São Paulo studios without your company gives you a squeeze in. This is a new beginning, a new challenge that I dedicate to you. , which was, is and will always be so important to me “, he declared. 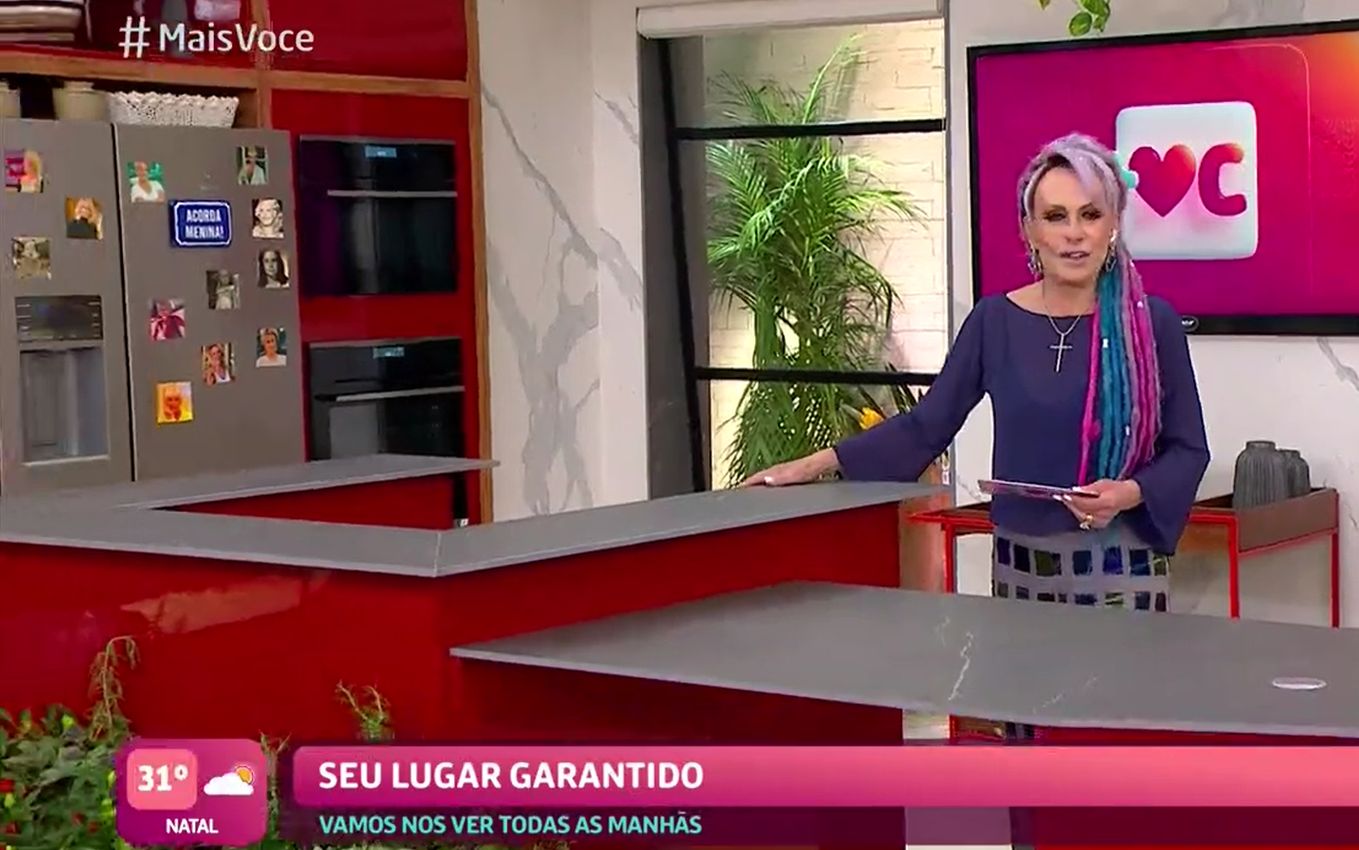 During a walk through the new space, Ana Maria showed that she asked the team to include in the kitchen a countertop similar to the one she had for Louro José in previous studios. According to her, the puppet has to be part of the program forever.

“I booked our piece of Louro José, because I couldn’t see this scenario without having a little piece of it. It will always be in our life. will never leave our life “, he explained.

Before entering the studio, Ana started the attraction in the station’s garden, where there was a giant-sized morning logo, assembled with colorful flowers. She also revealed that she chose the same outfit for the attraction that she wore on her debut at Globo in 1999. 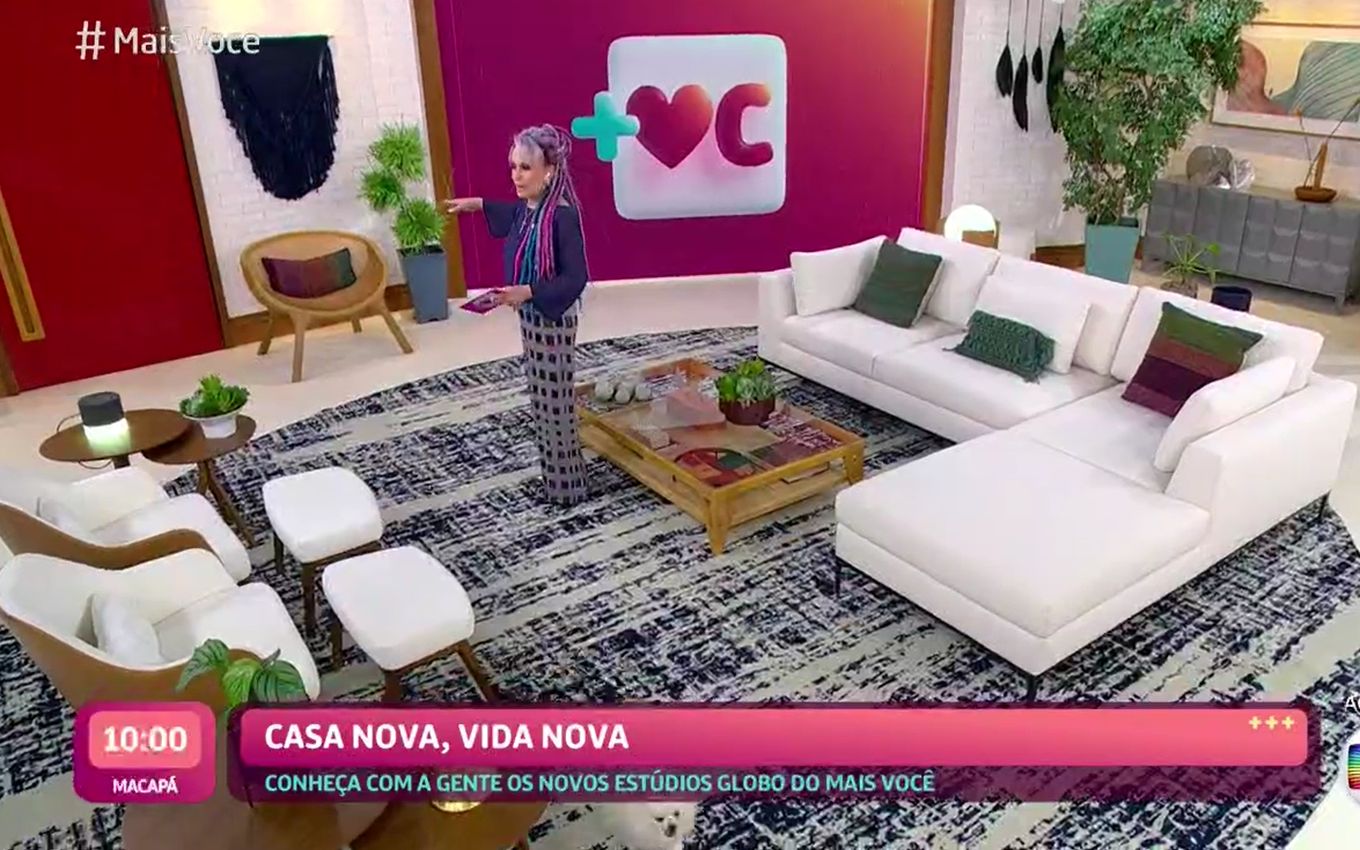 The new scenario of Mais Você

“I am wearing the same clothes that I debuted at Globo. After 22 years, I had to tighten, not stretch. It is not for everyone”, amused the veteran, who bet on pink and purple dreads for compose the hairstyle.

Internet users spoke about Ana Maria’s new scenario. Check out some reactions below:

I respect Ana Maria Braga’s trajectory a lot. What a woman, what a communicator. It deserves all the success! #More you

and there I go cry again. this definitive beginning of the #more you without Louro José it shows the emptiness, the lack that Tom Veiga makes after all these decades with Ana Maria and with us

Guy too tearful with Ana Maria’s homage to Louro José

Ana Maria is so fresh and pleasant to watch. I love the way she reinvents herself and stays current in visuals and speeches 💓 #More you

It is sad to think that Ana Maria went to RJ with Louro José and returned without him 🙁#More youpic.twitter.com/C4sk5JXHSI

As I wanted to give you a hug Ana Maria, and say strength in your new blond home will always be #More youpic.twitter.com/AlDvdPvQWw

Poor Ana Maria, I can see it’s been a struggle to live without the blonde

I got emotional😢
I’m sure the sky is happy to have you, blonde José. But here we miss you. The + ❤VC without you will never be the same. But good luck Ana Maria, shine a lot this program cannot end, may God cover you with health and peace. Strength Ana❤ #More youpic.twitter.com/ECxWunr7gw

Two-time champion of the Brasileirão, Flamengo surpasses Palmeiras and is the leader of the ranking of clubs of CBF – Prime Time Zone

Opponent of Palmeiras in the Cup of Brazil, Grêmio was in 3rd, followed by the international rival, who was...
Read more
Business

The comedian Carlos Alberto de Nóbrega is cured of Covid-19 and should be discharged and leave the hospital later this week. The information...
Read more

Maria Angela de Jesus, Netflix's director of original productions in the Brazilian market, has stepped down and is no longer part of the streaming...
Read more