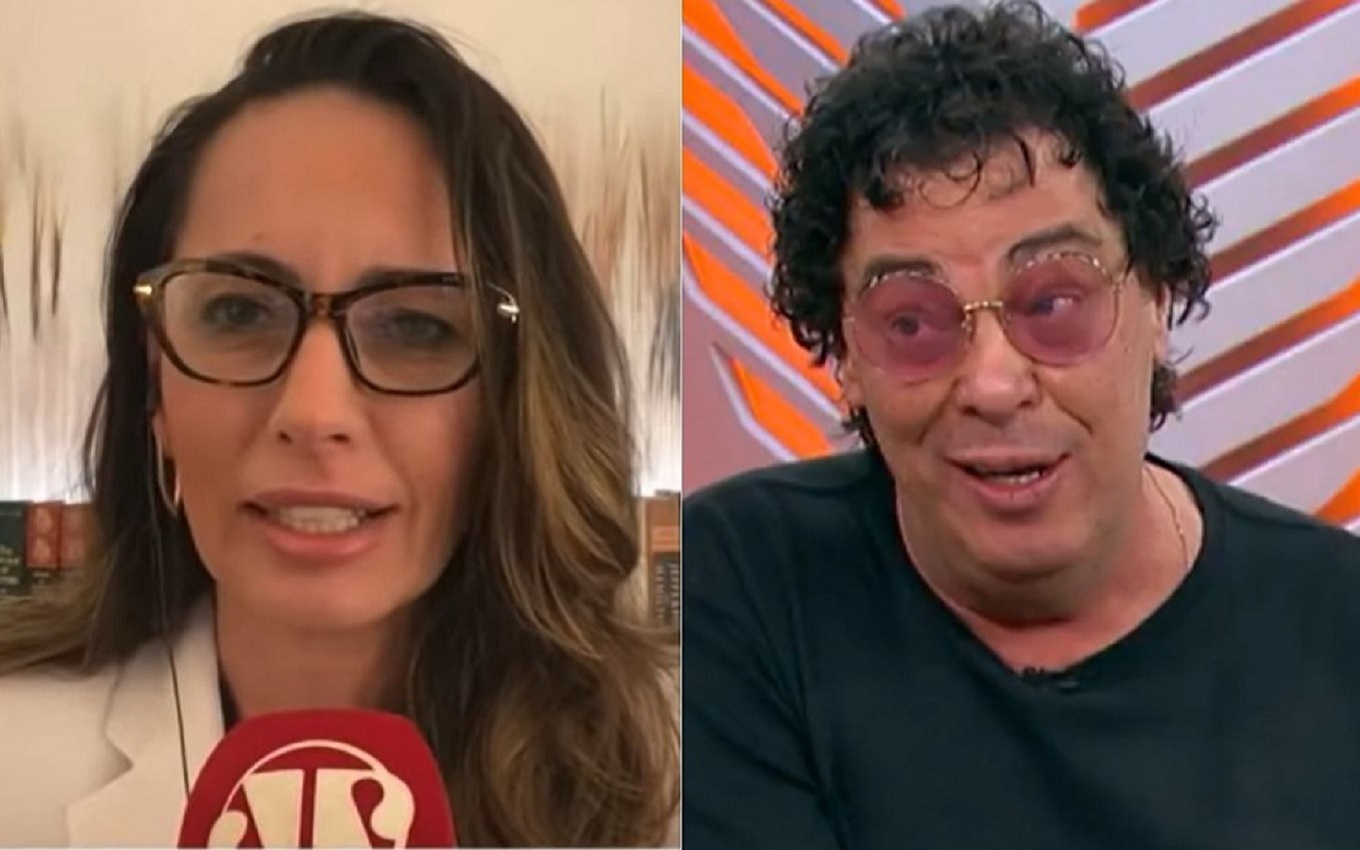 Ana Paula Henkel won a court battle and got the right of reply on Globo’s platforms. Judge Christopher Alexander Roisin, from the 14th Civil Court of the São Paulo Court of Justice, judged that the former volleyball player had her honor wounded by a text published by Walter Casagrande in February. The commentator said that the Prime Time Zone employee was “an advocate of everything that is bad in the country”.

This is the first victory she has had in the lawsuits against Globo and Band because of the uproar she got into with former players Casagrande and José Ferreira Neto. Last week, the Court denied the request for a response requested by Ana Paula against Neto and Band. Although the cases are similar, the magistrates who judged the actions had different interpretations.

O TV news had first-hand access to the conviction. Judge Roisin did not accept Globo’s argument, which claimed to have already published in its entirety a request for an answer from Ana Paula Henkel in March of this year, almost a month after the text written by Casagrande went viral.

The decision also points out that the response published on Globo’s sports website did not have the same publicity and space as Casagrande’s opinion. Even registered on ge.globo, Ana Paula’s text was not disclosed on the social networks of the network’s website, unlike what occurred previously with the company’s commentator.

“The place of publication of the response is not the same, it was not given the same prominence, publicity and dimension, and it was not broadcast in the same space reserved for the offending article, nor on the same day of disclosure, which means that it did not exist answer, under the terms of article 4, §3 of the Law in reference”, stated Rosin.

The magistrate also pointed out that Casagrande’s text exceeded the limit of criticism and was offensive to Ana Paula Henkel’s image: “To say that a text is critical and, therefore, not offensive is true non sequitur (lack of logical confusion). A text can be critical without being offensive, as well as being critical and offensive, and offenses here are a procedurally uncontroversial fact as stated.”

Globo was ordered to give the right of reply in the same spaces, day of the week and time in which Casagrande’s opinion was published. The court also defined a period of 30 days for any of the parties to ask something about the conviction. If you do not appeal, Globo will comply with the decision as soon as it is notified.

Consulted by the column, lawyers Lucio Hoffmann, Júlio César Moraes dos Santos and Frederico Junkert, from Hoffmann e Moraes Advogados, responsible for the defense of Ana Paula Henkel, celebrated the victory. “We believe in freedom of expression, in the right of people to seek the preservation of their honor and in Brazilian justice,” they said in a statement. Globo was contacted, but has not yet responded to the contact. If you do, this text will be updated.

The fight began on February 21 of this year, when Casagrande published a text in his blog on Grupo Globo’s GE portal, in which he qualified Ana Paula, supporter of President Jair Bolsonaro (no party), “defender of the violent, of the undemocratic, of guns and everything that is bad in our society”.

Hours later, Ana Paula used Twitter to reply to the comment of the former Corinthians striker. “Dear Casagrande, look at your life and look into a mirror. I’m the least of your problems, believe me. Try to forget about me,” replied the former player on her social network. “Fix your room first, which has been a mess for many years, before you want to ‘fix’ the world,” he concluded.

The next day, February 22, Neto entered history. In the program Os Donos da Bola, by Band, the presenter defended Casagrande and criticized the former volleyball player. “What did you do for volleyball? Nothing! My support for Casagrande,” said the presenter.

The lawsuit against Casagrande, Neto, Band and Globo was filed in April by Ana Paula, two months after the criticism.