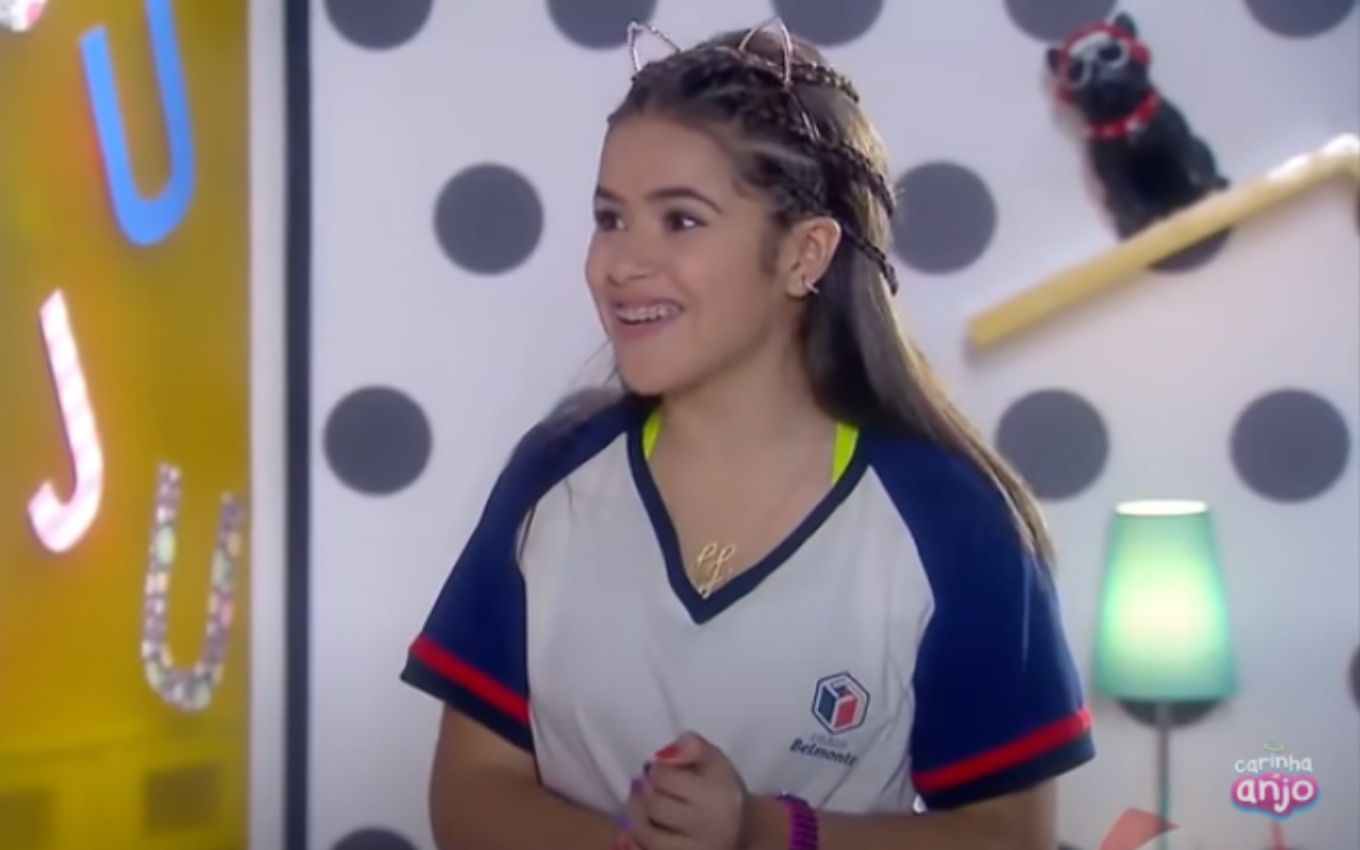 Check out the summary of the next chapter of Carinha’s rerun of Anjo, who goes to on Friday (15), on SBT:

Juju tells Zeca that he was a bit stuck at the beginning of the video, but that over time it gets better. Zeca hands Juju a flower and says it is unforgettable. Juju thanks the gift. Dulce Maria tells Fabiana that she wants to start karate training soon.

Emílio and Zé Felipe enter the school’s music room and listen to Frida and Barbara planning to make Dulce Maria fall into the mud to look like a pig. Gustavo takes Nicole to the cinema. The boys decide they will do something to protect Dulce. Flávio tells Haydee that they are in total misery.

Zé Felipe stretches a rope with Emílio’s help so that Frida and Barbara fall when they get ready with Dulce Maria. The plan doesn’t work out and the one who stumbles is Mother Superior. Frida tells Barbara that they must deliver the two boys, who have fled. Juju presents Zeca with a bracelet and says that when he’s famous he shouldn’t abandon her.

Frida and Bárbara accuse Emílio and Zé Felipe of having brought her down on purpose. The two also say that Dulce Maria had the idea and set it up with the boys. Mother Superior tells Rosana, Inacio and Diana about having tried to overthrow her.

Sister Cecília discovers that Sister Fabiana is teaching Karate to Dulce Maria. Emílio and Zé Felipe tell their parents that they found out that Frida and Barbara were going to mess with Dulce Maria. Sister Cecilia is called by Mother Superior to find out if the angel’s face was involved with the rope. Dulce is irritated to learn of the girls’ lie.

Flávio steals the colora from his sister, Nicole, to sell. The jewel was a gift from Gustavo. Nicole notices her necklace is missing and Haydee advises her daughter to sleep and look for it the next day. Dulce Maria meets Tereza in her dreams. Zeca sees his edited video of Juju and celebrates.