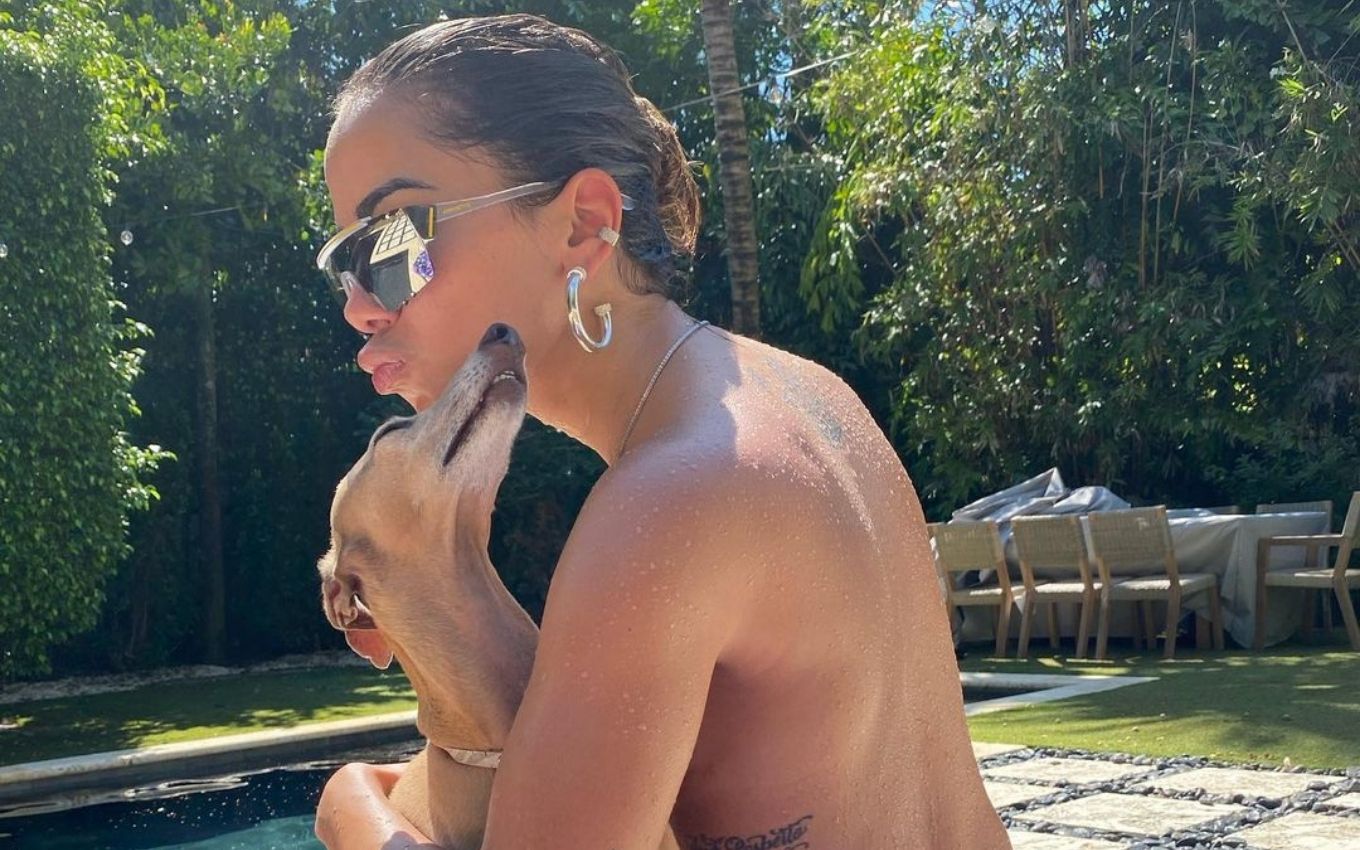 Anitta raised the temperature of the web this Tuesday (5) by posting photos of thong and topless. The boldness, however, was accompanied by judgmental looks from Pliny, his pet dog. In one of the three bold clicks, the funkeira adjusts her bikini panties and leaves the bathing suit all tucked.

The photo of the hang glider being pulled up with the dog’s crooked look suggests that there is a judgment from Plínio for his tutor.

In addition to being a fatal observer, the mascot acted as a kind of smack in the click. It is millimetrically positioned at the angle of her breasts, preventing the singer’s nipples from being revealed by the photo taken by the pool.

In the carousel of images, Anitta managed to gather praise from famous people such as Juliette, Lexa and Pabllo Vittar.

Anitta is spending some time abroad and took Plínio to not be alone there. Currently, the two are in Miami, in the United States.