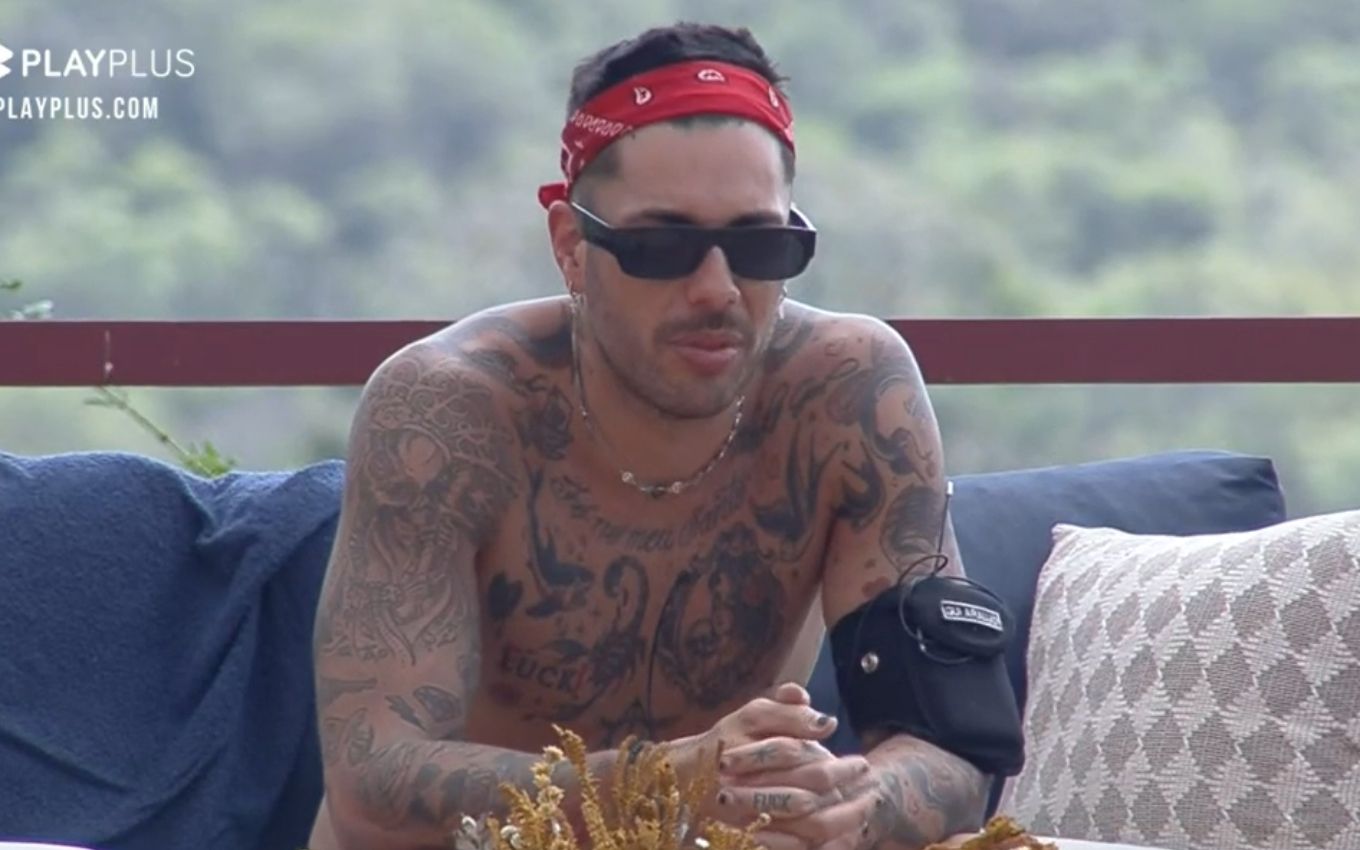 Gui Araujo confessed that he considered ringing the bell to leave A Fazenda 13. In a conversation with Laryssa Bottino on Wednesday afternoon (6), the ex-MTV said that he is homesick and that living with other pedestrians is very difficult.

“I miss even my bed. My dogs, my family,” he said. Lary replied that he understands his friend, but advised him to stay firm in the game, mainly because of the publicity he can get with the increase in visibility.

“That’s just why I’m here. I have to put up with it, there’s my family out there,” he said. Ariadna Arantes’ former friend also recalled that if he asks to leave, he will lose his fee and all the awards he has already won. “Yeah, there’s that too,” agreed Guilherme.

“What holds me here is that anyone wanted to change places with me. I prepared myself so much to be here that I forgot the psychological aspects. I think it’s just missing me,” concluded the former Vacationer.

“Yeah, it should be. At least you’ve been here, it’s been a month. There’s a video of 3 million,” recalled Laryssa, referring to Instagram followers — at the moment he totals 2.7 million and left a video prepared for when you hit the mark.

If he gave up, Gui Araujo would give Record a huge headache, which has already had to deal with two unexpected losses in the cast. The station even cast Laryssa Bottino for Fernanda Medrado, who rang the bell in the second week.

Two days later, it was Nego do Borel’s turn to leave the rural reality show. The singer was accused of vulnerable rape against Dayane Mello and ended up being expelled from the program. Record itself chose not to put anyone in the funkeiro’s place, mainly due to the difficulty caused by the pandemic.

To follow security protocols, Anitta’s former friend had to spend seven days confined to a hotel, undergo tests to detect Covid-19 and only entered A Fazenda 13 last Friday (1st), more than a week after leaving Medrado.