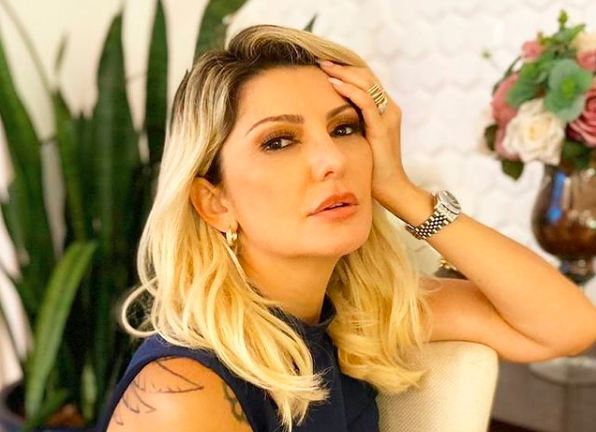 Influencer went to the networks, criticized the position of the champion of ‘Big Brother Brasil 21’, rebutting her accusations

Influencer Antonia Fontenelle sse manifested after being accused of xenophobia for using the term “paraíba” to criticize the DJ Ivis, who was filmed assaulting his partner. On social networks, Fontenelle published a video in which he denies having been xenophobic and attacks Juliette Freire, champion of the ‘BBB 21‘, who criticized the statements of the influencer. “You were cowardly in your attitude, Juliette, cowardly and irresponsible in accusing me of a crime as serious as xenophobia,” Fontenelle said in a video. In addition, the influencer also stated that she expected a different attitude from Juliette towards the case. “The right thing, as a woman, if you lived up to the opportunity that God gave you, to have more than 30 million people following you, is that you would come as a woman to decry the attitude of this scrotum male and female aggressor. But no, what did you do? You got together with these people who elected you, who do a disservice on the internet and it suits you, and came to attack another woman with disguised words”, continued Fontenelle, who also said that Juliette was champion of BBB 21 thanks to a ‘mafia digital’.

Last Monday, 12, Juliette rebutted a statement by Fontenelle in which the influencer said that “these people from Paraíba are a little successful and think they can do anything” when referring to DJ Ivis. However, the statement generated adverse reactions, which prompted her to go public with saying that the term was used as a “power of expression”. For Juliette, Fontenelle’s speech configures a case of xenophobia, which made the champion of the reality show manifest about the case. “It’s not power of expression, it’s xenophobia. There is no such thing as ‘being Paraíba’ and ‘making paraibada’. There is being from Paraíba or Paraíba, which I am very proud of. Get your prejudice out of the way, we’re going to pass it along with our culture and we’re not going to tolerate sexist and xenophobic attitudes anywhere,” said the woman from Paraíba in a post on social networks.

It’s not power of expression, it’s xenophobia. There is no such thing as “being Paraíba” and “making paraibada”. There is being PARAIBANA/O, which I am very proud of. Get your prejudice out of the way, we’re going to go through with our culture and we’re not going to tolerate sexist and xenophobic attitudes anywhere.