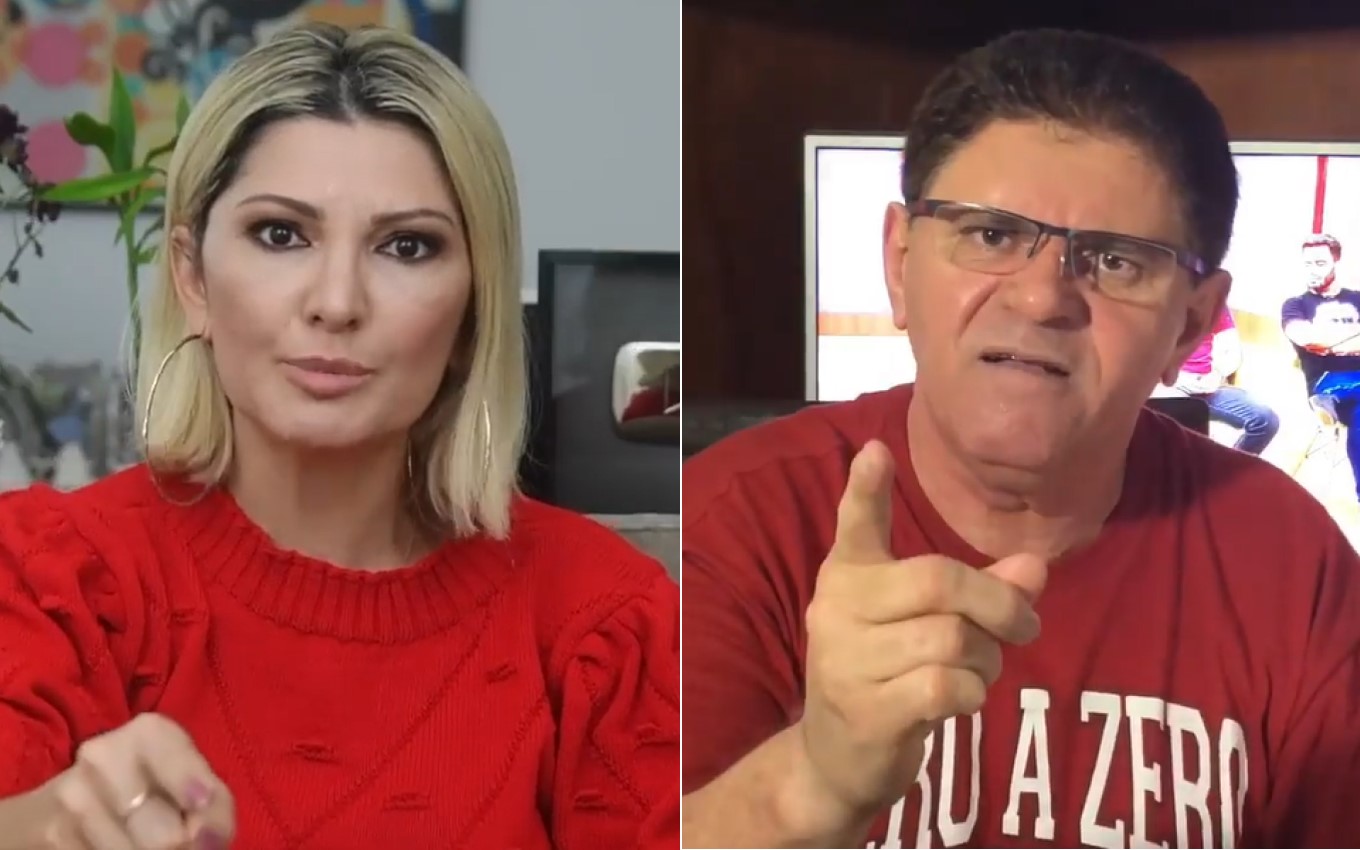 Antonia Fontenelle sued the comedian Ivanildo Gomes Nogueira, Batoré, for having been cursed as a “girl” and threatened with physical aggression by the actor and comedian in a video published on her YouTube channel. In the lawsuit, she asks for compensation of R $ 110,000 for moral damages, a public retraction and the exclusion of material from the internet.

The lawsuit was filed on March 5 at the Civil Court of the District Court of Mauá (SP), city where Batoré resides. And the document unravels all the problematization of the ex-SBT official’s speech about Antonia.

The video that generated the process was published on January 19, has a little over three minutes in length and a fiery speech by the comedian, who recorded with a clean face, without making use of the character that consecrated him in the times of A Praça É Our.

Batoré vented about a criticism that Antonia published on her social networks about the beating suffered by Henri Castelli in Alagoas, which resulted in a fracture of the bone of her skull. The youtuber questioned local security and exposed the state’s crime rate, which is one of the highest in the country.

He understood his rival’s lines as an attack on the entire Northeast. He called Antonia a “girl”, questioned her professional trajectory, as well as her marriage to Marcos Paulo (1951-2012), in addition to saying that she would be beaten on the streets if she decided to go to any state in the Northeast.

“In this world of ours here, São Paulo and Rio de Janeiro, a girl sets up a blog and a journalist is already out there … I don’t know what, I don’t know what. Do you realize that you are too small to talk about the Northeast? Are you so insignificant comparing you to my Northeast? Wash your mouth before speaking ill of the Northeast. There are the best beaches in the world, there are the most welcoming people in the world. And thank God you are not there. , that your mouth must have strolled through places where the Northeast sewage network is cleaner “, said Batoré in part of the video.

Throughout the material, several harsh words were used. And the comedian ended with a piece of advice, which Antonia interpreted as a threat to her physical integrity.

“Now, Antonia Fontenelle, if I were you, I wouldn’t go there. No tourist, no tourist woman will be beaten, but you don’t know anymore, because the women there are very angry with you,” he said.

Fontenelle’s lawyers scanned Batoré’s YouTube channel and identified several similar videos, with attacks on other people of great media projection, such as presenter Luciano Huck and the mayor of São Paulo, Bruno Covas. In all of them, they identified an aggressive tone in the humorist’s statements.

They interpreted this to be the way Batoré found to attract views and, consequently, make money on the platform. In the action, Fontenelle uses a certain irony to expose that Ivanildo’s page has few followers and his videos are considered “inexpressive”, for not more than 100 views. But the attacks on public people have a certain prominence and reach a few thousand curious people.

In the initial protocol filed in court, the lawyers say that Batoré “distorted the author’s image before her family, close friends, co-workers and all the people of the Northeast, in short, before the whole society” when saying in the video that Antonia’s husband ” he had to die, because if Marcos Paulo were alive, you were still dead “.

Faced with the attacks, Antonia’s lawyers asked the court to force Batoré to take his video off the air and make a public retraction in a new video, similar to the time that motivated the process. He also appealed for urgent relief and asked that the lawsuit be kept confidential, in addition to the indemnity of R $ 110,000 for moral damages and the transfer of procedural costs to the comedian.

On March 8, Judge Anderson José Borges da Mota barred the request for urgent relief, and did not determine the exclusion of Batoré’s video from his YouTube channel. He also rejected the secrecy of justice on the case.

The former SBT employee was given a period of 15 days to speak out, but so far he has not presented his defense. The report sought out Batoré, who did not respond to messages sent by WhatsApp until the publication of this text.

Watch the video that motivated Antonia Fontenelle’s lawsuit against Batoré: