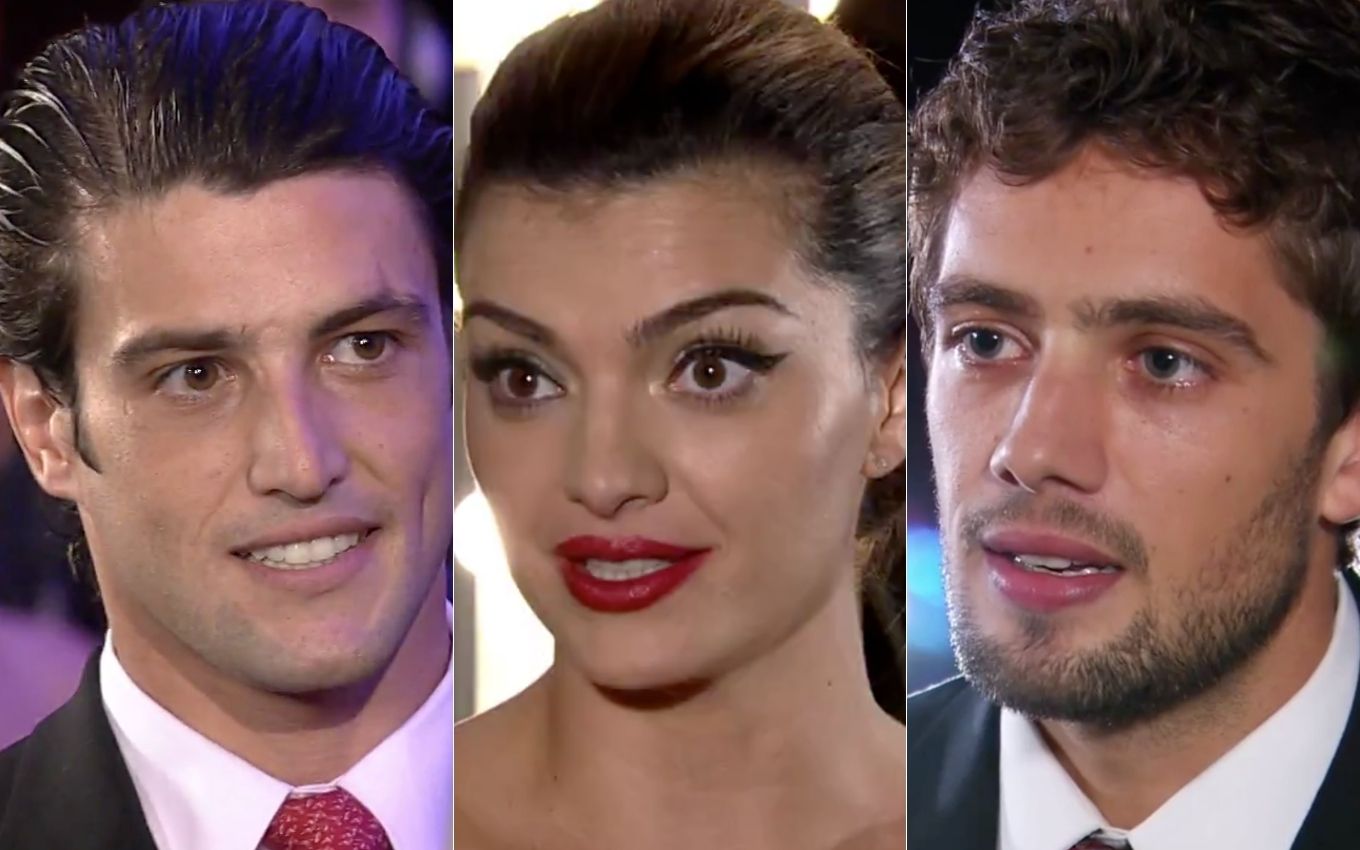 Desirée (Mayana Neiva) has to choose between Armandinho (Alexandre Slaviero) and Jorgito (Rafael Cardoso) until the end of Ti Ti Ti. The model started the plot with the handyman. However, the boy’s jealousy made the couple move away, and the girl was enchanted by Rebeca’s son (Christiane Torloni). Who will she stay with? A lot is still going to happen, but the model will have a happy outcome with the playboy.

Nicole’s daughter (Elizangela) will still have many comings and goings with the two boys until the last chapters of the rerun of Vale a Pena Ver de Novo. In the final stretch, she will be ambushed by Mocinha’s grandson (Maria Célia Camargo) before marrying Camila’s brother (Maria Helena Chira).

At this point, Stefany (Sophie Charlotte) will have made the head of her ex-husband to kidnap her rival on the day of her relationship with the rich man. The smart one will have planned the trap to get rid of the two at once.

Armandinho will fall for the perguete talk and will drug Desirée. The young man will take the model to a boat, and they will have an accident at sea. The vessel will have been sabotaged by the character of Sophie Charlotte, as the villain wants to keep the legacy of the handyman and conquer Jorgito.

Thus, the pair will be on a desert island for a few days. Luckily, a helicopter will find them, and the ex-couple will return to São Paulo.

Desiree and Jorgito; Armandinho and Amanda

With Desirée alive, Stefany will plan another plot to end his cousin’s relationship. She will say on Sueli Pedrosa’s (Tuna Dwek) show that she is pregnant with Jorgito.

Armandinho will prevent the perguete’s new trick. On dry land, Magali’s brother (Lucia Bronstein) will realize that his relationship with the model has no return and will help her settle down with the playboy.

Dona Mocinha’s grandson (Maria Célia Camargo) will be able to record the perguete explaining all his diabolical plan to his mother, Daguilene (Daniela Escobar). He will demand that his ex-wife tell the press everything or put the audio on the internet so everyone knows the truth.

With no choice, the character played by Sophie Charlotte will admit she lied about her pregnancy and leave the way clear for Desirée to be happy with Jorgito.

Armandinho, on the other hand, will have another chance at love. The handsome guy will undergo therapy to deal with his stormy temper and will finish the soap opera alongside Amanda (Thaila Ayala).