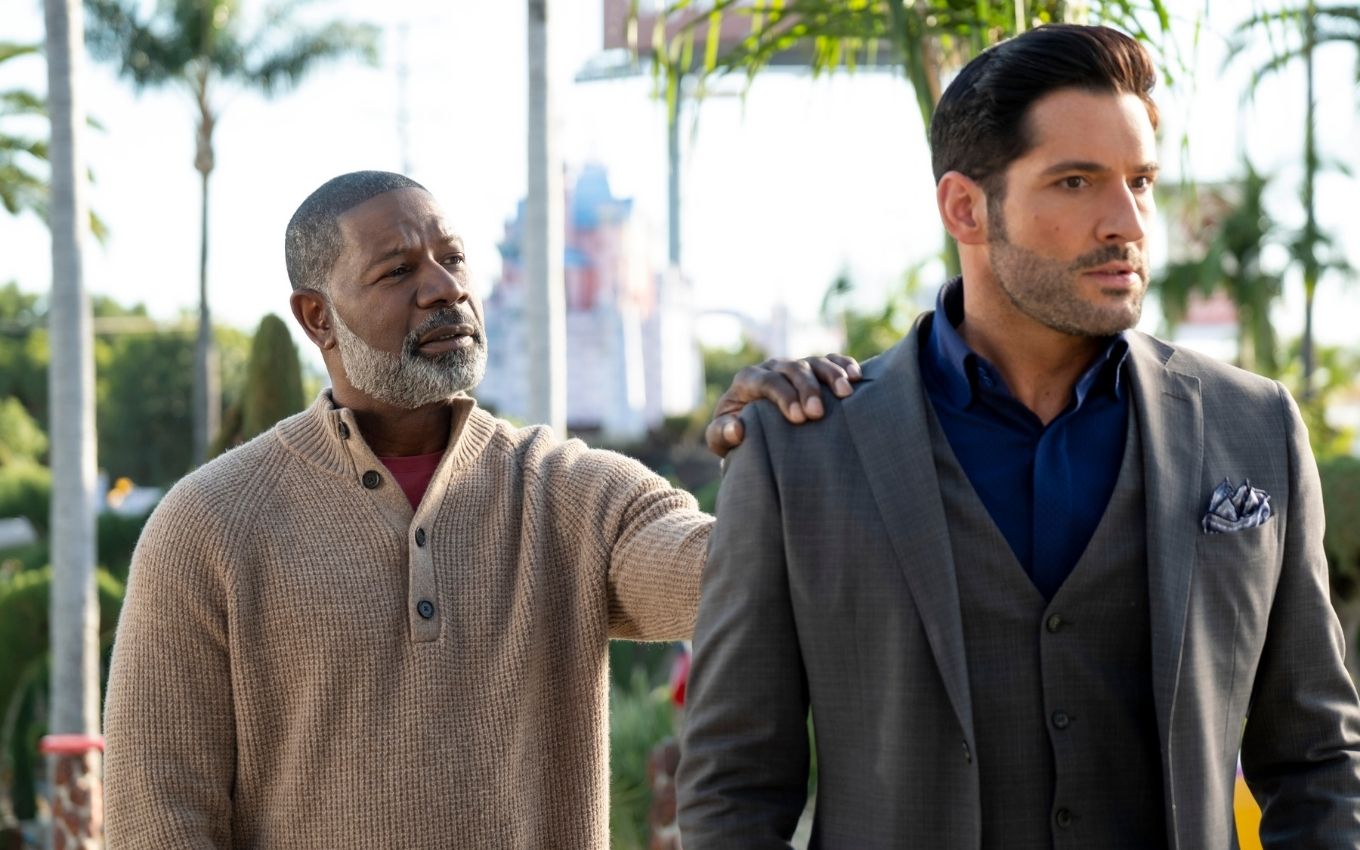 Redeemed from the cancellation by Netflix, Lucifer lived his most daring and creative time in streaming. However, the insistence on following the “case of the week” format put her in the direction of imminent wear, felt more strongly in the second part of the fifth season, which reaches the catalog this Friday (28).

Main reason for the success of the series, the charisma of Tom Ellis does not allow the level of production to make it lower than it once was. Even far from his anti-hero days, Lucifer remains as sharp as ever, keeping the best dialogues to himself. The arrival of God, experienced by Dennis Haysbert, also brings the necessary freshness to the production.

Despite being cited constantly since the first year, God was only introduced in the flesh at the end of the first part of the fifth season. The appearance of the Almighty affects all the characters, mainly Lucifer, Miguel (also Tom Ellis) and Amenadiel (DB Woodside).

God’s presence makes the opening episodes more like a big family therapy session. The little affair with the “children” for thousands of years has caused the angelic trio to create traumas and manias that they have been carrying for millennia – mainly Lucifer, the most affected of them.

Banished from Paradise and imprisoned in the condition of lord of Hell, the protagonist carries a grief from his father that emerges even more with his arrival. Also charismatic, Haysbert interprets the God who represents the vision of many: wise, but who writes in crooked lines. The weight of his holiness delivers comedic moments, especially in his dynamics with the humans in the series, such as Linda (Rachael Harris) and Dan (Kevin Alejandro).

Main representative of the human nucleus, Chloe (Lauren German) is the one that most loses with the wear and tear of the series. With the plot focused on celestial problems, the detective is relegated to the role of Lucifer’s romantic couple. Unlike the imposing and interesting character that she presented in previous years, the protagonist loses strength and only returns to prominence in the final moments of the season.

Lucifer and Chloe in season five

With eight episodes, the second part of the fifth year is a clear example that, even if the sixth season was not made official as the last, Lucifer would already be moving towards its end. In an attempt to do something different, showrunners Ildy Modrovich and Joe Henderson produced two episodes that contrast the creative breath with the perceived saturation.

Celestial Karaoke, the third of this series, presents the musical episode promised by the producers last year. Apparently pointless, it shows a perfect balance. All the songs, from Queen band to the show Os Miseráveis, were handpicked to have connection with the series.

This connection is justified not only by the occasions when they are inserted, but by the presence of God on Earth. As a way to provoke Lucifer, he makes people around him start singing and dancing, and the result is satisfactory.

On the other hand, Nu e Com Medo, the fifth of the second part, centered entirely on Dan Espinoza, is the famous filler, the name given to the episode that adds nothing or influences the continuity of the plot, created only to complete a story when creativity is lacking. Once again, the narrative is inflated with a case of the week, just to give some character to Alejandro’s character.

Even with all the wear and tear, Lucifer ends his fifth year in a commendable way and with twists and turns that promise to surprise fans. After a grand finale, the sixth season promises to explore the full potential of the character of Tom Ellis and put a worthy end point to a series that survived limbo and managed to return from the underworld to dominate streaming.