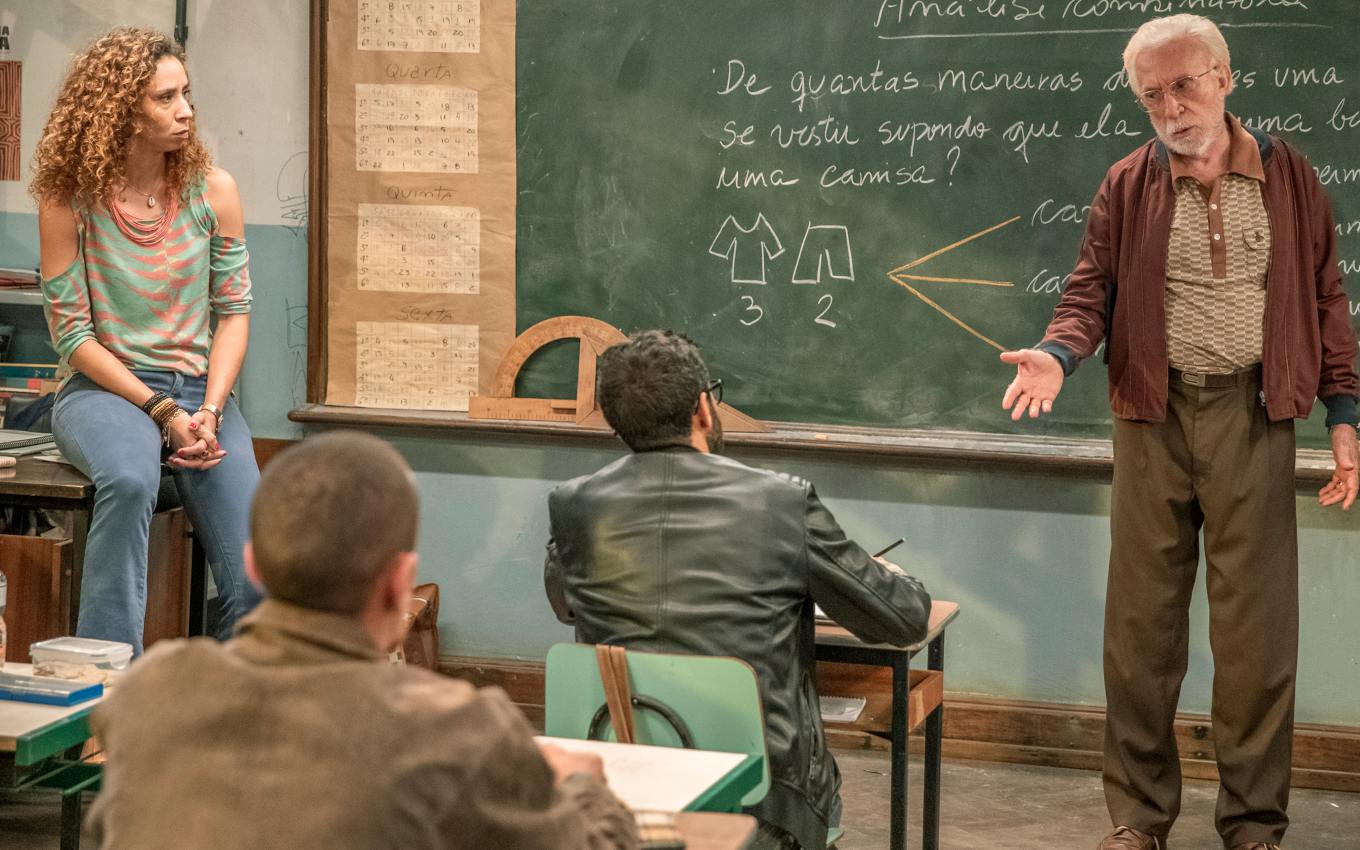 Moacyr Franco is the highlight of the first episode of the new season of Second Call, which premiered on Friday (10) on Globoplay. At first, his character inspires feelings of tenderness in the viewer, as he is an elderly and amiable man who decides to go back to school. But throughout the scenes, the audience discovers that reality is much more difficult and moving than it seems.

Franco’s character is one of the new students at the school in the series, which works in the EJA (Youth and Adult Education) modality. His name is Gilsinho and he starts the school year very excited to finally be able to finish his studies.

The drama begins when Gilsinho quickly forgets about things. He enters a classroom and soon no longer remembers what subject is being explained there.

The situation gets complicated when the character finds another student sitting in his place and picks up a fight with him, even physically attacking his colleague.

The problem soon inspires pity in teachers, because clearly Gilsinho has some disorder. He then reveals that he suffers from Alzheimer’s, a disease that causes severe memory loss. In very moving scenes, the character says he wants to go back to studying and graduating before he completely forgets.

Gilsinho is one of the few new students enrolled in the Second Call school. In this new season, one of the themes is school dropout and the complicated situation in which many EJA schools find themselves. During the pandemic, many students dropped out of classes, due to various difficulties faced, and several schools closed due to lack of enrollment.

“In our series, the theme is education, but as it is for young people and adults, all these characters have their pain, wounds, previous stories. We see that these stories directly influence learning, in the way of getting to finish or not”, he says Carla Faour, one of the authors and creators of the series.

“School is this portal of transformation, of light. As much as we talk about the difficulties of their lives, the fact that they are there, resisting, with the attitude of going back to school, is a look of hope. School is a place of hope,” she adds.

The six episodes of Season Two of Second Call are available on Globoplay.