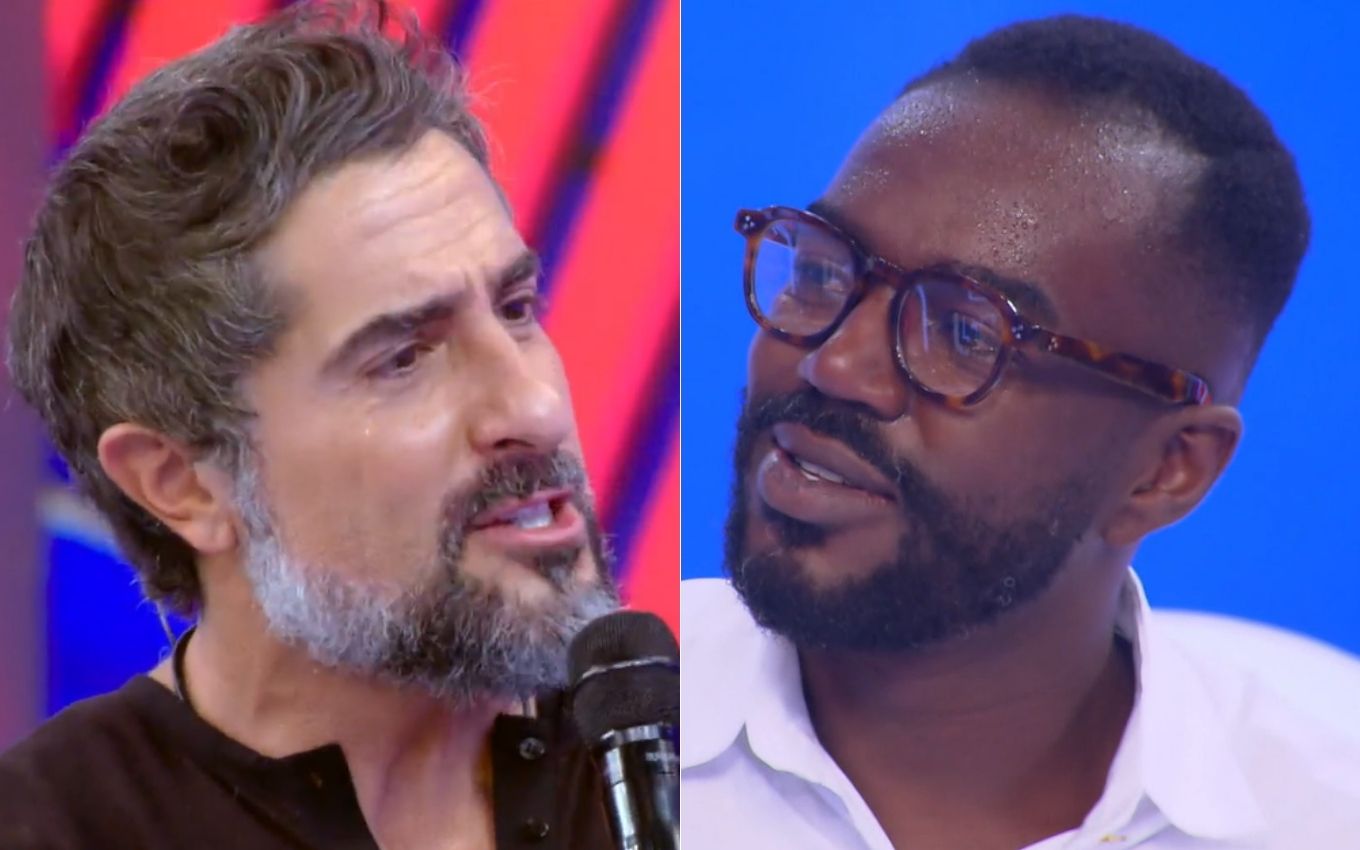 Marcos Mion cried during the Caldeirão this Saturday (9). During the film Sobe o Som, actor Jonathan Azevedo gave an outburst about the fight against racism and the importance of the family. In the report, Sabiá’s interpreter in A Força do Querer (2017) quoted the presenter’s son, which brought tears to the Globo contractor.

“This guy has the gift of touching me every time he talks to me. Every time [ele] make me cry. The love you feel for life, for yours and that you share. For example, one thing you didn’t need, but insist on representing and telling me, is the love you have for my son, Romeo. Every time, you make a point of saying it so truthfully because what he needs is recognition,” Mion said through her tears.

The presenter couldn’t hold back the emotion and was speechless. At that moment, Azevedo broke protocol and hugged Mion, while the audience applauded the outburst of the new commander of the Saturday afternoon program.

During the musical dispute, the actor celebrated professional recognition and the purchase of an apartment for his parents. “Every time I’m in this place, when I see a light like that, I imagine this Brazil where, every 23 minutes, a young black man dies. I keep thinking about this Brazil where the trans woman is the most murdered, the black woman is murdered” , started Azevedo.

“Within this realization, which wasn’t just mine, but this black woman who raised me. So, when I see your relationship with Romeuzão, that’s what I believe. It’s my brother I believe in, my community. I believe in it. in young people, who are about to build something better. There are a lot of good people in this world”, reinforced the artist.